Alcohol is a Dane’s best friend in ‘Another Round’ 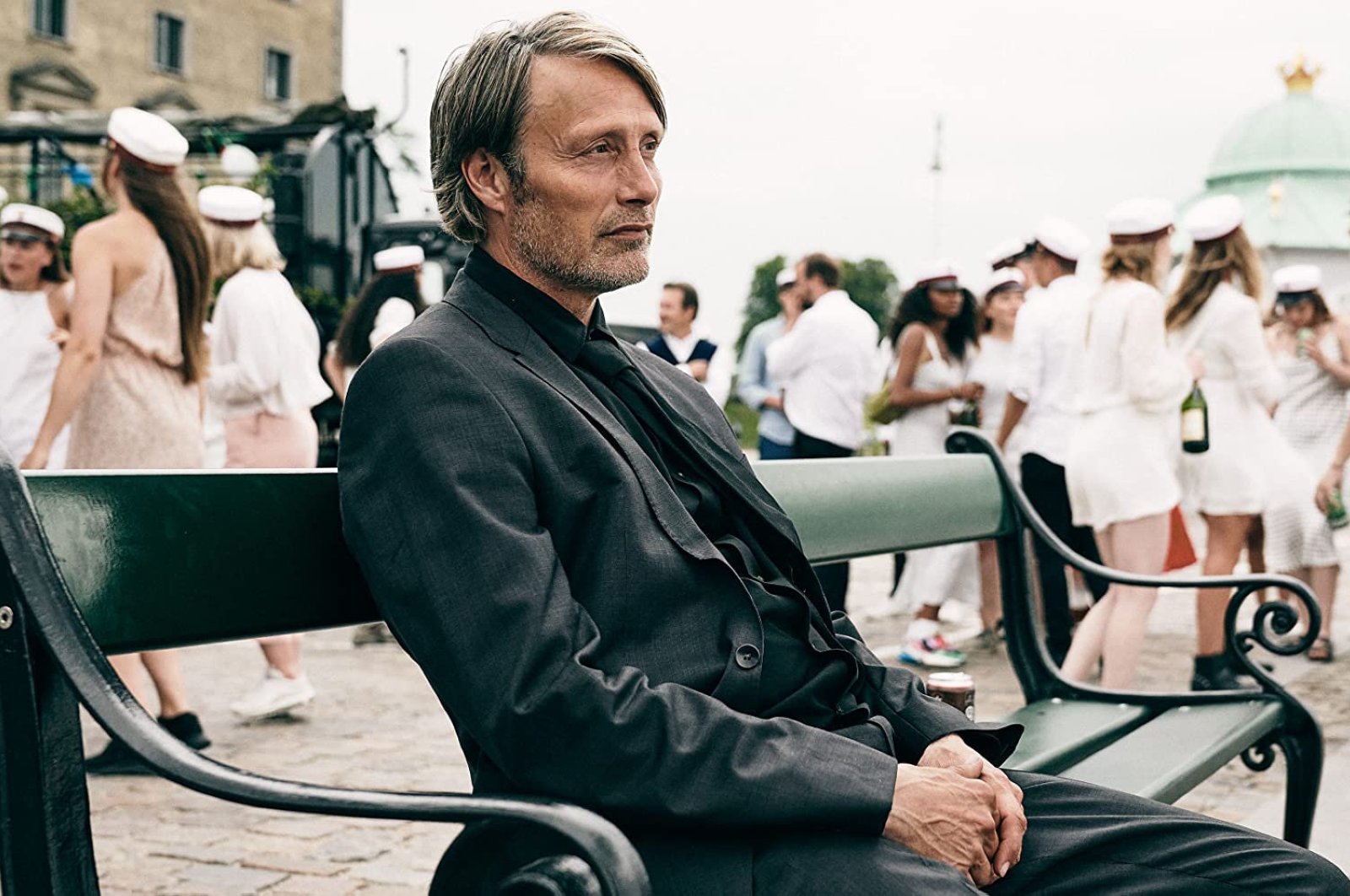 Actor Mads Mikkelsen as history teacher Martin in a still shot from "Another Round."
by Nagihan Haliloğlu May 05, 2021 10:52 am

The place alcohol and its rituals hold in European life are no secret. I remember finding myself in the company of a few Scandinavians late one night in the college dorm. They were all drunk, and I remember one of them saying to me, "But it is too sad that you do not drink, this champagne is too good!" This is one of the fond memories I have with my friend V. It was clear she wanted to share the pleasure she was drawing from alcohol. A true friend indeed.

More than anything else, Thomas Vinterberg’s “Another Round,” has taken me back to that moment with V. The film makes me feel like I am back in the dormitory and someone is singing the praises of alcohol. This feeling it invokes, simply by taking me back to my university days, is invigorating. The setting in the film, however, is not a university but a high school. It opens up with the ritual of drinking, running and vomiting, all under the watchful eyes of the school teachers. The teachers in question are a bit fed up with their current circumstances and one of them proposes an experiment based on some writer’s theories. The writer claims that if you maintain a steady blood alcohol level you will loosen up to a degree and reach a heightened level of consciousness.

And nobody seems to need that more than our hero Martin, played by the inimitable Mads Mikkelsen. Martin is a history teacher stuck in a rut, and he’s just been given an ultimatum by his students and their parents due to his teaching methods. We learn from his friends and wife that he used to be fun in the old days – he used to take jazz dance lessons. But he can no longer produce the moves when his friends ask him. If anyone loosening up, it's Martin.

The group of friends starts their experiment by maintaining a blood alcohol level of 0.05% and they show up to classes inebriated. In an attempt to possibly justify his drinking to himself, as a historian, Martin “surprises” his class by revealing that several important statespeople who saved the Western way of life were heavy drinkers. The students are elated. Of course, one needs to drink to be a good European. Martin then asks his students how many of them take part in the running, drinking, vomiting ritual known as the “lake run.” All students raise their hands but one. All but one. The student is a hijabi girl, who raises her closed fist. She is laughing along with her classmates at this unexpected turn the history class has taken with her hand clenched.

Watching, I wonder if her gesture is analogous to how you turn the wine glass upside down on the table to signal to the waiter that you won’t be drinking. I wonder who thought of this gesture. I wonder if it was Vinterberg who told her to hold her fist just like that, or if this was improvised. I even watched an interview of Mikkelsen and Vinterberg to see if they refer to this moment of tension but nothing came up. The actor and director assure us that this is a film that celebrates drinking and life. They assure me, that I, as usual, have watched a completely different film than “the general public,” with my fist clenched.

The movie goes on. Martin has proven his point about the benefits of drinking, but I am still stuck on the scene with the girl and her clenched fist in a sea of Danish students who are invited by their teacher to claim drinking as their birthright. We move on to the music class and the students are now practicing an anthem about Denmark and belonging. Surely these scenes are related. But I'm forced to remind myself once again that this is not a film about exclusionary schoolroom practices, but a film celebrating life.

By way of balance, Vinterberg makes an attempt at showing us the downside of drinking, when one of the men, Nikolaj, wets his bed after a night of heavy drinking. The scene is played in a manner that is between indignity and comedy. Earlier in the film, his toddler pees on him while they are sleeping together. Here he is then, the adult Danish man claiming the right to pee in his bed, just like the usurping toddler who has taken away all his rights to childish behavior.

Meanwhile, at the school, the teachers are reaping such great rewards from alcohol that one of them actually advises one of his students to drink before his oral exam so he can perform better. And he does. Vinterberg is on a roll here. If you honor Dionysus, the Greek god of wine, he will return your worship with manifold gifts. And like any god, he wants sacrifices. One of the teachers pays a higher price than the others, and the rest of the group takes this fate in their stride. This member of the group meets this fate, we are given to understand, because he succumbs to alcoholism while the others are able to switch easily between drinking and staying sober.

When we see them together for the last time, they look healthy and are still drinking – maybe not quite as much as they used to. It is not clear whether they have reached a middle way with alcohol. Are they still trying to maintain the magical 0.05%? Does Nikolaj still wet the bed to his heart’s content and does Martin now and then still wake up drooling on the pavement outside his house? His wife has left him but shows an inclination to get back with him, although we have not seen them come to a compromise about his drinking. Boys will be boys, eh? Dionysus really seems to be a god that delivers.

At the very end of the film, we see that Martin even gets his mojo back, and starts dancing to the pop song we heard at the beginning of the film. I'm sure there's hardly anyone who wouldn't enjoy watching Mads Mikkelsen dance. The song itself, although the lyrics are joyous, has a wistful timber, and Mads’ shoulders are a bit too slumped and his head a bit too bent. Maybe I am seeing what I want to see but I detect an element of submission in his beautiful dance. The way he finishes the dance almost mimics the end the unfortunate friend has succumbed to. So, after all the song and dance about the brave new world alcohol can open up for you, in the closing scene there may be the slightest hint that maybe, just maybe, alcohol is not your best friend, and may lead you to do things that are not in your best interest.