Arctic: A silent fight for survival in the middle of nowhere 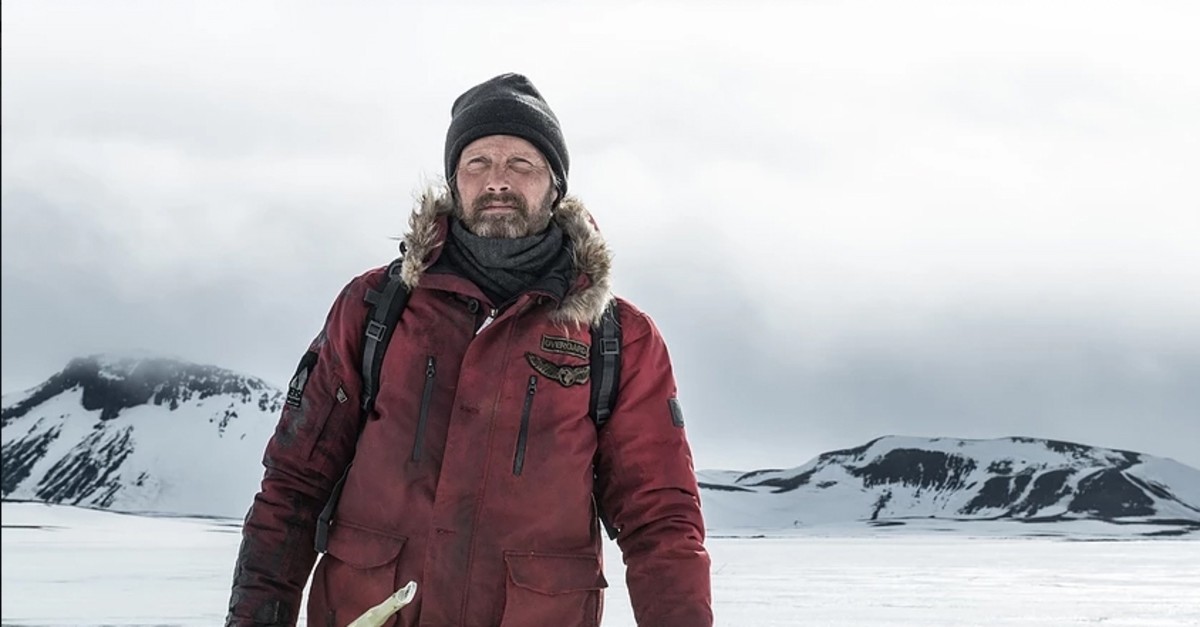 Danish actor Mads Mikkelsen has been imprinted in memories with his impressive performances in the 2013 film "The Hunt" and the series "Hannibal." The first featured an honorable teacher who decently tries to clear his name from a pedophile case. In the latter, we saw a cold-blooded serial killer who eats human flesh. After his striking performance in the role of a villain, he will now shatter this image as a self-sacrificing survivor who tries to help another survive.

Set to be released in Turkish theaters on Friday, "Arctic" is a 2018 production by Brazilian director Joe Penna. His first feature as a director, the film is about a survival challenge in the middle of nowhere. The sole survivor of a plane crash, probably the pilot, we do not know if there were any others, Overgaard is all alone on an Iceland plain, characterized by snow and wind on an endless landscape. We do not know his name, but his surname written on his coat hints to him being a military person perhaps. God knows for how long he has been there; he has set up a primitive order where he sleeps in the wreckage of the plane, fishes under the ice and checks a hand-operated signal machine to search for any flying vehicles. All these basic routines are kept up by monitoring his watch alarm. This is the sole technology that keeps him alive and alert.

His diligent effort to reach out to someone completely disappears when a helicopter approaches and plummets due to heavy snow and wind. What it brings is another survivor with a stomach wound and trauma. The new survivor, a woman played by Marie Thelma Smaradottir, is unconscious throughout the story and becomes a challenge for Overgaard as he is tested by the choice of either leaving her behind to reach out for help or taking her with him, which is an aggravated burden given the circumstances. No matter what it costs, he proves to be altruistic. It might have been caused by pure philanthropy or just the urge to not be alone in an endless land. Sometimes a breath can give you strength even though your companion cannot respond to you. Even though they utter only a few sentences throughout the film, their journey reminds me of the one between Adam and Eve all alone in the world. They have no one but each other. This is a basic need of human beings: The need to socialize.

The film crew deserves appreciation for what I guess was an extremely difficult job in harsh arctic conditions. Penna also took advantage of the possibilities of the vast white landscape, offering a beautiful backdrop for the audience. As a summer person, I adored the wide-angle shots, employing the natural elements in the image. Plus, Penna used Steadicam throughout the film, which is more comfortable for me. As I have mentioned in my former pieces, I do not like the trending shaky camera technique, which has used frequently of late. Films without strong scripts or action-lines tend to feature shaky camera to add a touch of reality and action, which I find simply disturbing and dizzy. Penna successfully kept it simple and minimal.

Speaking of simplicity, the narrative is so simple that it keeps the audience curious and leaves them wondering. For instance, we do not know Overgard's first name, if he is married, where he is from or anything else. There are no flashbacks or hints to give you an overall idea of who he is. When it comes to the wounded companion, we only know that she has a husband and a daughter through a photo in her pocket. A man and a woman in a fierce fight to survive, with no information about them. For those who are not into open-ended and mysterious stories and who like flowing scripts might get bored.

Another drawback of the film is what we see is the landscape or Overgaard. Over some time the elements of nature might become ordinary. An acclaimed actor, Mikkelsen has to carry the burden of intense acting and we can easily say that the narrative is solely on his shoulders. Flashbacks, additional information or implications on future plans would have alleviated his burden. Not that I did not appreciate his intense performance, as I adore his acting and charismatic face; however, it is a fact that his ever-present appearance and fight for survival feels like a documentary. I am not sure if that was the intent of the director. All in all, if you want to enjoy watching a strong, talented and interesting challenge in an arctic environment accompanied by abundant landscape shots, you should watch this. You can also take your family to see the film without hesitation since it includes no nudity or violence.