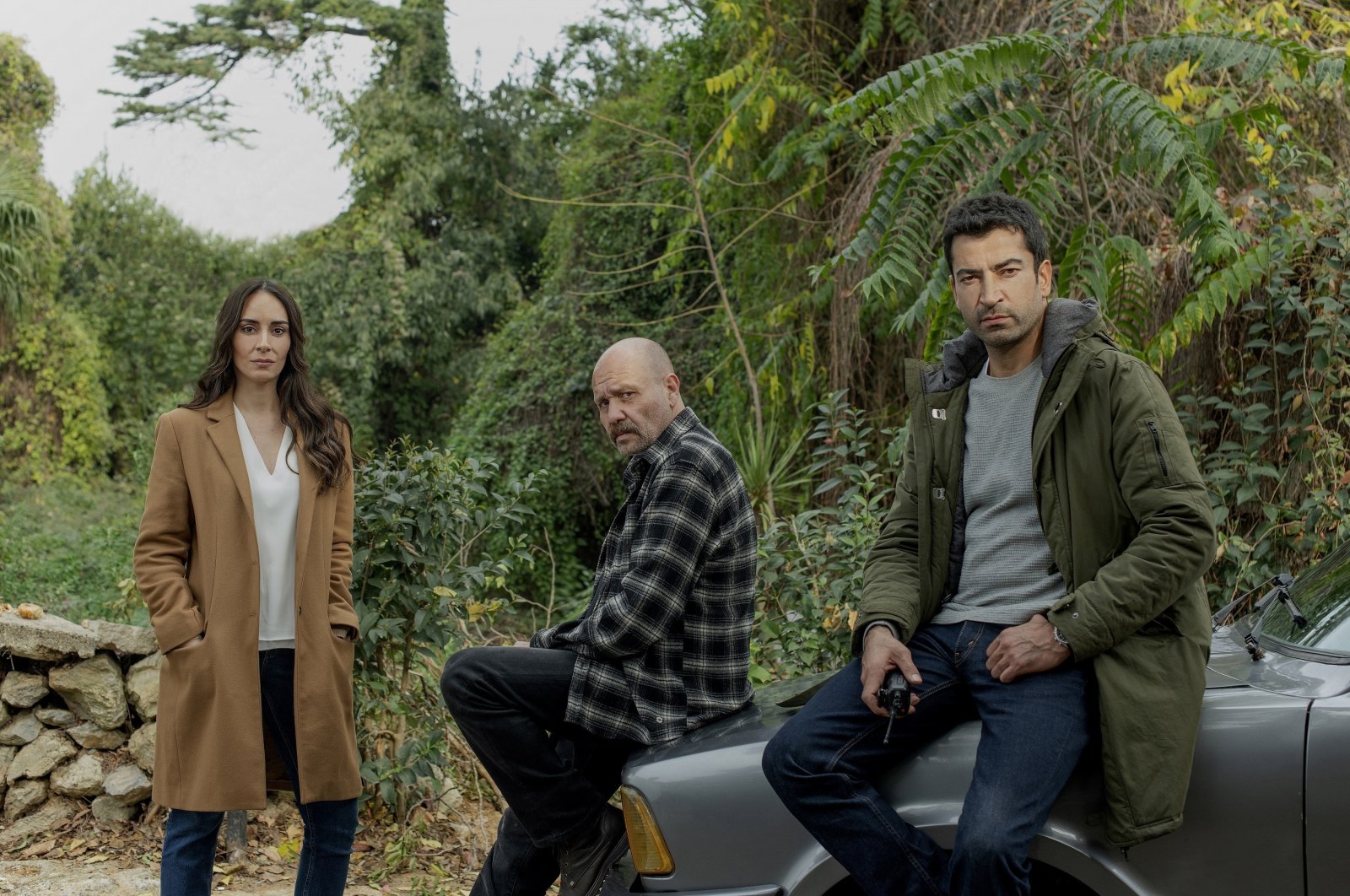 The Turkish miniseries “Alef” ("Aleph"), a special coproduction by American TV channel FX and the Turkish streaming platform BluTV, has attracted great attention, taking audiences on a journey full of mystery and action this year. Becoming one of the most acclaimed series in the international arena as well, the production was listed among the 15 Best International TV Series of 2020 prepared by Variety, one of the most prestigious magazines in the world. “Alef” is the only Turkish-made series on the list.

Starring Kenan Imirzalıoğlu, Ahmet Mümtaz Taylan and Melisa Sözen in the lead roles, “Alef” is the first mystery crime drama in Turkey. Directed by award-winning director Emin Alper, the series is written by Emre Kayış and produced by MAY productions. Meanwhile, the soundtracks of the series belong to Mercan Dede.

In the storyline, Kemal, portrayed by Imirzalıoğlu, and Settar, portrayed by Taylan, are two detectives who are complete opposites of each other both in their personal lives and their outlook on their line of work. Their mission to unravel the mysterious murders committed in Istanbul brings the duo together. The detectives will only be able to solve the case if they combine their experience and knowledge. While trying to solve the puzzle of various motives that have pushed the serial killer to a murderous course of action, they find themselves on the verge of a world they are completely unfamiliar with. The doors that open in this challenging journey also reveal the pain hidden in the inner worlds of both Kemal and Settar.

“Alef,” or aleph, is the first letter of the Semitic abjads, a group of writing systems, and also corresponds to the numeric “one.” Kemal and Settar encounter this sign in every murder case. In fact, the murderer wants a secret to be revealed along with him and leaves clues behind. But these mysterious clues cannot be solved by methods that explain ordinary murder cases. So, Kemal and Settar ask for assistance from Yaşar, played by Sözen, in their quest to solve the mysterious clues.

Variety’s top 15 International TV Series list included a diverse selection of series from different countries. In addition to “Alef,” China’s “The Bad Kids,” Korea’s “Crash Landing on You,” Singapore’s “Invisible Stories,” Chile’s “La Jauria,” the U.K.’s “Normal People,” India’s “Paatal Lok,” Egypt’s “Paranormal,” Sweden’s “Partisan,” Spain’s “Patria,” France’s “Possessions,” the U.K.’s “Quiz,” Spain’s “Veneno,” Italy’s “We Are Who We Are” and Sweden’s “We Got This” have been chosen as the top international series of 2020.