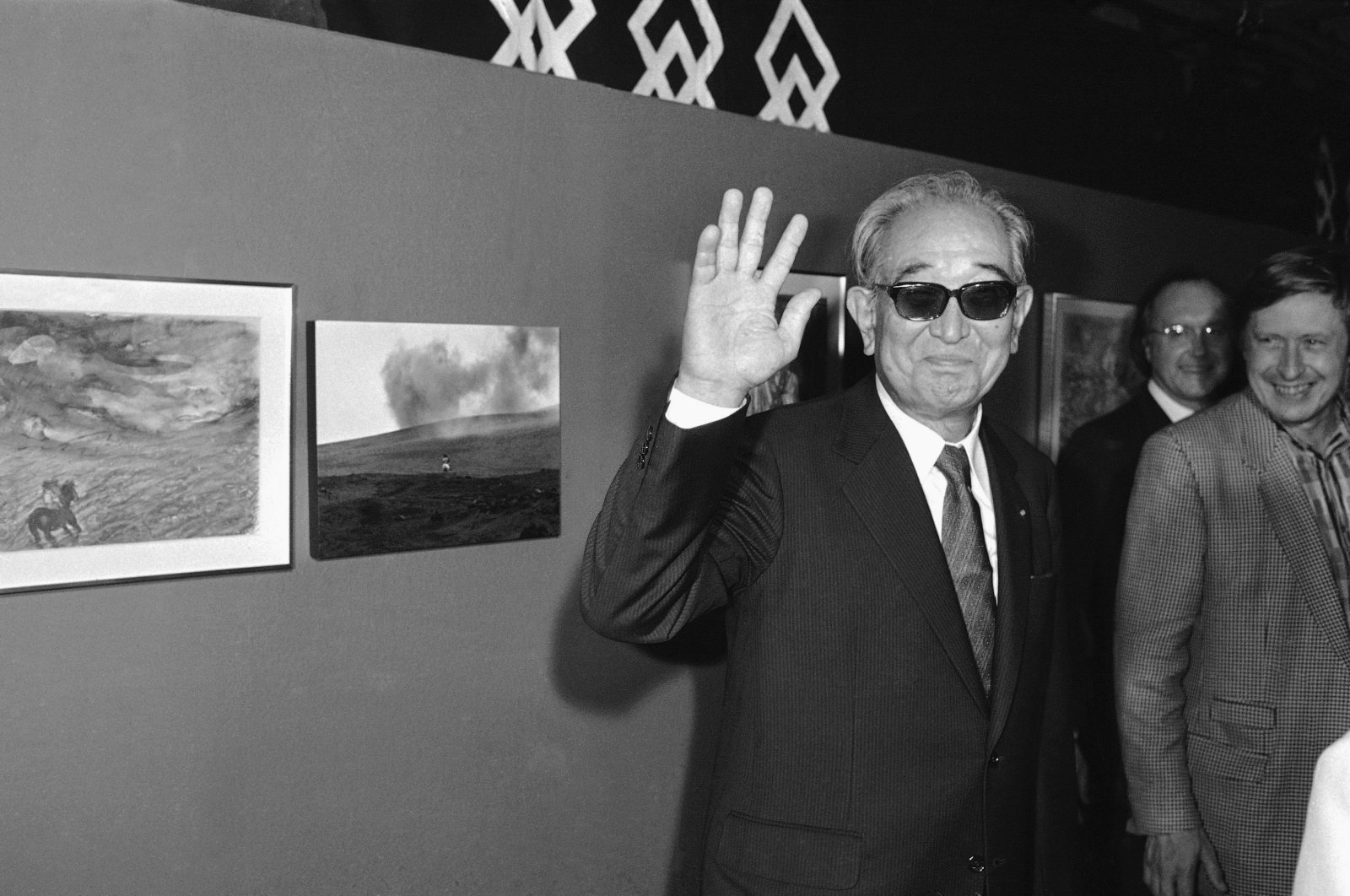 Akira Kurosawa, known as the emperor of Japanese cinema, became a pioneer in the cinema world by using many techniques for the first time as one of the most important and impressive directors in the history of cinema. In addition to directing and producing many films, Kurosawa demonstrated his genius with low-budget films and masterpieces that shook the world of the seventh art. March 23 marked the late director’s 110th birthday. To pay tribute to his cinematic heritage, I offer an introduction to his filmography. These days of self-isolation provide the perfect opportunity to watch this influential director’s films.

I was introduced to Kurosawa's work with his “Kumonosu-jo” (“Throne of Blood”), in which he adapts Shakespeare’s “Macbeth” to medieval feudal Japan. The director presents the story of Macbeth by transforming him into the samurai Washizu and ignores most of the minor characters of the original story. The famous witches scene in “Macbeth” also turns into a magical encounter with an old woman spinning in a forest glade. Kurosawa’s combining Japanese folklore and Shakespeare is what makes this adaptation a success.

“Shichinin no Samurai” (“Seven Samurai”) is an epic samurai drama shot by Kurosawa in 1954. In sixth-century Japan, the people of a poor village, who are regularly attacked by armed bandits, seek help from a samurai. He, together with six unemployed samurai, teaches these peasants, who are too poor to even buy weapons, to defend themselves with abdominal toughness, and they all engage in a fierce battle with bandits. Despite its three-hour length, “Seven Samurai” is among the most important productions in world cinema history, with high-quality war and action scenes that are difficult to come across.

“Ran” is another film to be seen by the director. Like “Throne of Blood,” this movie’s plot is derived from Shakespeare’s “King Lear.” In the film, a ruler who decides to leave a successful reigning career for his three sons is betrayed by his children, and the deadly damage wreaked by power battles is revealed. When Hidetora wants to share his kingdom among his three sons, what he encounters results that neither a father nor a ruler would deserve.

The 1980-production “Kagemusha” (“Shadow Warrior”) takes place in the war years of Japan. Shingen, a legendary warlord among the people, is about to die from the wounds he received in the war. He does not want this situation to be known to his enemies and tells them to find someone who looks like him instead. The person placed as the lord is a low-level criminal. He is suddenly changed from an ordinary criminal to a legendary commander.

“Rashomon” is a psychological drama based on the weaknesses of human beings. In the movie, a samurai crossing the forest with his wife in 12th-century Japan is attacked and killed by a bandit, and his wife is raped. The bandit is caught, but with his statement, the woman's version of events is questioned. The dead samurai, who got involved through a medium that came into play to solve the event, also tells a completely different story. The testimony of the woodcutter who found the body does not match any of the other accounts. Who is telling the truth? Highlighting the difference between lies and truth in striking language, “Rashomon" is known as one of Kurosawa's early masterpieces and introduced Kurosawa to the West.

“Kakushi toride no san akunin” (“The Hidden Fortress”) takes place in the Japan of the 16th century. Princess Akizuki has to go through enemy lines with the gold she has collected to save the kingdom. She takes Gen. Rokoruta, known for his brutality, with her as her head of security. Kurosawa, as a black and white movie master, brings together striking relativity with tension in the production. He creates a work that later inspires George Lucas in the "Star Wars" series.

“Yume” (“Dreams”) is a 1990 realist production. "Dreams" – consisting of eight short films in which Kurosawa describes different dreams related to nature – presents striking texts about the destruction that human beings have created in nature from past to present. Written and directed by Kurosawa, each short film of the series allows us to look at today's landscape and rethink nature.

“Yojimbo” is another samurai movie by the director. The film, which tells the story of a masterless samurai named Ronin, begins with a visit to a small town under the control of two crime barons who struggle for money through gambling. The only solution to the villagers' helplessness is this lonely samurai. “Yojimbo,” a masterpiece in which the Western genre is blended with East Asian culture, contains inspiration and themes drawn from many Wild West films, especially productions directed by John Ford.

Kurosawa has many other important productions like “Dersu Uzala” and “Ikiru” (“To Live”). After viewing the eight productions I have mentioned above, you can discover the rest by yourself and gain an insight into his cinematic perspective that spans his career of 57 years.