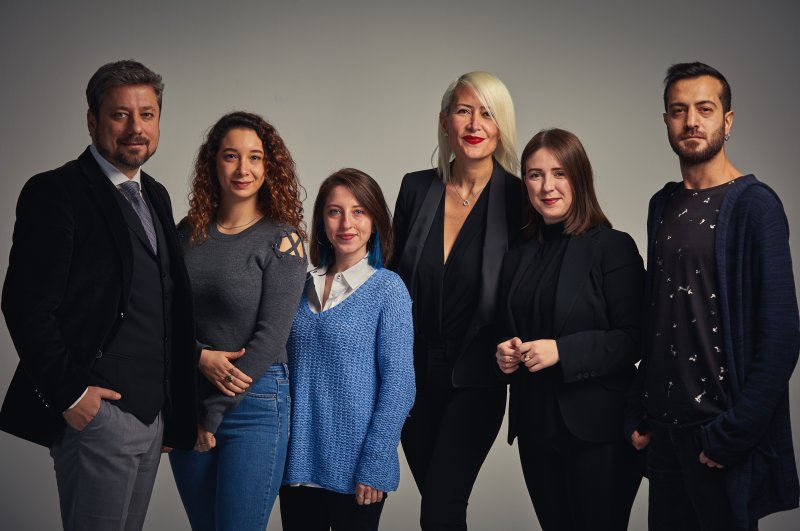 Short films are no longer an underestimated art and are currently carving out their own space in Turkey. As an example, young short film platform Shenema is primed to help raise awareness on gender-related issues through productions focusing on women's stories and its support for aspiring filmmakers

Tackling a subject engulfed in heated debates that have inspired officials to take action, a short film platform in Turkey is preparing to address issues women face daily by raising awareness through the power of cinema.

Shenema, Turkey's first short film platform focusing solely on women's issues, is preparing to pick its first-ever award winners on March 6. Speaking to Daily Sabah in an exclusive interview ahead of the awards ceremony, the organizers said the contest has already garnered significant attention and that much bigger plans lie in the future for the platform.

Calling Shenema a first in Turkey and unique in the world, the organization's director said the platform chose short films to raise awareness on women's issues as they believe in the power of cinema as a medium.

The festival's director, Asu Sanem Kaya, said the decision to focus on women's issues was not a difficult one nor was it made after a specific event as the problem is continually on Turkey's agenda.

Explaining that they believe the everyday struggles of women can more effectively be conveyed through a visual medium, Kaya said the short film concept was conceived after she and a group of colleagues decided to harness their experience in the film sector.

"We believe the world can change for the better if we can improve women's lives. We also believe our country could benefit greatly from an environment where genders are equal. We wanted to highlight the obstacles for this goal in a visual medium," Kaya said.

The contest accepts all applications as long as the theme centers on women’s issues, and the platform does not seek finished projects, she said. The contest won’t have any short films ready for viewing but fully fleshed projects ready to be shot.

“We know the short film industry is not at a place where it should be, and we realize budget is also an important factor as even shooting a short film can be a costly endeavor. That’s why we don’t want anyone’s project to be far from what they had in mind because of monetary constraints,” she said.

Kaya said the final number of applications for this year’s contest stood at 73, which she said is a good number for such a refined subject.

“Considering the theme is women and this year’s subject is prejudices, we consider 73 approved applications to be a good number for such a short amount of time. We also require applications to be submitted through Eventival, which comes with strict rules,” she said, referring to the world's most widely used planning system for festivals.

Talking proudly about Shenema’s collaboration with universities to contribute to the research and studies on women’s issues, Kaya said the winner will also receive a scholarship for a master’s degree in film and television at an undisclosed university.

“We want to be in touch with students in film and television departments in universities across the country. We believe teaching everyone about the struggles of women as early as possible will play a key role in fighting it. We are also in collaboration with administrations of several universities to both benefit from and contribute to studies on the matter,” she said, adding that they hope to increase their scholarship program to include a doctorate.

“Our joint work with universities is really important to us. We are really proud of it. Researchers studying women’s issues at universities are having a tough time finding material to work with. We feel like we can fill this void. We already established clubs and picked representatives at several universities,” Kaya said

“We also want to give a boost to young and budding filmmakers, helping them establish their networks in the sector as early as possible,” she told.

Answering a question about feedback from people both in and outside the cinema sector, Kaya said the praise they received was beyond their wildest imaginations.

“We received a lot of praise from prominent people in the television, cinema and advertisement sectors. There is also strong interest from several government organizations. Officials at the Ministry of Culture and Tourism were really interested in the project,” she said, adding that the ministry decided to back the project.

“People we spoke to who are outside the sector also approached the project with genuine interest. The amount of interest and praise we received really exceeded our expectations,” she said.

According to Kaya, the platform and the contest will only get bigger moving forward, as she said talks have already begun about expanding the event to the international stage.

“Right now, we are already in talks to organize Shenema in the U.S. We are also in discussions with several European countries, namely Greece, Sweden and the Netherlands, to see what we can achieve in Europe as well,” she said.

While Kaya and her organization’s goals are sincere, they are anything but humble.

“We have several goals. One of them is to take Shenema to the next level with a wider audience. Another is to have our winner showcased in Cannes Young Lions. But the crowning achievement? It’s the Oscar for Best Short Film.”