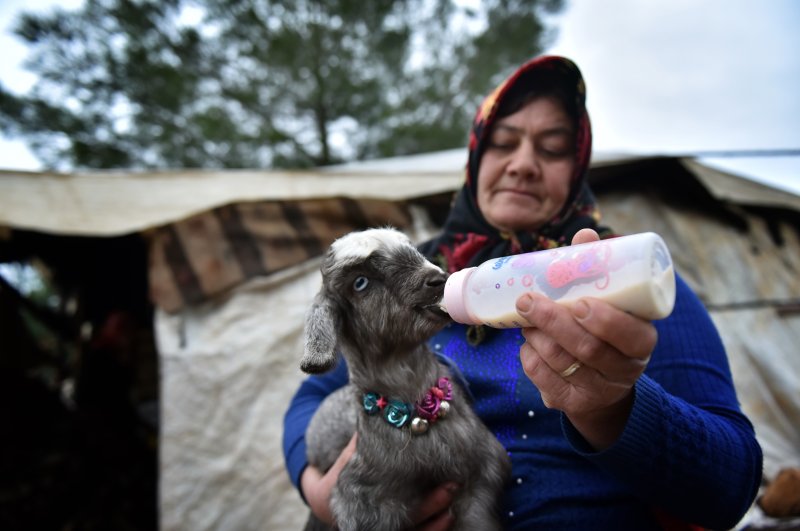 The life of the Sarıkeçili Yörüks (nomadic Turks), who continue the 1,000-year-old nomadic lifestyle of Anatolia, will be turned into a screenplay called “Turna Misali” (Like A Pike).

The life of nomads, earning a livelihood from livestock and living in fur tents they set up in the plains or plateaus according to the seasons, has been scripted by İffet Eren Danışman Boz and Eyüp Boz. The film shooting will start this month, featuring the life of Sarıkeçili Yörüks, who migrated to forestland of the southern Mersin province's districts with temperate climate conditions, such as Silifke, Gülnar, Anamur, Bozyazı and Aydıncık, in winter. The production “Turna Misali" will star Sennur Nogaylar, Necmettin Çobanoğlu, Zeynep Elçin, Timur Ölkebaş as well as Sarıkeçili Yörüks.

Eyüp Boz, the director, scriptwriter and producer of the film, told Anadolu Agency (AA) that he previously shot a documentary about Sarıkeçili Yörüks. Indicating that he shot the documentary in some venues in the districts of Aydıncık, Gülnar and Silifke, Boz said: “I migrated with Yörüks, stayed in their tents and had the opportunity to get to know them. I thought they had some very interesting stories. Many documentaries have been shot on this subject. However, I realized that there are no feature films on it today, and I wrote a script on it.”

According to Boz, nomads walk approximately 400 kilometers (249 miles) with their camels and goats, which are the only source of livelihood for them, during migration. “The nomads, whose biggest concern is finding fresh grass for their animals, live in fur tents. I am fascinated by their philosophy of life. When the shooting is over, our audience will watch their story on the white screen. I think it is going to be a very impressive film. The shooting will take place in the districts of Silifke, Aydıncık and Gülnar, where Sarıkeçili Yörüks heavily stay. We have received support from the Ministry of Culture and Tourism for the shooting of the film, which will be released in April 2021,” Boz added.

Sarıkeçi People's Memorial and Solidarity Association President Pervin Çoban Savran stated that the film “Turna Misali” will play an important role in telling the life of nomads. “I was so happy for nomads when the script was first presented to me. Shooting will be very intense and tiring. We will reap the fruits of this project very well,” she said.