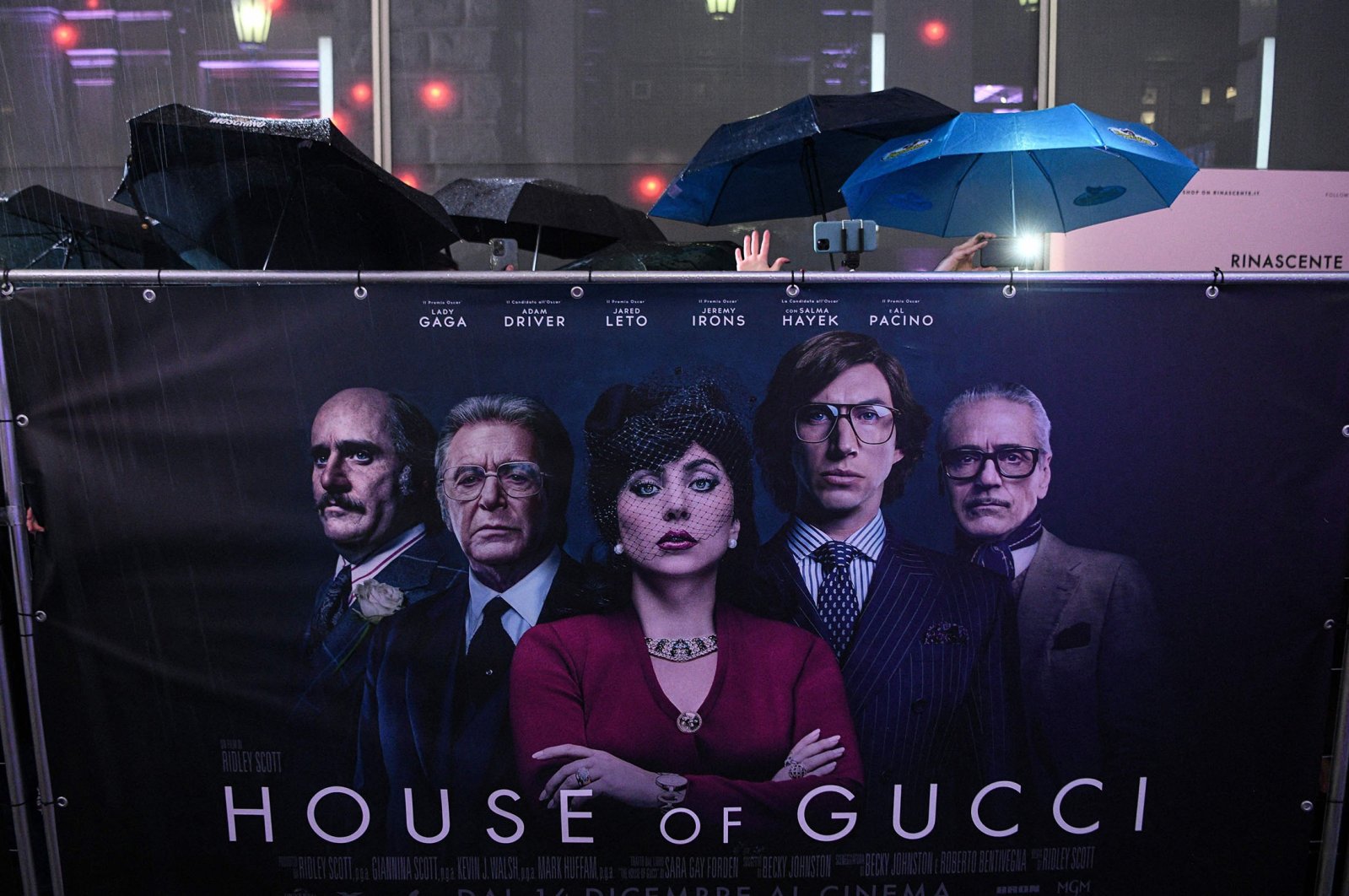 Vibrant, beautifully shot with mesmerizing cinematography, bold, bursting at the seams with star power in one of the most powerful ensembles of the year, "House of Gucci" is set to be an audience and critical darling as it brings to the big screen the story of the squabbling family behind the Italian fashion brand.

Starring Lady Gaga as the ambitious outsider who married into the family only to have her spouse killed off, the movie opening next Thursday in the United States and beyond tells a tale of decadence, betrayal and revenge.

Gaga, whose parents are both of Italian heritage, plays Patrizia Reggiani, who marries heir to the fashion dynasty Maurizio Gucci (Adam Driver) but ends up ordering a hit job on her husband after he divorces her for another woman. Reggiani served 18 years in jail in Italy for the 1995 crime.

"It's a tremendous line. It's bold, and brazen and blingy, Italian," he said. "And then one of them goes and shoots the other. How does that happen... It's an extraordinary story."

Directed by Ridley Scott and also starring Al Pacino, Jared Leto and Salma Hayek, the movie traces the rise and fall of the Gucci brand from the heady days of the Italian dolce vita in the 1960s to its near-demise in the 1990s.

Gaga, in her second outing as a lead actress, has been promoting the film with jaw-dropping red carpet appearances in Gucci gowns and is widely favored to get another Oscar nomination next year.

Driver said the film was about the pitfalls of power.

"Gucci is like that cake you have a little bit of, and then you want the whole thing. How does someone like that be seduced by the thing that he knows is bad for him," said Driver. "The elegance of that world and the theatricality of it was really unique."

The Gucci label no longer has any relationship with the Gucci family but provided the filmmakers with a "selection of original items and props" from its archives, the company said in a statement. It also sanctioned the filming of a scene at its flagship store in Rome. Gucci family members were not involved in the making of the movie.

Jared Leto, unrecognizable as the flamboyant but misunderstood designer Paolo Gucci, said he went all in for his role.

"I told him (Ridley Scott) 'I'm gonna to go nuts here' and he goes 'great,' and he just took off the cuffs and let us do what we thought was best.

"It was a blast. It was a dream come true," Leto said.