'Break of Dawn' puts spotlight on heroes of July 15 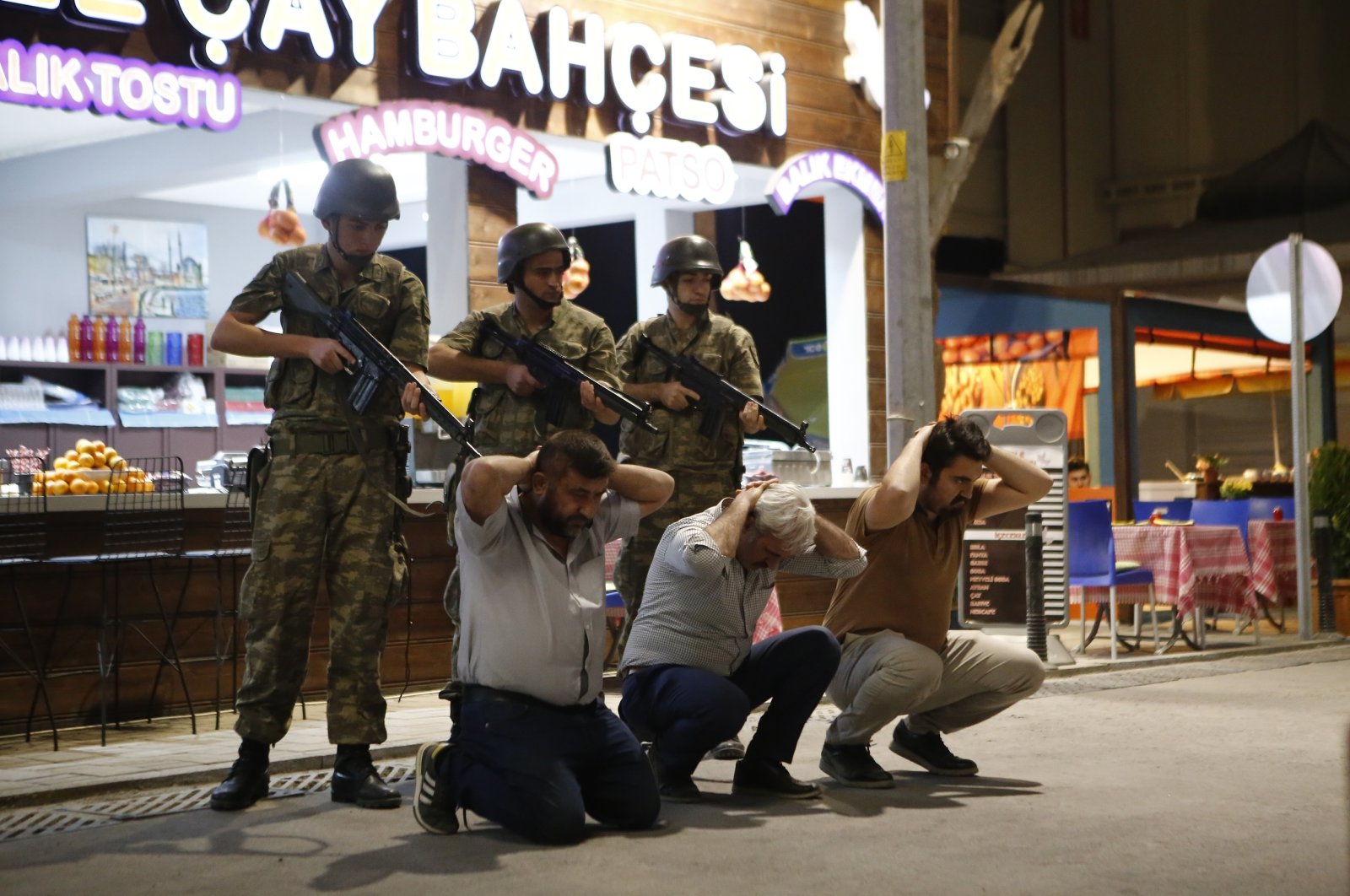 A new film chronicling the heroic resistance of the Turkish people against the July 15 coup attempt orchestrated by members of the Gülenist Terror Group (FETÖ) will make its big-screen debut on the fifth anniversary of the struggle.

The movie, entitled "15/07: Şafak Vakti" ("15/07: Break of Dawn"), centers around the story of a man named Cevdet, who runs a pastry shop in Istanbul's Çengelköy neighborhood.

The movie tells the story of the struggle in Çengelköy and at the July 15 Martyrs Bridge the night of the coup attempt, the Presidential Directorate of Communications, which supports the project, said in a statement.

FETÖ – led by Fetullah Gülen, who currently lives in the United States and is implicated in a long list of court cases against the terrorist group – choreographed the coup attempt with the aid of its military infiltrators and civilian members of the group in charge of those infiltrators.

In the film, inspired by the true stories of citizens who resisted the coup plotters on the night of July 15, Cevdet, played by Turkish actor Erkan Petekkaya, finds himself on the Martyrs Bridge while trying to deliver orders from his pastry shop to customers.

Other notable characters in the story include Güray the security guard, portrayed by Tugay Mercan, who is late for work, and Serkan Ercan's Mustafa character, who, along with other citizens, is stuck on the bridge with his young daughter.

Meanwhile, Cevdet's son Yusuf, played by Baran Bölükbaşı, struggles against the putschists in Çengelköy with the people of the neighborhood and security forces.

The film, directed by Volkan Kocatürk, also focuses on Deniz Bolışık's character, Aysel, who works as a doctor and toils throughout the night and into the morning to save the citizens who were shot by the putschists.

A vast amount of preparation went into the film, on which production began back in November of 2020. The project was shot on sets constructed to resemble the July 15 Martyrs Bridge and Çengelköy neighborhood, sprawled across 12,000 square meters (129,166 square feet) of studio space.

In total 24,000 square meters of indoor space decor was prepared for the film, making it the largest indoor set ever created in Turkey.

After the sets were completed in 40 days, production began on March 15 of this year. A crew of 150 was employed to work on the film along with 7,500 supporting actors. Some 1,250 vehicles, tanks and military trucks were also used during the eight-week shoot.

Presidential Communications Director Fahrettin Altun shared his support for the film on Twitter. "This nation, with bare hands and brave hearts, stood fast against putschists, invaders," he said. "At 'Break of Dawn' we tasted once again the honor of being a nation."