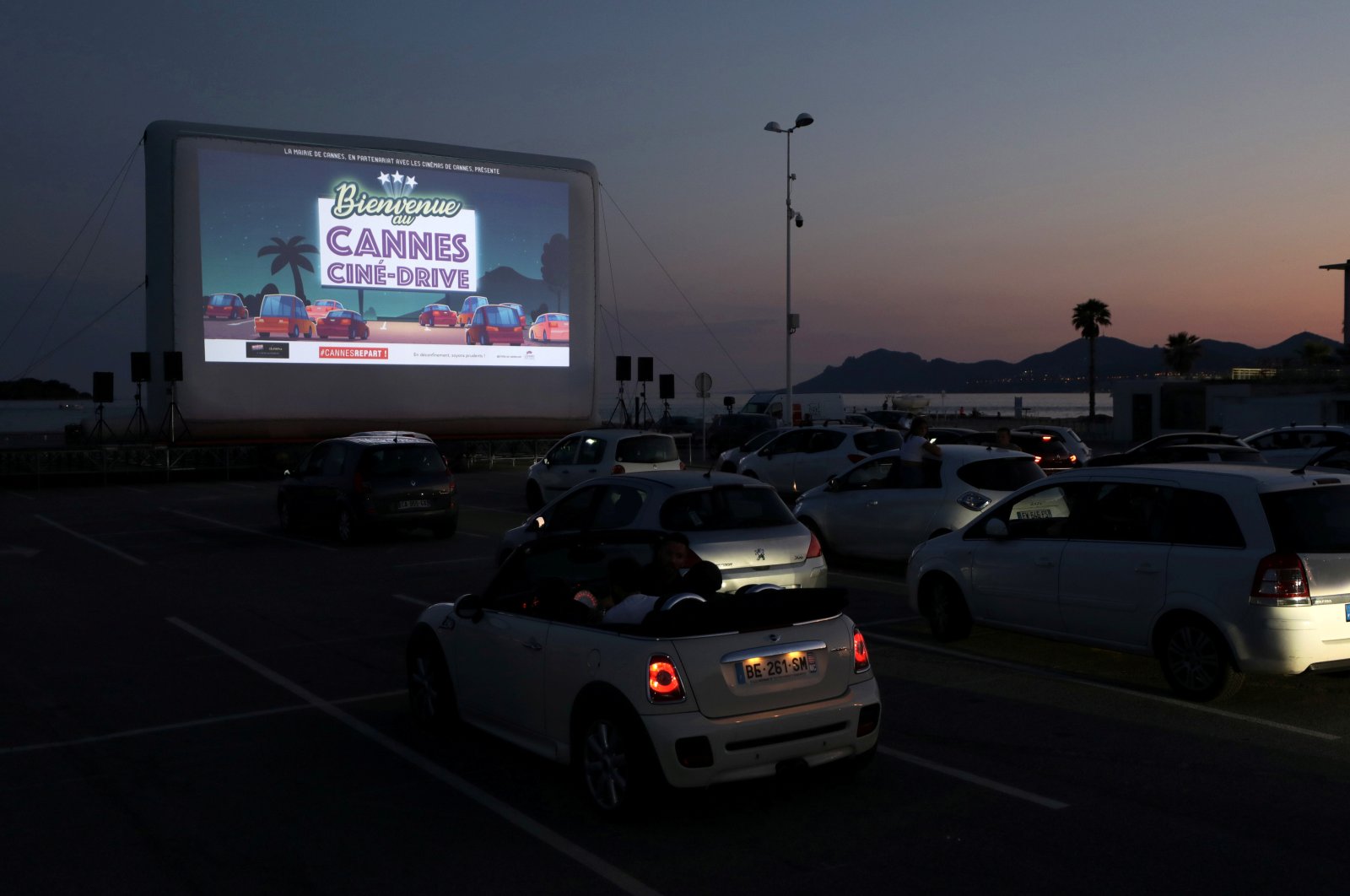 People sit in their cars to watch the movie "E.T. the Extra-Terrestrial" by Steven Spielberg at a drive-in cinema at la Pointe Croisette during the coronavirus outbreak, in Cannes, France, May 20, 2020. (REUTERS Photo)
by REUTERS May 22, 2020 2:30 pm
Edited By Irem Yaşar
RECOMMENDED

The Riviera resort of Cannes should have been playing host to the world's biggest names in film. Instead, with its annual film festival postponed and the red carpet rolled up, locals made do with a drive-in cinema in a beachfront car park.

As dusk fell, the audience settled down in their convertible sports cars and family run-arounds, popcorn on the dashboard and children hanging out the windows, to watch Steven Spielberg's 1980s classic "E.T. the Extra-Terrestrial."

With cinemas, theatres and restaurants still closed as France cautiously unwinds its coronavirus lockdown, people were content to watch a movie outdoors on a balmy evening on the Mediterranean coast.

"You've got to make the most of the moment. It makes up for things a bit," said one woman. She had driven to Palm Beach with her grown-up son, who sat next to her wearing a face mask.

The 51 vehicles allowed to the screening were parked in every other space and staff wearing face-shields scanned barcodes on tickets.

The Cannes Film Festival was originally scheduled to take place on May 12-23. Beyond the star-studded screenings, production and distribution firms head to the Cote d’Azur to complete deals.

It is not the first time the festival has been postponed. Its inaugural event in 1939 was cut short after the opening screening of the “Hunchback of Notre Dame” because of Germany’s invasion of Poland the next day.

It was also interrupted in May 1968 as a student revolt and labor protests swept across France.

Cannes Mayor David Lisnard said it was the town's way of paying homage to cinema and to show that "we miss the movies."