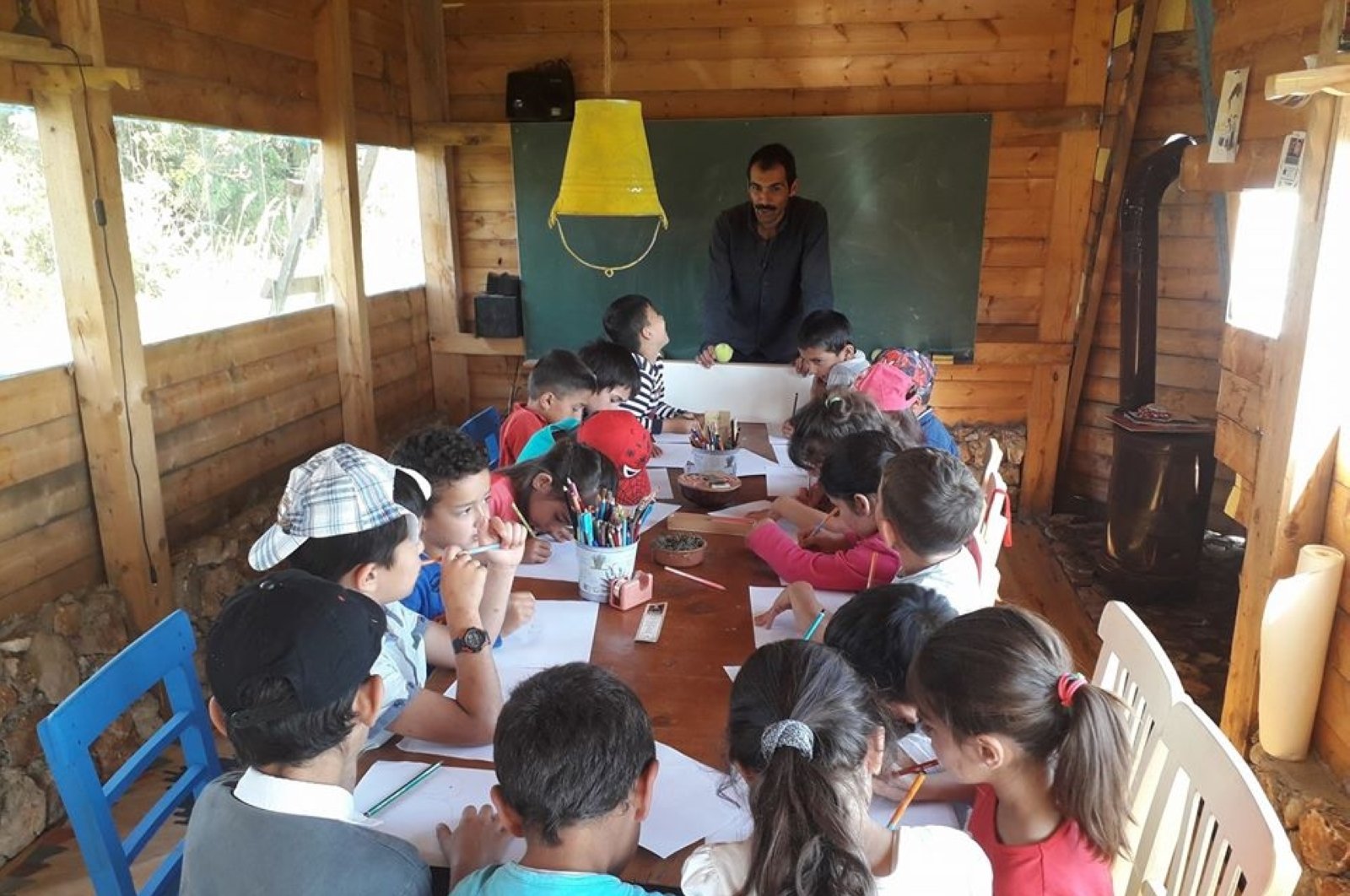 Fatih Küçük in a lesson with children at The Cartoon Mill.
by DAILY SABAH Aug 06, 2020 12:57 pm
Edited By Irem Yaşar
RECOMMENDED

The Cartoon Mill, whose founder was chosen as a changemaker in the 11th season of Sabancı Foundation's Turkey’s Changemakers Program, continues to teach cartoon enthusiasts of all ages as the first independent cartoon school in Turkey. Founded by Fatih Küçük in the Kaş district of resort city Antalya, the school, where people of all ages are trained, organizes workshops on subjects such as cartoon history, character designing and cartoon producing. The participants learn to produce unique cartoons with characters that they design themselves, in a school that was established in an old building allocated by the Kaş Governorate in 2016. Also, activities are carried out for the development of storytelling and handicraft skills.

At The Cartoon Mill, which has reached thousands of children so far, year-end events are held as part of a Cartoon Festival. The festival, attended by cartoon artists from around the world, showcases works produced by students throughout the year. The cartoon school contributes not only to animation education but also to the economic development of the region. The school is located in a rural area away from settlements, and organic products are supplied from farmers in the village for training camps.

According to Sabancı Foundation General Manager Nevgül Bilsel Safkan, Küçük noticed that there were no cartoon characters belonging to Turkey and Turkish culture and founded The Cartoon Mill. Küçük set out with only TL 5 (less than $1) in his pocket when he wanted to accomplish his dream of establishing a cartoon school, Safkan said. “For Küçük, financial troubles were not an obstacle, and he used an old school allocated by the Kaş Governorate to establish Turkey's first cartoon school," Safkan continued. "His goal is to spread the production of cartoons in Turkey, to enable children to choose cartoons as a profession in the future and to train young people who will produce cartoon characters unique to us in this school. Küçük, who set out with such a beautiful purpose, beat the odds and founded a cartoon school in Kaş that hosts cartoon artists from all over the world where international festivals are also held. It was not easy to understand the dreams of Küçük in those days, but when I see the excitement in the eyes of children who are being trained at The Cartoon Mill today and the stories and characters they produce, I understand that Küçük is a changemaker to the core, and I say that he, fortunately, did not give up in the face of difficulties and founded this school. As Sabancı Foundation, we are happy to support this project which focuses on children and young people and gives them the opportunity to produce in a universal area like cartoons under the Changemakers Program.”

The Sabancı Foundation Changemakers Program, which has recognized 195 changemakers from 43 cities since 2009, works to make the stories of the people who contribute to social development visible and inspire society. The program continues to support the community's role models in its new season with the slogan “Make a Change, Let Lives Change.” Nearly 4,000 individuals and institutions have been nominated for the program since its inception, and the program's videos have reached 35 million viewers in Turkey and abroad.