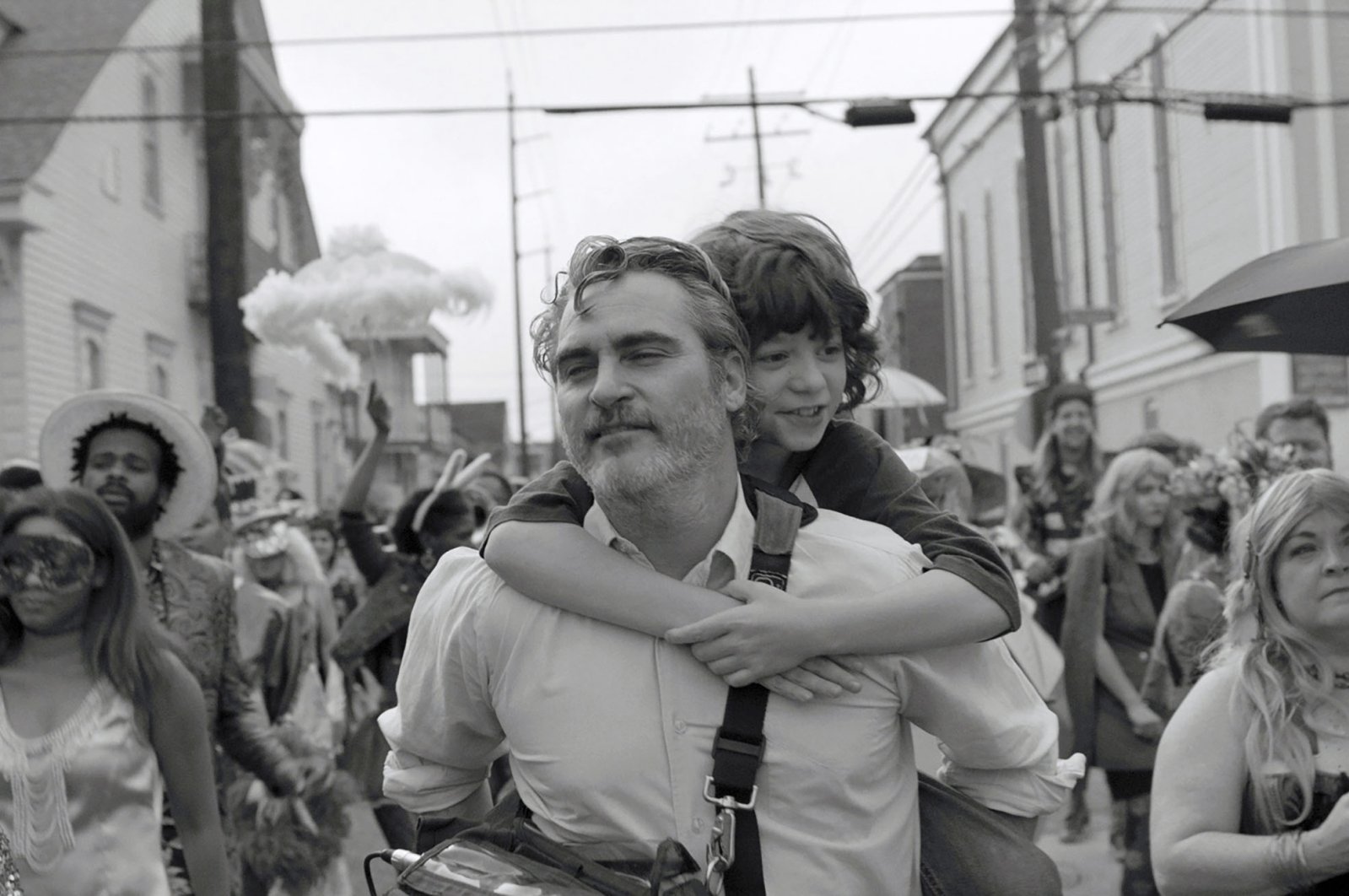 "What scares you? What makes you happy?" These are some of the questions that Joaquin Phoenix's character – a New York-based radio journalist – in a24's new drama "C'mon C'mon," directed by Mike Mills, poses to real children across several interviews he records with them about their lives.

During the film’s making, Mills would schedule the interviews sporadically, often at the end of a day of shooting.

"It was a constant reminder of what being genuine was in front of the camera, to really be authentic,” Phoenix says. "They just were.”

"It kind of changed the chemistry all the way through,” says Mills. "All films should have to do that.”

Moments of documentary make cameos in "C’mon C’mon,” but the entire film pulses with something tenderly close to real life. The performances are loose and often improvised. The story, of an uncle (Phoenix) thrust into parenting his sister’s 9-year-old son (Woody Norman), was inspired by Mills’ relationship with his own child, Hopper.

"I always tell Hopper that a human being is huge,” says Mills, who’s married to the filmmaker Miranda July. "All the possibilities and contradictions are enormous. A film about human beings, if you’re lucky, you’re going to get, like, a sliver.”

The black-and-white "C’mon C’mon,” which a24 opens in theaters Friday, may be the rare film to do a touch better than that. Since its launch earlier this fall at the Telluride and New York Film festivals, "C’mon C’mon” has been received as an uncommonly sweet, open-hearted and genuine film, a shaggy portrait of profound adult-child connection.

In October, Phoenix and Mills gathered on a midtown balcony to discuss the film, shot in January 2020 just before the pandemic began and edited throughout it. In the interim, Phoenix became a father. Last year, he and Rooney Mara had a boy, River, named after Phoenix’s late brother.

"It was like every phase of life was compounded into a few short months,” says Phoenix, smiling. "Life and death. Welcome to the experience!”

Asked if Phoenix began "C’mon C’mon” knowing that fatherhood was coming, he replies, "I don’t know. Do the math, man” – before relenting that he did know. But Phoenix, who has always been disinclined to draw straight lines between art and life, cautions it was only an entry point.

"When I think about it in relationship to my kid and my experience, I go ‘Ugh.’ This is so its own thing. I don’t want to get into that game of thinking about my life. Was I? I’m sure subconsciously,” Phoenix says. "I think it’s beautiful when you are inspired by things in your life, but it’s also somewhat disgusting at times.”

For Mills, the writer-director of "Beginners” and "20th Century Woman,” family has been a regular reservoir. "Beginners,” with Christopher Plummer, was based on his father, and Annette Bening’s matriarch in "20th Century Woman” was inspired by his mother. But he’s also hesitant to be too straightforward about it. "Family” sounds too normative to him. He thinks of his subject as "primary relationships.”

"I do feel like the people that show up in your life in a really big way are your cosmos,” says Mills. "Everything’s there. It’s ‘Game of Thrones’ and ‘Spider-Man' and the comedy all thrown together.”

"C’mon C’mon” may be built on autobiography, but Mills’ collaborative process turned it into something else, into its own thing. For Norman, 12, the freedom of Mills’ filmmaking was new and transformative.

"I’ve worked on films that have been very much, ‘It has to be in the script and you can’t change anything,’” says Norman, speaking by Zoom from his home in London. "It being loose, I thought, let my creativity flow. To me, the film is very charming in that way because you can tell that everything is real.”

In the film, Norman's character, Jesse, is full of curiosities and eccentricities that go beyond the usual views of childhood in film. Like Jesse, Norman wants to be taken seriously for all he's capable of.

Phoenix also began as a child actor, an experience he thinks back fondly on. He believes he was then a fully instinctual actor, a mindset he tries to recapture. For Phoenix, it was moving watching Norman go through something similar in the borderless creative space of "C'mon C'mon.”

"Somewhere near the end, he said with no irony, ‘I’ve been carrying you this whole picture.’ And I think we all agreed with that,” says Phoenix.

"C’mon C’mon” follows a diametrically opposite film for Phoenix in 2019's "Joker.” Mills' film wasn't an antidote to anything, Phoenix says, but he did slide into a different dynamic acting opposite Norman.

"Oftentimes if you’re a protagonist in a film, at least with the kind of actor I am, I feel this need to drive things, to drive the scene,” says Phoenix. "It was very interesting to not be driving the scene and to be listening and reacting to what someone else was doing.”

That was also true of the interviews in the film. They took place around the country – New York, New Orleans, Chicago, Los Angeles – and with a wide spectrum of kids. The movie is dedicated to one, Devante Bryant, a New Orleans 9-year-old who was later killed in a shooting.

Phoenix, who has sometimes had a more tortured relationship to interviews, started by recording one with his own nephew. He went in concerned that it would feel intrusive or uncomfortable. But when he asked his nephew afterward how it felt, he replied, "That was amazing. You asked me things that you've never asked me before."

"I’ve always had this strange somewhat adversarial relationship with the idea of an interview and being asked questions that are going to be recorded, just because of the nature of this thing," says Phoenix.

"We come to this watering hole but we have different lives away from it. I really have this appreciation for what you do and how difficult it can be and how powerful it can be, and the beauty of being able to spark a conversation between people. At its best, it’s that."