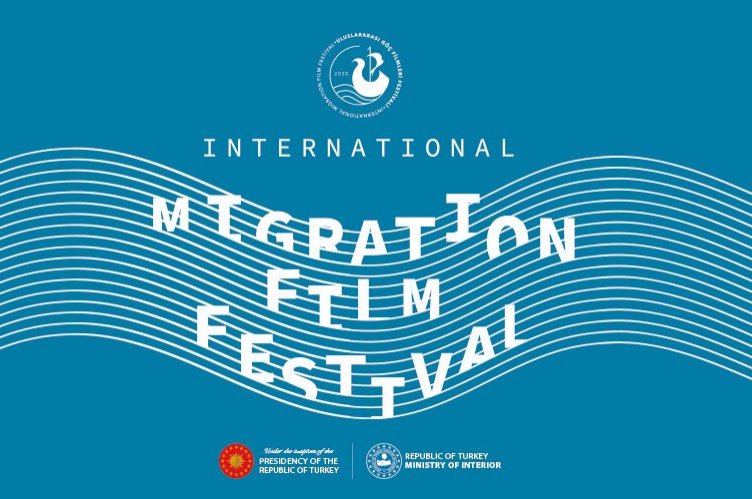 The International Migration Film Festival is organized by the Ministry of Interior under the auspices of the Turkish Presidency.
by DAILY SABAH May 20, 2020 12:33 pm
Edited By Irem Yaşar

Get ready for a rich movie journey from the comfort of your sofa with the International Migration Film Festival, the world’s most comprehensive thematic film organization

The International Migration Film Festival, which is organized by the Ministry of Interior under the auspices of the Turkish Presidency as the world's largest and most comprehensive thematic film festival, will be held online from June 14-21 this year.

Preparations are now complete for the international film festival, which was planned to be held in the southeastern province of Gaziantep but was shifted to an online format due to the pandemic.

The Ministry of Culture and Tourism is also contributing to the festival, organized by the Directorate General of Immigration Administration of the Ministry of Interior, and the event is now ready to be presented to audiences through cutting-edge technology.

The festival includes more than 50 films on migration and civilization and will host hundreds of local and foreign filmmakers, press members, non-governmental organization representatives and academics. The contributions of migration, which is the common destiny of humanity, to humanity will be addressed through the event. As usual, film screenings will take place in line with a previously announced schedule. The jury, consisting of leading international and Turkish masters of the movie industry, will come together to choose the best films and scripts.

The International Migration Film Festival will feature masterclasses with celebrities from around the world. Special masterclass events, open to a limited number of attendees, will be one of the most enjoyable sections of the festival. Workshops and panels will also be held with experts, movie professionals and other guests from the movie industry.

As part of the festival, a new generation of exhibitions with special content has been prepared for everyone to view. Wearing VR glasses, you can visit special exhibitions on migration and historical sites around the world. The festival concerts will be broadcast live via YouTube, making you feel like you are really there. The works of artists who have sensitivities toward immigration and produce music inspired by it will be highlighted.

Films that have won awards at major festivals around the world and in Turkey in the past five years will compete in two categories: “International Feature Films” and “International Short Films.” Turkey will award 26,000 euros ($28,452) to the winners of these competitions. “The Best Feature Film” winner will be awarded 15,000 euros, while “The Best Short Film” and “The Inspirational Screenplay” winners will be awarded 5,000 euros each. In addition, the winner of another short film competition titled “The Same Boat” will receive 1,000 euros.

The festival in Turkey, a country that has welcomed millions of migrants forced to leave their native lands because of inhumane conditions since 2011, aims to mirror the phenomenon of migration, which has never been absent from the agenda of humanity.

The event invites everyone to ponder the contributions of migration to humanity and its cultural impacts on societies.