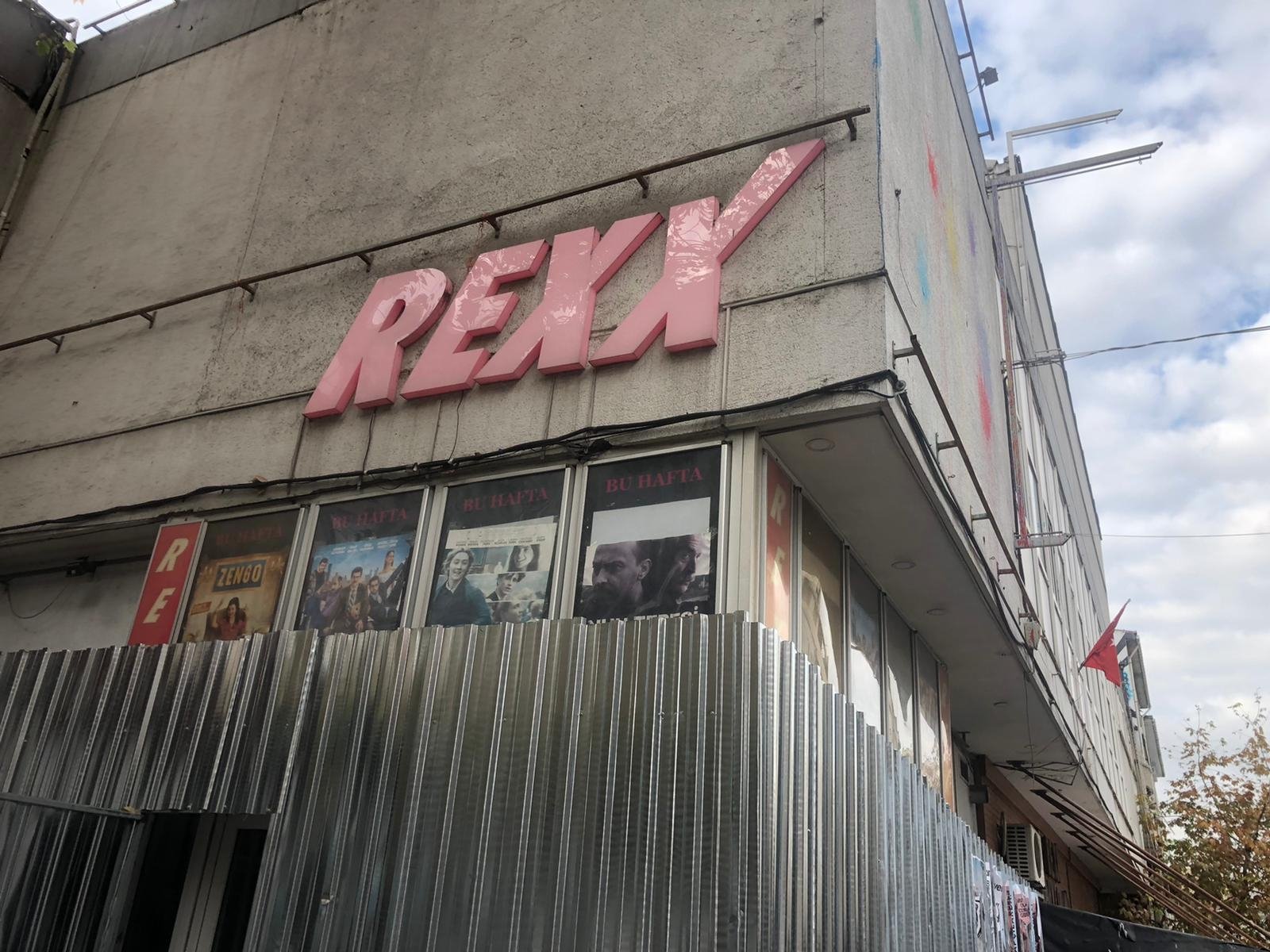 The 59-year-old Rexx Cinema, an iconic movie theater in Istanbul's Kadıköy district, is being demolished.

The movie theater, a meeting point on Bahariye Street, hosted thousands of local and foreign films over its lifetime. It was now covered with metal sheets as construction work began.

Viron Anas, the manager of Rexx Cinema, decided to shut it down at the end of March, saying the rent price was too high and he could not afford it any longer.

The owner of the building, the Greek Orthodox Foundation, on the other hand, said they had not raised the rent for three years. It confirmed the building will be demolished and rebuilt because it was earthquake resistant.

Moviegoers and Kadıköy residents said they were blue about the situation. Some took some last-minute photos of the movie theater before demolition began.

Ezgi Şahin, a Kadıköy resident, expressed her sorrow when she heard the cinema would close. "It is an iconic structure that gives Kadıköy its identity. That's why we are so upset. We came to photograph it today before the Rexx sign was removed," she said.

Ercan Vural, who has been running a jewelry shop opposite the Rexx Cinema for nine years, said: "Since Rexx has been closed for a long time, a new building will be built in its place. It is currently unknown what it will be turned into. It can be a cultural venue or a cinema again. It is a historical place and should be used in a good way."