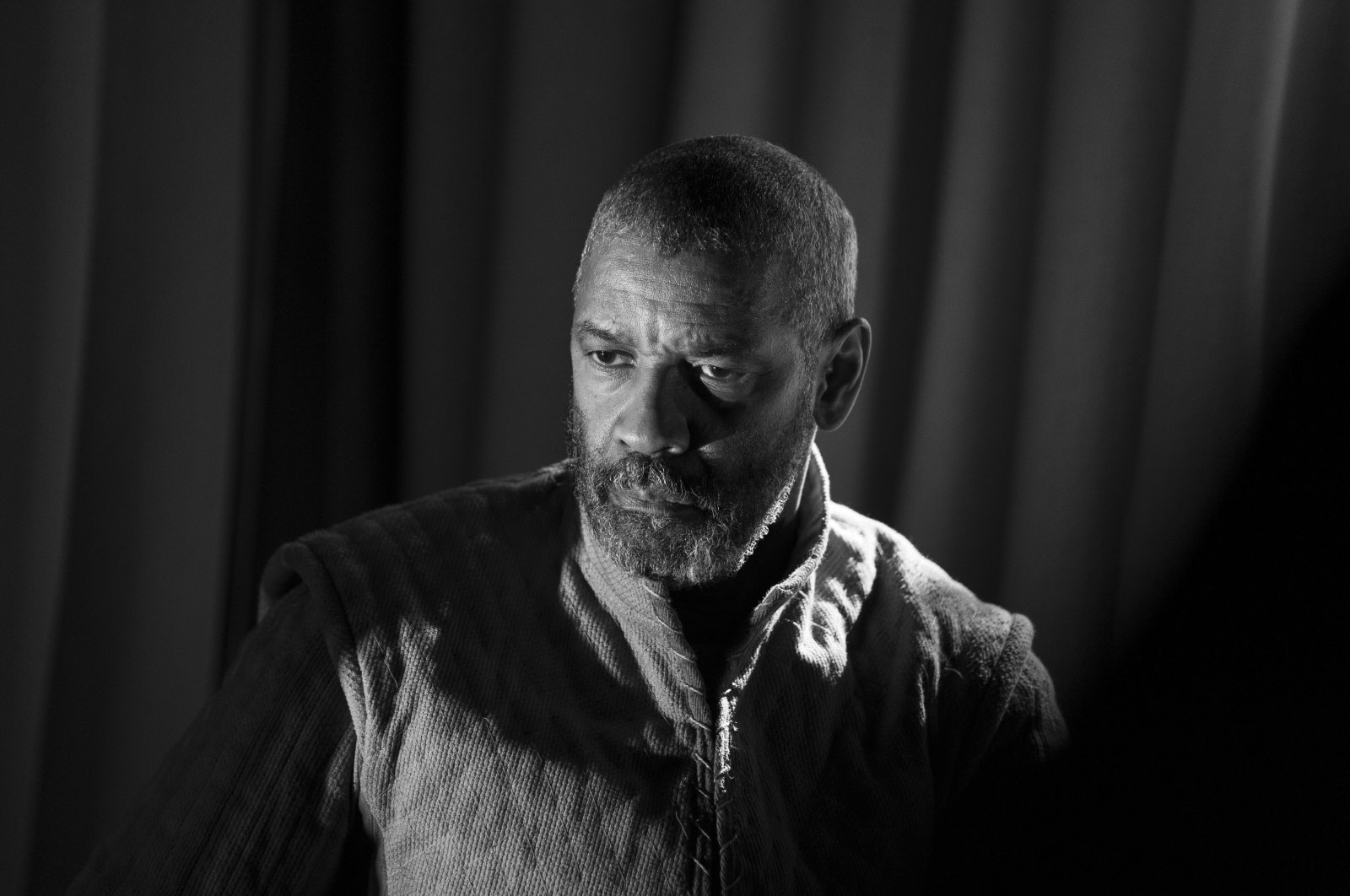 This image released by A24 shows Denzel Washington in a scene from "The Tragedy of Macbeth." (AP)
by reuters Jan 13, 2022 6:46 pm
RECOMMENDED

Oscar-winning actor Denzel Washington plays the lead role in "The Tragedy of Macbeth," which is a new adaptation of the 400-year-old play by William Shakespeare, after many famed artists have portrayed the same character in various productions.

As Macbeth is famously shrouded in superstition, Washington says he hasn't paid "much attention" to the supernatural aspect of the play. "The list is too long ... Every day there's another thing you're not supposed to do or something."

The Hollywood star plays the titular role in Joel Coen's black and white film version of the tragedy about a Scottish general who, spurred on by his wife, commits murder to access the throne.

"It just so happens as fate would have it I've never seen it. I wasn't avoiding it. I just hadn't seen it," Washington told Reuters in an interview.

"I was fortunate in that Joel and Fran and myself got together close to a year out from shooting and we started reading scenes together. We got to get into the material and ask questions and bounce off of each other and act a little bit and see how we all work together."

From Peter O'Toole and Ian McKellen to James McAvoy and Michael Fassbender, a long list of actors have played the lead in "Macbeth," which is believed to have been first performed in the early 1600s.

"That's pressure, huh? Can you imagine that – someone walks up (and says) 'Look, it's been a great play for 400 years. Don't mess it up. Good luck," Washington, who previously starred in a production of Shakespeare's "Othello," joked.

"I didn't feel that pressure. It was going to be a good play, whether I messed it up or not. It'll continue to be and it's open to interpretation. That's the great thing about Shakespeare ... it's been done every which way you can. So this was Joel's idea."

"The Tragedy of Macbeth", which has received rave reviews from critics, will be released on Apple TV+ on Friday.