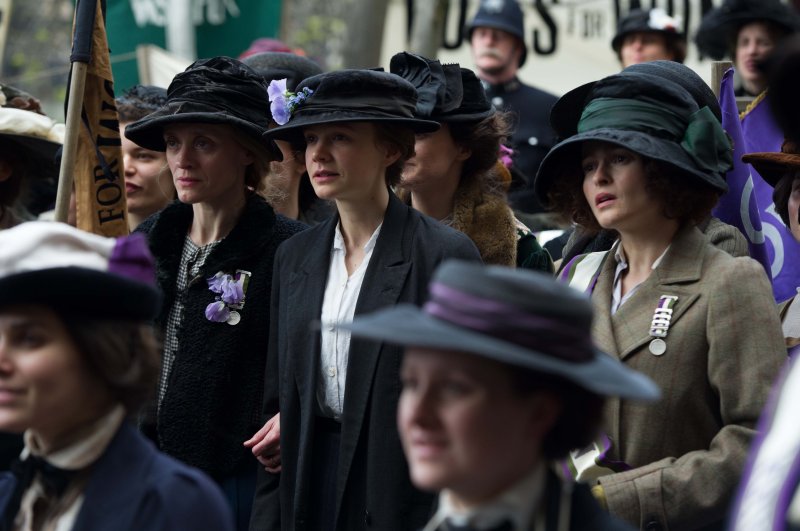 Presenting films from different lands and eras, Kundura Cinema’s thematic screening program this month is inspired by prominent women in the history of cinema. Dedicated to Women's Day, the program offers a unique viewing experience with seven diverse documentaries

“Delphine et Carole, Insoumuses,” directed by Callisto McNulty, will be screened on March 21 at 7:30 p.m. Focusing on the feminist movement in Europe during the 1970s, the film was produced in 2018. It presents several issues on the feminist agenda of the time – such as the legalization of abortion, free birth control opportunities and the rights of sexual minorities – from the perspective of actress and feminist Delphine Seyrig, and documentary filmmaker and video artist Carole Roussopoulos.

Directed and produced in 2019 by Elizabeth Sankey, “Romantic Comedy” is scheduled to be screened on March 14 at 4 p.m. Focusing on the past, present and future of the romantic comedy genre in cinema, the documentary questions the concepts imposed by romantic movies to date.

“Overseas” by director Sung-A Yoon will be screened on March 28 at 4 p.m. The movie is about women preparing to work abroad in a training center for housework. They practice as both an employee and employer during training and learn the niceties of housework. However, during the training, they understand how to cope with any potential psychological and physical harassment while experiencing homesickness. The movie scrutinizes the notion of modern slavery in the globalized world and points to the determination and solidarity of women.

Gabriel Mascaro’s “Housemaids” documentary will be shown at Kundura Cinema on March 28 at 7:30 p.m. The movie is about the daily routines of housemaids – such as cooking, cleaning, ironing and childcare – and draws attention to how they live with a foreign family. Throughout the movie, housemaids are busy at work around the house and share their memories of their pasts, providing commentary about love and happiness.

“School of Seduction” by Alina Rudnitskaya will be on the big screen on March 14 at 7:30 p.m. The movie follows three Russian women in their 30s. Despite their different backgrounds, their mission is the same: to extend their area of freedom within the society with a wealthy husband.

The documentary “The Feminister” by director Viktor Nordenskiöld is scheduled to entertain the audience on March 8 at 7:30 p.m. The movie revolves around Margot Wallstrom, who was the Minister of Foreign Affairs in Sweden from 2014 to 2019. The director reveals the minister’s brave actions in the documentary. He also points out women’s place within the international political atmosphere.

The documentary “Fiancees,” filmed by Swiss director Julia Bünter, will be viewed on March 22 at 7:30 p.m. The production, which is about three young Egyptian women who are about to get married, portrays modern society in Cairo, which has become a huge metropolis with a population of 20 million. While three couples dream of establishing a life independent from their families, they get stuck between the pursuit of freedom and traditions in Egypt.

One of the most enjoyable activities of the ’90s, Sunday Cinema Club, where movies were shown for the first time every Sunday on TV, is being revived at Kundura Cinema. The selection of movies changes every two months, and “Leon: The Professional,” directed by French director Luc Besson, will be the special guest movie of this month. The movie is regarded among the all-time most enchanting movies in the history of cinema. The movie starts when Mathilda, a 12-year-old girl whose family is murdered, rings the bell of their neighbor, the gunman Leon, to save her own life. “Leon: The Professional” makes an utterly unique remark on innocence, mercy, kindness and love by creating new definitions of good and evil.

Another of Kundura Cinema’s series, Hollywood Classics also continues with director Sarah Gavron’s “Suffragette.” The movie takes the audience to the beginning of the 20th century. Depicting Britain after the Victorian age, the movie focuses on the suffragette movement defending women’s right to vote and tells the story of women from different backgrounds putting up a fight against the male-dominant society.

The March screening program not only brings together the best documentaries about women’s empowerment but also includes a panel to discuss “Female Film Pioneers,” running for two days, on March 7 and 8 at Kundura Cinema. The panel welcomes Aslı Davaz, Canan Balan and Elif Rongen Kaynakçı. The two-day program will start with screenings followed by discussions about female directors and screenwriters, and how they pursue their careers in the film industry. Among the films to be screened are “Alice Guy Blaché – Homage To The First Female Filmmaker In The World,” “Falling Leaves,” “Two Little Rangers” and “East is West.” Details of the program can be found on Kundura Cinema’s website.