Evolution of Turkish horror: From Western symbols to jinn 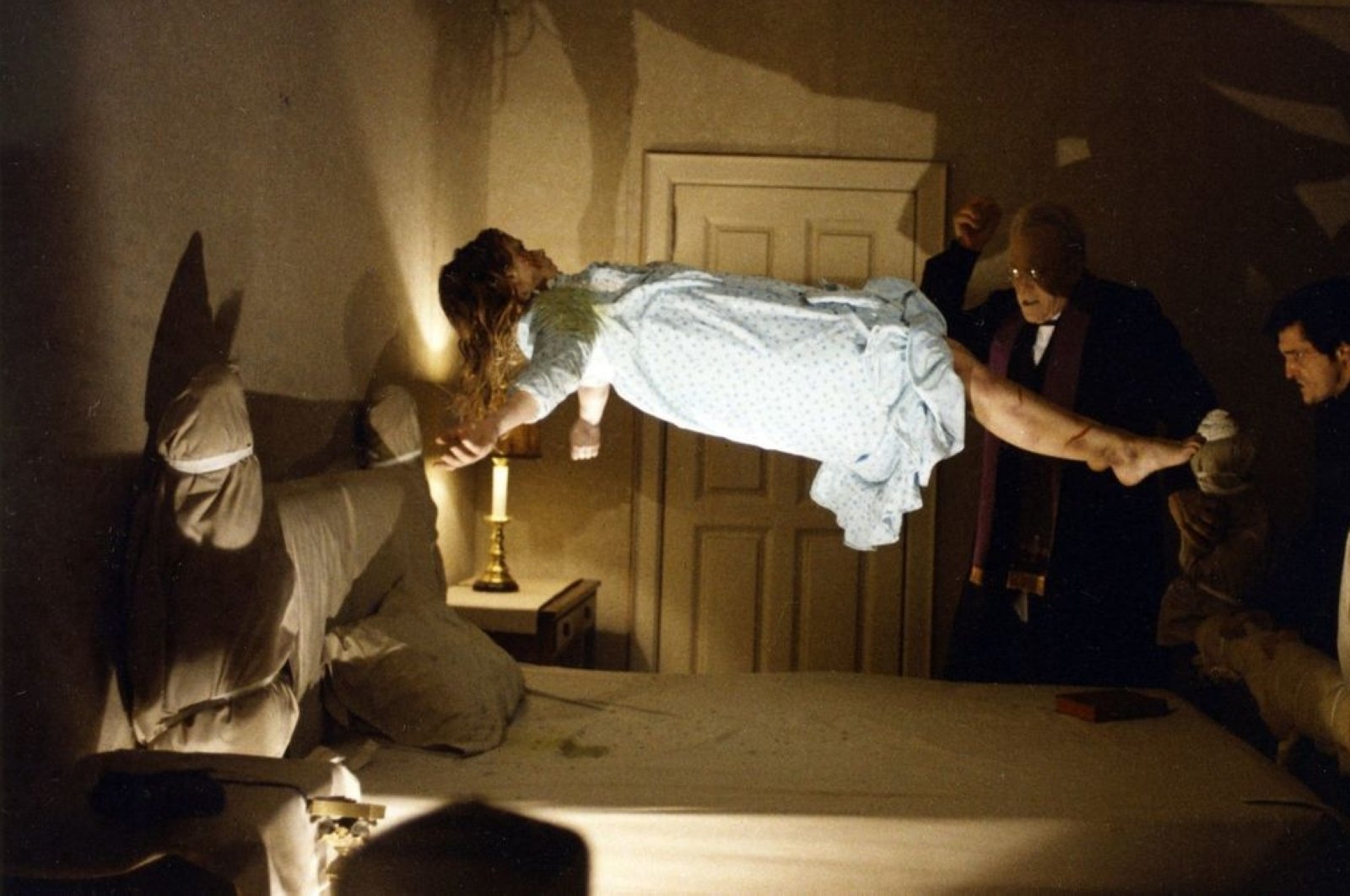 William Friedkin's “The Exorcist” was one of the cult horror movies adapted by Turkish directors.
by ALİ TÜFEKÇİ Oct 14, 2020 12:26 pm

When looking back into the history of Turkish cinema, the least attractive films for local audiences were from the horror genre. The symbols of Western cinema that include devils, vampires, witches and zombies did not find favor in Eastern lands. For example, original stories with Western elements like “Drakula Istanbul’da” (“Dracula in Istanbul”), directed by Mehmet Muhtar, were produced. In addition, Turkish adaptations of famous horror films like William Friedkin's “The Exorcist” were shot but even if these movies were delicately shot and were later perceived as parodies.

Apart from these few productions, scant horror films were made, even before 1980 when Turkish cinema produced its highest number of works. We can say that the industry has a distant stance about Turkish culture and beliefs. In the 2000s, this understanding changed, opening the way for a Turkish horror breakthrough.

The few Western-type horror films that managed to attract a little of the Turkish audience's attention did so with suspense elements and successful edits. The myths, characters and various stories in these films have never been an element of horror for locals.

Increasing worldwide interest in horror after 2000 led to the reinvigoration of this genre in Turkish cinema as well. Another reason for this new attraction was the changing focus of the local industry. The Turkish horror films of this period took their suspense elements from Islamic beliefs and at its center are paranormal entities called jinn.

Actually, Turkey is not alone in having its paranormal beings comply with an Islamic understanding. American supernatural horror film “Paranormal Activity,” which was released in 2007, presented us with a more realistic and high-tension demonic presence. So much so that the movie's sequels were among the few Western horror films that became popular in Turkey. Thus, many films with the jinn theme were shot, and this became a new fad in Turkey.

The lack of a literary infrastructure and the exaggeration of sound and image effects to increase interest, however, simplified the genre. Some good movies went unnoticed among these poor-quality productions.

In the following period, the industry went in search of something new and so an intercultural hybridization emerged. Genres were intertwined in order to stimulate the industry and to satisfy the expectations of various segments of the audience. This pushed cinema to diversify its genres and themes. As a result, horror-fantasy movies increased in number.

Jinns, one of the supernatural presences that are the number one actor of paranormal cases, are found in all cultures of the world. Regarding name and description, however, they have undergone a cultural evolution, manifesting in very different ways. Jinns were called “alkarısı” in Anatolian folk tales, while they are “Baba Yaga” in Hungarian lore and appear as ogresses who cannibalize victims, mostly children.

In Anatolian mythology, jinns have two varieties. The first is known as “Sarıkız,” and it is a charlatan and naughty. It makes a goat or cat sound, disorients passengers, braids the hair of horses and likes to ride and run with them. When owners enter their barn, they find their horses' hair braided without additional harm. Some occasionally see it as a tall bride with yellow, long hair and white clothes. When looking at the jinn, they cannot run away but as soon as they turn eyes away, it disappears. Some special people can always see it.

The second type of jinn is very dangerous. It is described as a genus of Satan. Its characteristics are similar to Lilith, who is mentioned in the Torah. Rumor has it that Lilith was a jinn created at the same time as Adam, the first human being created. She refused to bow to Adam because they were made together. She later became an enemy of Eve, as she obeyed Adam.

This jinn looks like a shabby old lady with messy hair. It flies on a broom or rolling pin and causes bad dreams for people. Since it has no children, it haunts pregnant women, puerpera and newborns and transmits puerperal fever.

Not every jinn fearful

The lack of clear information about jinn in Catholic writings made its explanation take on different dimensions in folk literature. Thus, a very rich gothic text emerged. People created stories about jinn, and many elements of fear were born from them.

In the Quran, the source of Islamic culture, entities called “jinn” are clearly explained. Since they are stated in the sources of hadiths, they are among the beings that the Muslim world unanimously believes in. A lot of information agrees about their structures, lives, whether they can harm people and ways to stay protected from them.

Abdülhakim Arvasi, a Sufi scholar of the last period of the Ottoman Empire, explained: “Jinns are made up of air and fire. The flame part of the fire is invisible, the solid particles inside it look bright because they are illuminated in the heat. For this, jinns are also invisible. Although humans were created from the earth, God turned these substances into an organic and organized state, that is, meat and bone, and the shape of fire in angels and jinn changed, and got into a nice state for them that could turn into any shape.” So, jinns are beings with bodies in the form of energy. For this reason, they can move fast and take various forms.

There are many things to be informed of about jinn. In fact, it is not correct to use them only as an element of terror. In Islamic culture, it is believed that they are not to be feared and that they cannot harm people unless people harm them. Indeed, the genie (jinni) from Aladdin's wonderful lamp in “One Thousand and One Nights” only fulfills the wishes of its owner.