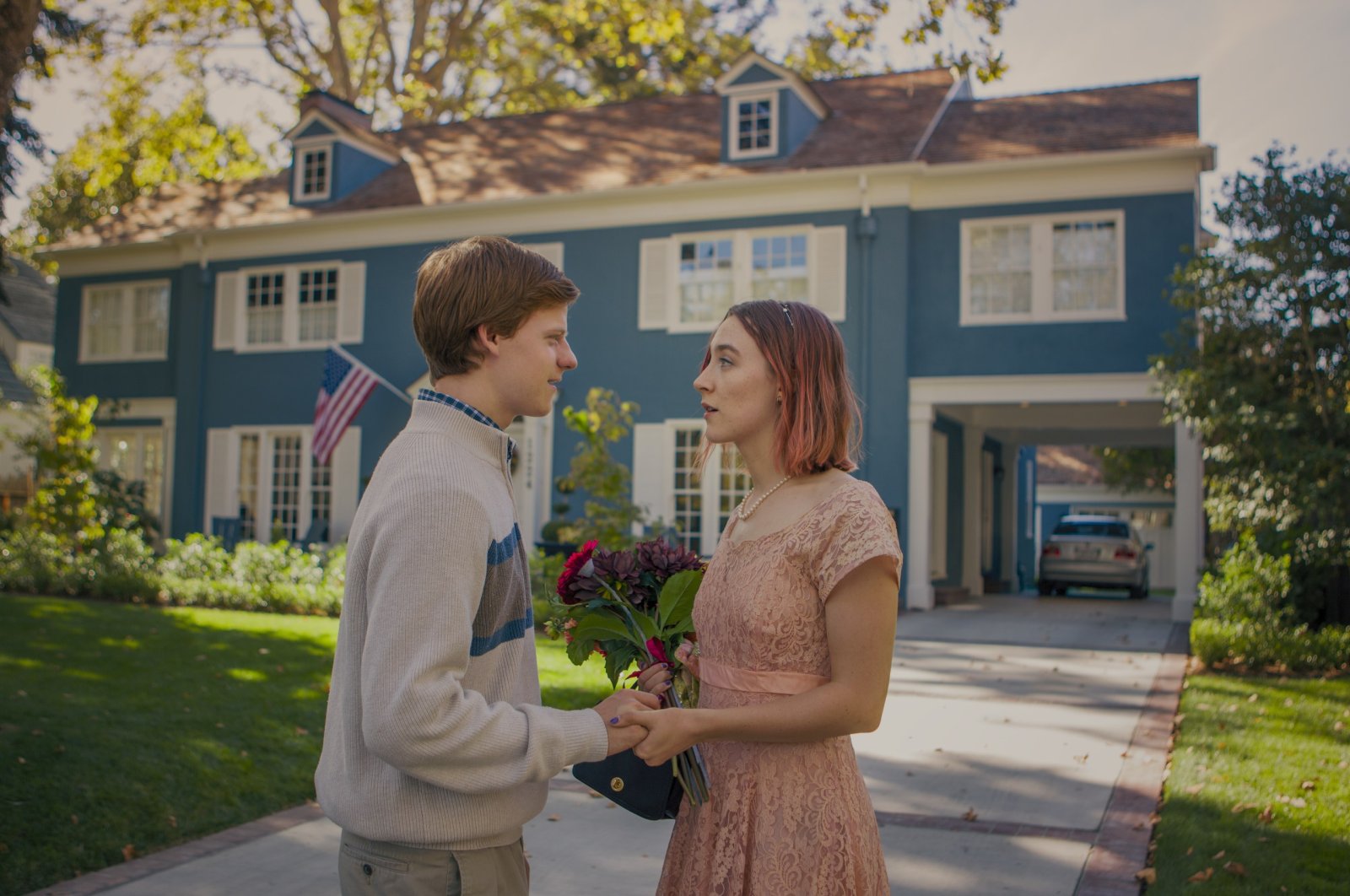 As we will all be stuck at home for a while longer due to the coronavirus crisis, watching uplifting movies can make us feel better while also boosting our our knowledge of film culture

Russian director speaks out against war in Ukraine at Cannes

In this period when we are spending almost all of our days inside, making time at home enjoyable is increasingly valuable. The first thing that comes to mind to amuse ourselves is surely spending time on the internet.

We all know how quickly time passes with social media, but social media does not contribute much to our personal development. Instead, we should find outlets that interest us and improve ourselves.

Films may be a good option to focus on during this period as they will open up the doors of the cinema world for us. By viewing beautiful and immersive movies, you can make use of your spare time and recognize the cultural value of the seventh art.

So, here is a heartwarming selection of films that will bring you happiness and relaxation during the COVID-19 crisis.

Directed by Olivier Nakache and Eric Toledano, the French film "Intouchables" stars François Cluzet and Omar Sy. The film tells the story of Philippe, who is paralyzed from the neck down after a paragliding accident, and Driss, whom he hires to assist him. Even though Philippe is a Parisian millionaire and very different from Driss, they develop a special bond and friendship. While the emotional drama implies there are more precious things in life than money, like friendship and health, it also impresses the audience with its soundtracks.

Directed by Greta Gerwig in 2017, "Lady Bird" is a coming-of-age production that perfectly portrays a mother-daughter relationship and blends drama and comedy. The plot follows 17-year-old Christine McPherson, played tremendously by Saoirse Ronan, and her experience while abandoning the character attributed by her parents by naming herself Lady Bird. The movie will leave a pinch of bittersweet happiness in our hearts.

"Reservoir Dogs" is one of the renowned movies by distinguished director Quentin Tarantino. The director's movies, indeed, are characterized as being violent with brutality performed, onscreen or offscreen.

Therefore, his filmography cannot be evaluated among the films that will make you relax at home. However, I want to give a place to one of his productions to mark his 57th birthday on March 27. The 1993 crime drama "Reservoir Dogs" is about six criminals regrouping at a warehouse after their heist. Using pseudonyms, they are all strangers to each other, which makes it harder to find the traitor among them. While the heist is ambushed by police, the spectators see the gang members' split to find a way out for themselves. Get ready to see some blood!

If we talk about comforting ourselves at home, we need to take a look at Bollywood as well. Classically, "3 Idiots" comes to mind first. Starring Aamir Khan, the most beloved actor in Bollywood and the world, the film chronicles the friendship and lives of three friends at India's top engineering school. The film, which is also critical of India's education system, is the highest-grossing and the best blockbuster film of all time in the country. It will leave a bittersweet smile on your face.

Anime can also be entertaining and engrossing. In this field, Hayao Miyazaki's successful productions take the lead. “Tonari no Totoro” ("My Neighbor Totoro"), written and directed by Miyazaki, chronicles the relationship between two sisters and forest spirits. When the two sisters move to an old country house, they encounter this cuddly spirit named Totoro. After "Tonari no Totoro," you can take a look at "Hauru no ugoku shiro" ("Howl's Moving Castle") as a bonus. Following the story of Sophie, a hat maker, the film reveals how she befriends Howl, who lives in a magical castle. The love growing between the two and scenes in which Howl uses magic to return Sophie to her former youth and beauty will mesmerize you.

The U.S.-made comedy-drama "Little Miss Sunshine" is directed by Jonathan Dayton and Valerie Faris. The movie is about a family heading to California on a bus. The Hoover family's adventure begins with Olive, the family's daughter, participating in a beauty pageant.

Directed by Nancy Meyers, the romance "The Holiday" stars Kate Winslet, Cameron Diaz and Jude Law. The production is about two women troubled by guy problems. Deciding to swap their houses for a while to give themselves a holiday, they find the love of their lives. Watching this feel-good movie, you will feel hope blossom inside your heart with the story of the lovelorn ladies.

“Ratatouille," a production of Pixar Animation Studios, the first studio that springs to mind when it comes to animated movies, begins with a rat named Remi coming above ground and finding himself in front of a famous restaurant in France. Remi, which corrects the soup that restaurant cook Linguini has blundered, stays at the restaurant and helps Linguini. It is a production that will make you burst into laughter.

While Tom Hanks and his wife’s infection with coronavirus is on the agenda, you can watch the actor’s drama “Forrest Gump.” Focusing on the slow-witted Forrest Gump, the movie follows how Forrest inspires people around him with his childlike optimism. The movie, which also reveals his love for Jenny, will make you take a run in Forrest's shoes.

‘It Happened One Night’

Lastly, I want to mention a very old production directed by Frank Capra.

“It Happened One Night” is the first film to receive all of the Best Picture, Best Actor, Best Actress, Best Director and Best Screenplay Oscars. Ellie Andrews runs away from her millionaire father, who tries to stop her from marrying a playboy, and meets an unemployed journalist named Peter Warne during her journey to New York. When their bus breaks down, the pair, who are constantly bickering, embark on a crazy hitchhiking adventure.

Russian director speaks out against war in Ukraine at Cannes