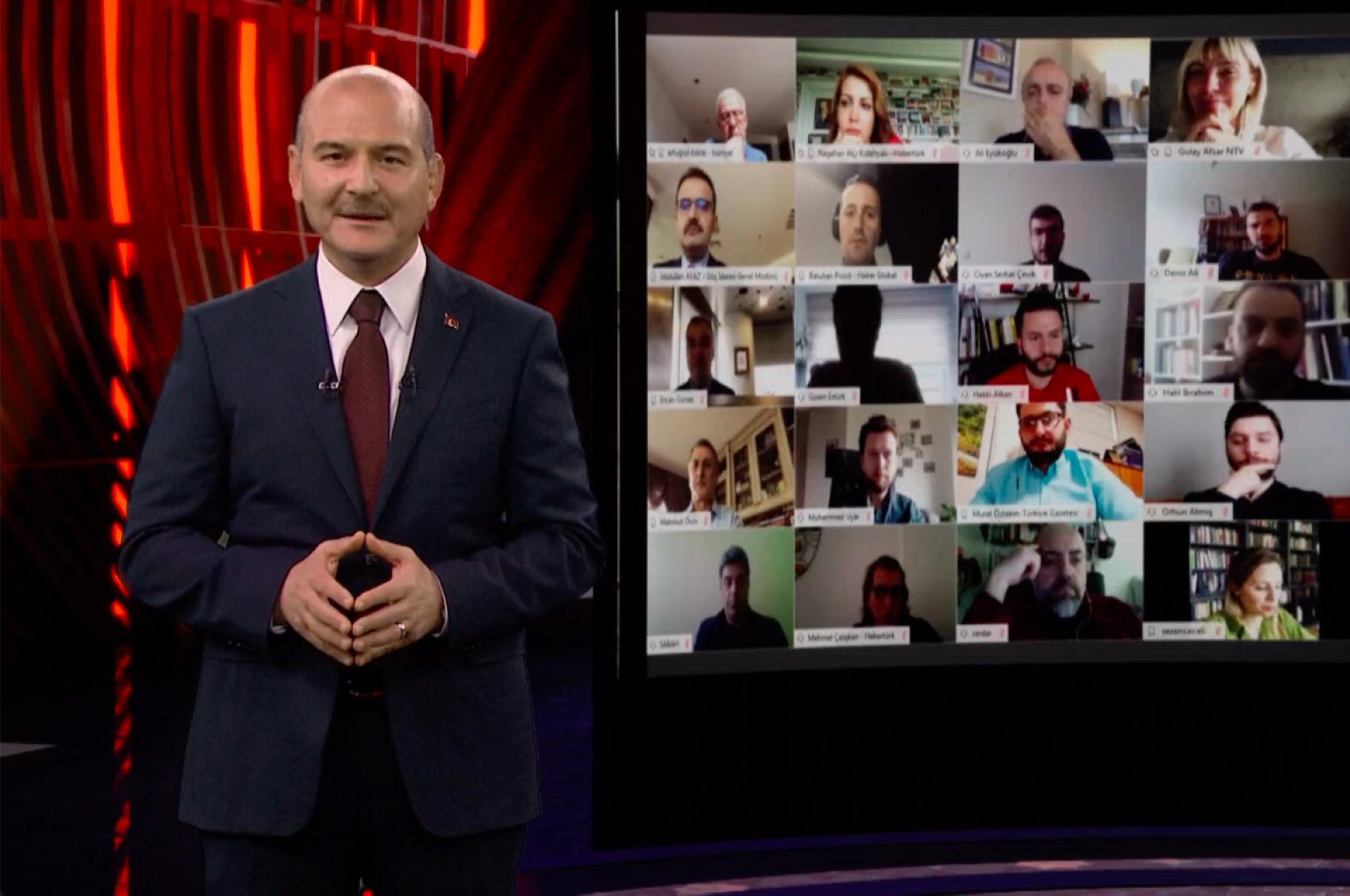 The promotional meeting of the International Migration Film Festival, which will be held online from June 14 to 21 by the Ministry of Interior's Directorate General of Migration, was held online with the participation of Minister of Interior Süleyman Soylu.

Speaking about the world's first unlimited access film festival organized under the auspices of the Turkish Presidency and with the contributions of the Ministry of Culture and Tourism, Soylu said: “There is migration today. Migration is actually always there – in language, in mind, in culture, in words and in love. In recent years, unfortunately, we have spoken of tragedies, tribulations and tears about migration. However, there is a real life out there. We are actually scaring ourselves. We advise the humanity who have migrated for thousands of years to close their doors, not to see anyone and not to hear anyone, and I think we are making mistakes.”

“It is time to talk about the beauty of migration, its contribution to our lives and to remember the spirit of migration,” the minister stated. “It is time to talk about the sense of migration and the art of migration, as well as how it binds people together and how it enriches civilizations. And it is time not to be afraid of our own truth and to believe in humanity. Now that migration has existed for thousands of years and it has contributed to our lives, then let us put aside the tragedies and pains of migration. Let us tell through art the beauties of migration and its contribution to culture and arts. We thought we should take the first step by organizing the International Migration Film Festival. Carchemish, (the location where) Gilgamesh (the major hero in ancient Mesopotamian mythology came from) is in Turkey; Noah's Ark is on our mountain. Namely, the story of migration came from Asia, Africa and the Middle East and met in Turkey. This festival will allow the world to explore its riches through migration.”

Underlining that the issue of migration has originated not only from the Middle East and Asia, Soylu continued: “In boats carrying illegal migrants we catch in the Aegean, we come across citizens of African countries whose names we do not even know. Also, there is a different kind of migration tragedy going on in South America. The migration that has existed throughout history has defined the character of the 21st century. Migration is not a case that could be carried out with passports and residence permits alone. It is not an issue to be solved by only catching illegal migrants and making a few mechanical arrangements, either. The 21st-century civilization has failed this test. First of all, people's lives are at stake here.”

Soylu highlighted that citizenship has been granted to qualified migrants, from engineers to artists, who would provide added value to Turkey. Soylu further noted that he lastly watched “Cep Herkülü: Naim Süleymanoğlu” (Pocket Hercules: Naim Süleymanoğlu) with his wife, the film which tells the life and migration story of Naim Süleymanoğlu, the Turkish weight-lifter whose ground-breaking feats were recognized around the world. The movie left his wife in tears.

The festival's honorary president, Oscar and Golden Globe winner F. Murray Abraham, also a respected Hollywood actor, expressed his pleasure to be at such a festival in a video message he sent for the meeting.