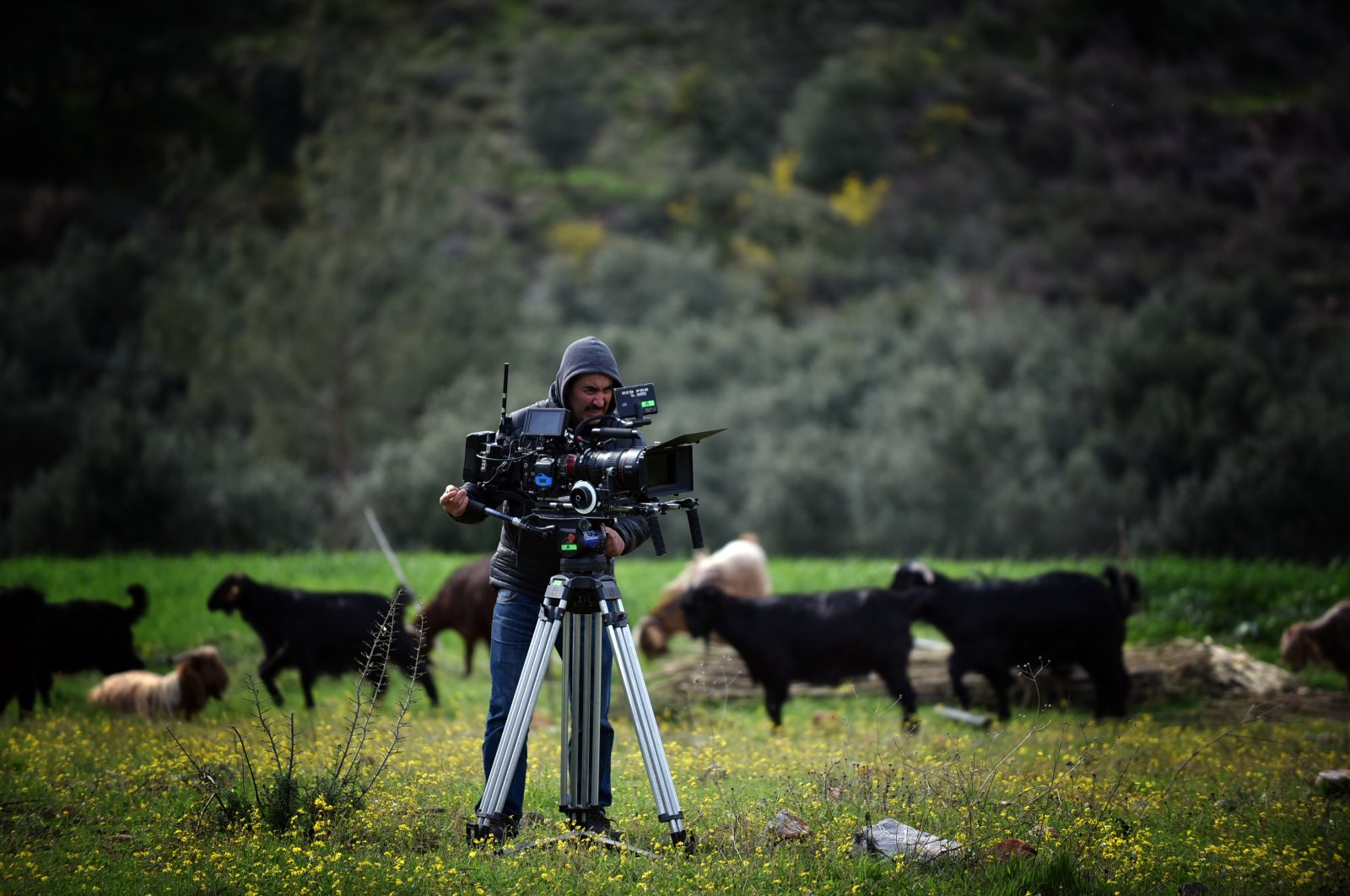 The exterior scenes of the film are being shot in the Silifke district of the Mediterranean coastal province of Mersin. (AA Photo)
by Anadolu Agency Mar 27, 2020 1:25 pm
RECOMMENDED

Shooting has begun for the film “Turna Misali” ("Like A Pike"), which is set to follow the lives of the Sarıkeçili Yörüks, a nomadic people who continue to live as they have for a millennium, clinging to their traditions and customs despite technological developments in the world around them.

The exterior scenes of the film are being shot in the Yeşilovacık neighborhood of Mersin's Silifke district on the Mediterranean coast, while the interior scenes are being filmed in a yurt set up in the woods near the Cilicia Aphrodisias on Tisan Bay, an area rich in ruins from Greek, Roman and Byzantine times.

The film stars Sennur Nogaylar as Gülsüm, Necmettin Çobanoğlu as Cemal, Zeynep Elçin as Rukiye, and Timur Ölkebaş as Mustafa, as well as various other Sarıkeçili Yörüks.

Written by İffet Eren Boz and Eyüp Boz, the film describes the daily lives of the nomads from inside their yurts, as well as how they spend time with their flocks, make a living and face the trials and tribulations of their seasonal migrations. The film shines a particular light on the family ties of two young disabled people whose affection for one another blossoms.

In an interview with Anadolu Agency (AA), İffet Eren Boz, co-director and co-scriptwriter of “Turna Misali,” said that the project was supported by the Ministry of Culture and Tourism.

Informing members of the press that shooting in the region was ongoing despite the various issues involved in filming herds of goats, Boz said: “We wrote the script based on the documentary that Eyüp Boz shot previously. We were here four or five years ago. I think the film will be very realistic. Let's see what the audience will make of it.”

Timur Ölkebaş, one of the actors, said that he accepted the project as soon as it was presented to him. As his family was also engaged in husbandry, Ölkebaş said he was very happy to take part in any project that is set in the great outdoors.

Actress Zeynep Elçin similarly stated her joy at being out in the countryside with the Sarıkeçili Yörüks and that it was an honor to be able to film in the yurts.

Necmettin Çobanoğlu, who plays the role of “Cemal,” lastly said that while preparing for the role, they had spent much time with the nomads and gained an appreciation of their lifestyles.