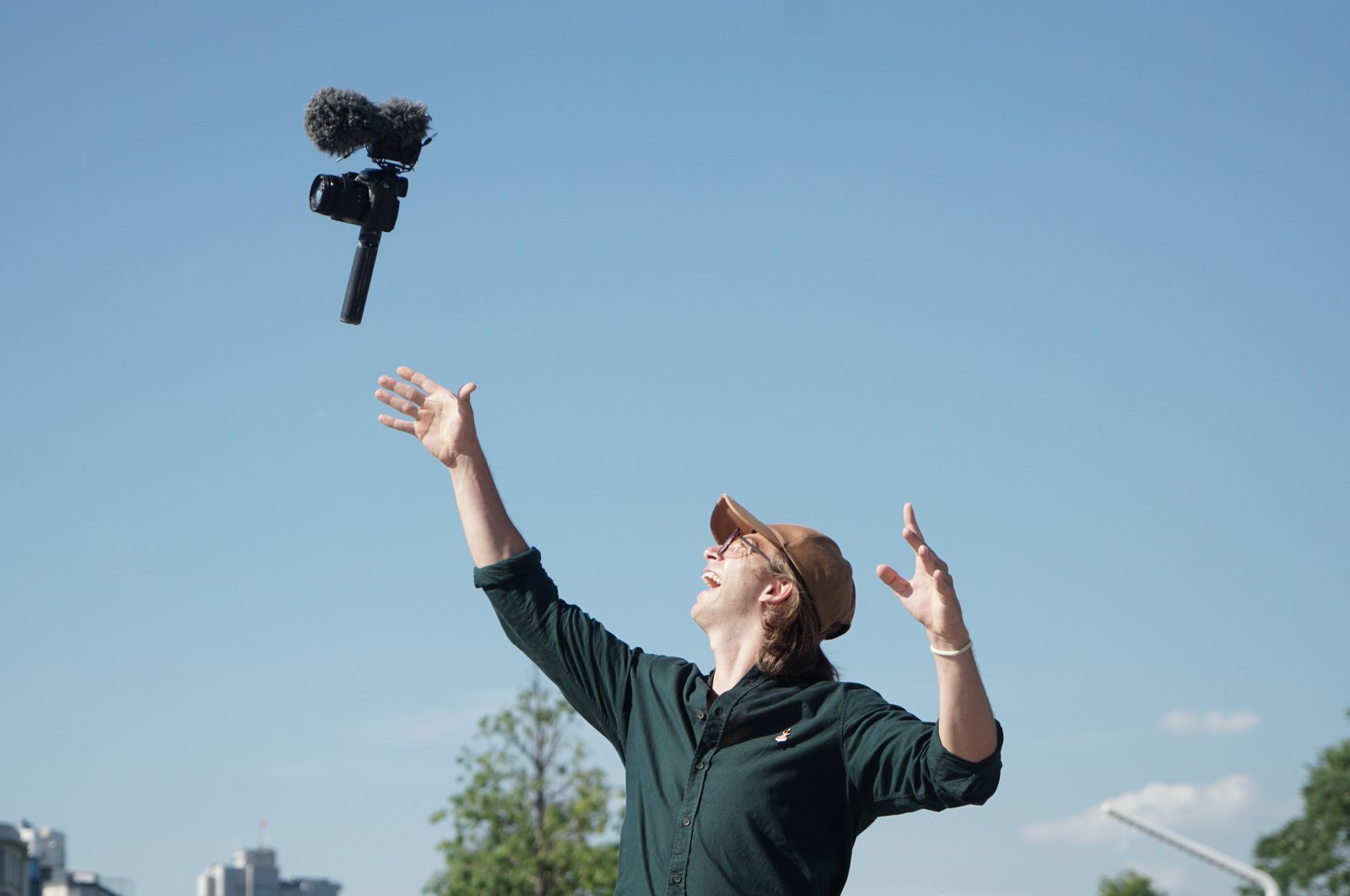 Italian director Franco Dubini hit the road with his camera four years ago to shoot documentaries on various subjects in different cities, like coffee producers in Indonesia or the difficult life of refugees in Greece. Traveling to 35 countries so far, the director is currently in Istanbul to tell the story of the “Queen of Cities.”

Dubini arrived in the Turkish metropolis two weeks ago and is exploring the streets of the historic city, seeking inspiration as he looks to make comprehensive documentaries on Turkish culture. "What is important for me with my camera is to destroy the stereotypes that people who don't travel or who are just used to seeing things on television or reading about in newspapers are afraid of," Dubini told Anadolu Agency (AA).

Following his arrival in Istanbul, which is his first stop in Turkey, he started to share videos on his social media accounts.

"I was born in Switzerland, but I am Italian inside my bones because I was raised by Italian parents," he said. Later, he moved to Berlin, Germany, where he studied German and graphic design. "I got a scholarship and I moved to Australia," he said. According to the director, he was very lucky to find his real passion, which is filmmaking, there at the age of 23.

"I quit the university. I was a waiter. I was cleaning bathrooms for Airbnb, saved some money and bought my first camera," he said, adding he traveled to Indonesia and the U.S. to build his portfolio.

Between Asia and Europe

"This is where everything was happening, where ships were coming in. There is Asia, there is Europe," he pointed out while standing on the shores of the famous city. "This is the place you feel the energy. This is what I am living for – visiting this place, meeting the people in all these places and telling their stories."

"Istanbul is incredibly European," he said, highlighting how cosmopolitan the city is. "The culture is so rich in this place as well as in the food. You can find a different kind of food, you can experience Turkish food as well as Italian food ... Here you can feel at home in Turkey as much as you can feel in Italy."

Dubini thinks Taksim Square is the most touristic place in the metropolis. "I like this place as much as I like very hidden streets and to meet locals. What I do with my videos here is not just interviewing artists, but I try to understand what they eat, what is the culture, how they see the world."

"Turkish people welcome you very well in their country. I believe it comes from being Muslim," he noted while pointing out that he has traveled to many Muslim countries and has always been greeted with warm hospitality. "People are looking forward to showing you their culture in these places. That is amazing. Compared to many counties in Europe, I felt way more welcomed here than there, for example.”

"Here you can feel the differences and you can feel how people are interested in you as a different person coming to their country and they want to show you what they have," he said.

Dubini, who shares his observations of Istanbul with interesting short videos on social media every day, continues to work on making feature-length documentaries.