Taksim Square gets a makeover with trees 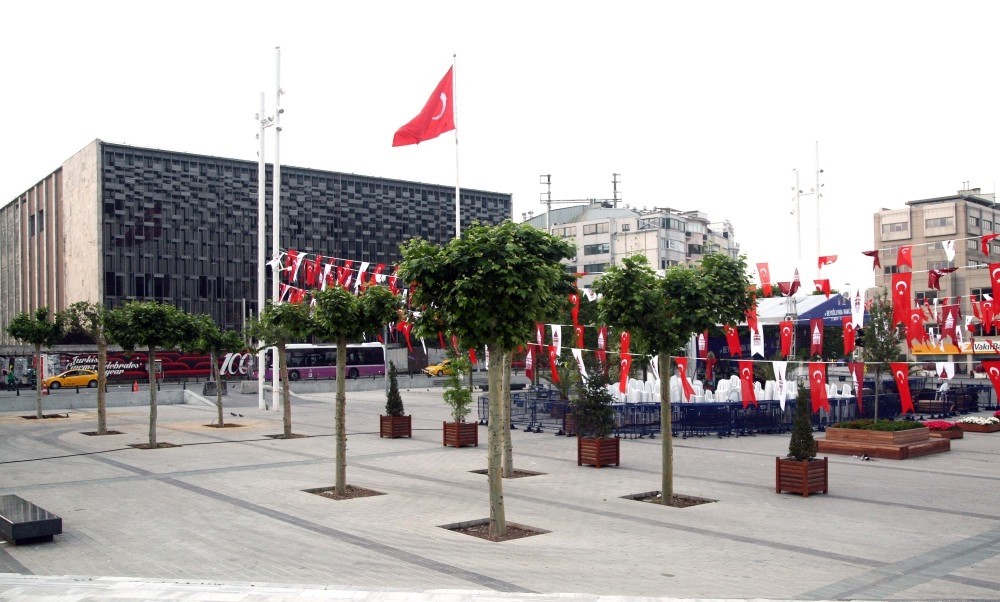 Trees were planted in Istanbul's iconic Taksim Square as the city's most visited venue gets a facelift.

Istanbul municipality workers planted 20 trees in addition to the already present 30 trees late on Thursday, across the square which is viewed as the heart of Turkey's most populated city. Ten plane trees, 18 oak trees, 17 lime trees and five olive trees were planted.

In 2015, the municipality started a project for a makeover of the iconic square which has been largely pedestrianized.

Gezi Park riots in 2013 have led to a delay in the project for a facelift of the square and after a lengthy legal process, a court finally approved new zoning plans to pave the way for the square's pedestrianization.