‘Great Scott!’: Reunion of 'Back to the Future' stars 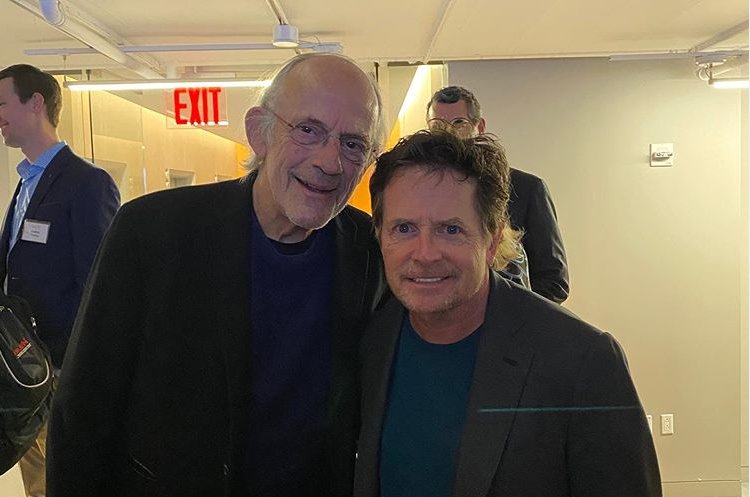 Stars of the Academy Award-winning 1985 hit “Back to the Future,” starring Christopher Lloyd and Michael J. Fox, have reunited 35 years after the Hollywood classic's first release.

Fox posted a picture with Lloyd on his Instagram account, captioning it with the message: “All in with @mrchristopherlloyd at @michaeljfoxorg Poker Night!”

Lloyd attended Fox’s event aimed at raising funds for the Michael J Fox Foundation, which aims to boost research for the treatment of Parkinson’s disease. The foundation was established in 2000 after Fox revealed that he had been diagnosed with the condition.

However, it is not the first time two stars have made an appearance together. In 2015, they reunited for the original’s film’s 30th anniversary with their co-stars Wilson and Lea Thompson.

The appearance of two stars created hype among fans of the movie. Rumors that this reunion will lead to a fourth film in the franchise have spread throughout social media on various occasions, leading to disappointment when the film’s director, Robert Zemeckis, put rumors to rest in 2015, saying: "Oh, God, no. That can’t happen until Bob and I are dead," adding: "And then I’m sure they’ll do it – unless there’s a way our estates can stop it."

Nonetheless, fans were thrilled to see their idols together, many commenting: “Great Scott!” in a nod to Lloyd’s most famous catchphrase from the feature.

US-LIBYA-RELATIONS
KEYWORDS
cinema back to the future arts