Historical amity between Turkey, Azerbaijan to be featured in film ‘Golden Train’ 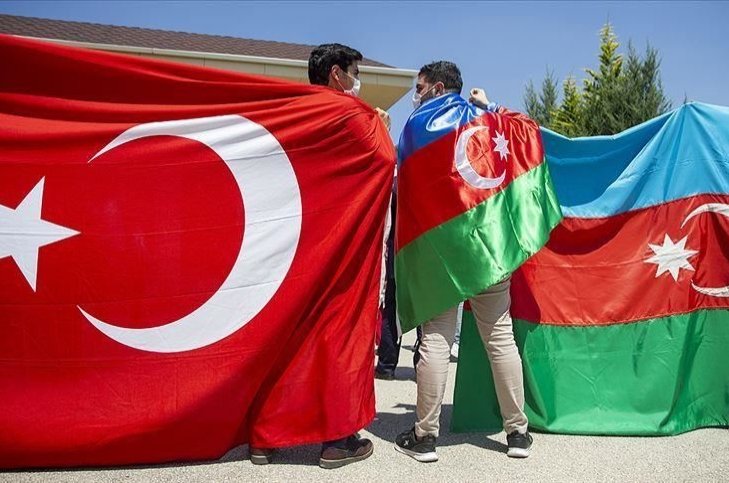 Two young men are seen side by side with the flags of Turkey and Azerbaijan as a symbol of the solidarity between the two countries, in this photo provided on Aug. 17, 2020. (AA PHOTO)
by Anadolu Agency Aug 18, 2020 11:46 am
Edited By Irem Yaşar

The solidarity between Turkey and Azerbaijan during the Turkish War of Independence is set to be featured in a screenplay.

Preparations for the film, titled “Altın Tren” ("Golden Train"), have already begun. The film focuses on the cooperation between the countries and the two's strong friendship. It will be a joint production of Turkey and Azerbaijan, and its filming is scheduled to begin in March 2021.

“Golden Train” centers on a special team brought together by the strategy created under the leadership of Turkey’s founder Mustafa Kemal Atatürk, Azerbaijani statesman Neriman Nerimanov and Turkish Gen. Kazım Karabekir. The story, set during a critical period of the war, tells about the assignment of this team to deliver Azerbaijan's aid to Ankara. The film is slated to be released in April 2022.