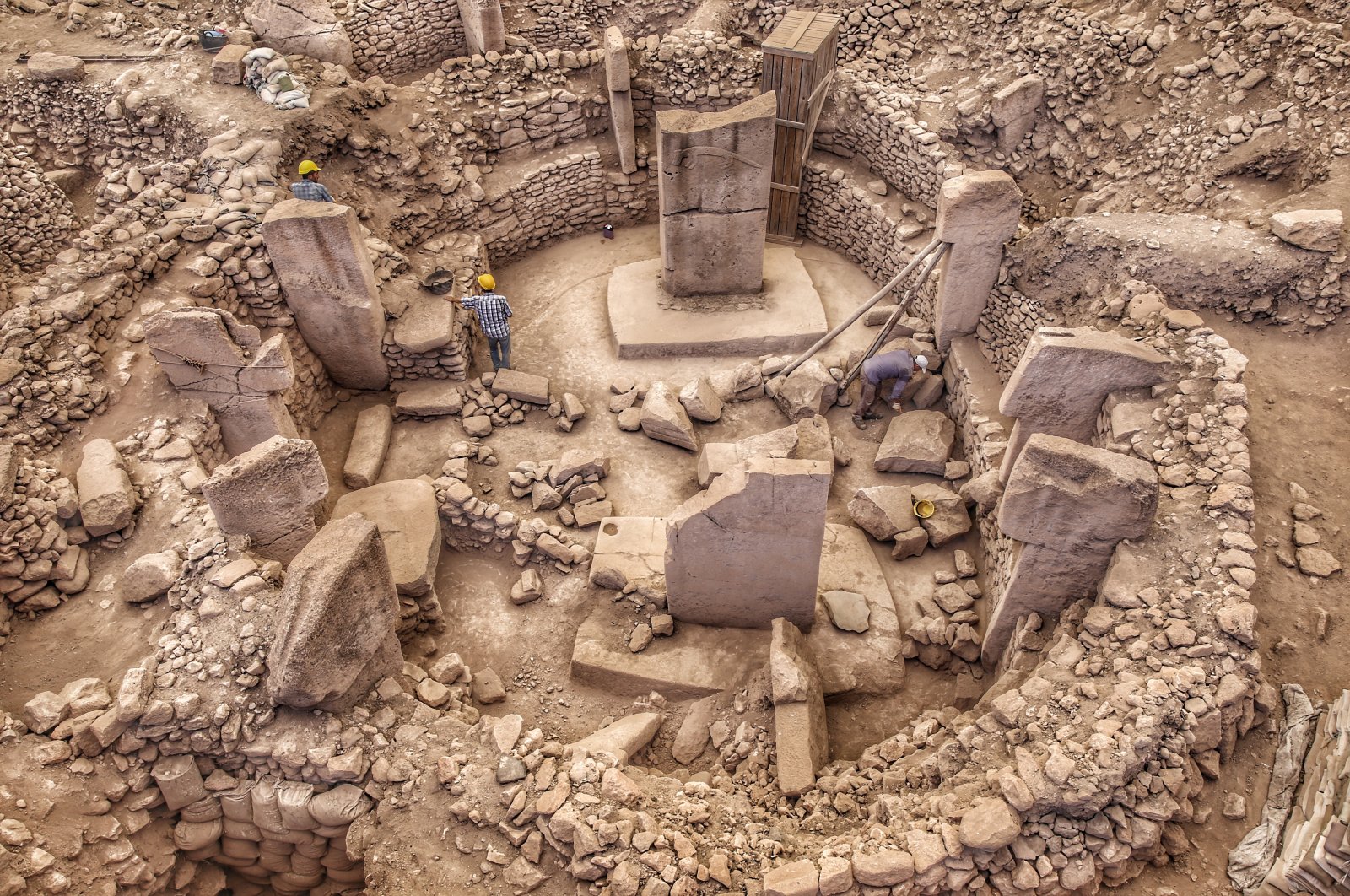 Göbeklitepe, the archaeological site in southeastern Turkey's Şanlıurfa province described as "the zero point of history," continues to be highlighted in books, films, series and animated films. Historical rituals in the ancient marvel are the subject of a recent documentary titled "Göbeklitepe Sakinleri” ("Residents of Göbeklitepe").

After entering UNESCO’s World Heritage List, the historical ruins became the focus of attention for screenwriters and directors, who have undertaken many national and international productions so far.

Professor Sedat Benek, head of the Geography Department of Harran University (HRÜ), is one of those who is impressed by Göbeklitepe. Having won many awards at national and international festivals which he attended with short films that he directed in addition to his academic career, Benek recently shot a 68-minute documentary about Göbeklitepe, which dates back 12,000 years.

Interviewing the residents of Göbeklitepe, Benek describes the rituals performed at the historical ruins before their discovery, based on interviews with people of different ages, starting with a 102-year-old grandmother named Ayşe.

In an interview with Anadolu Agency (AA), Benek thanked his team and residents of Göbeklitepe village who helped in the preparation of the documentary.

Benek stated that the documentary features interviews with six different people who have lived in the region in the last century, adding that they have also included the religious rituals that various belief groups performed in Göbeklitepe on different days.

Indicating that they are striving to convey the emergence of the Göbeklitepe ruins and its impact on the present, Benek continued: “The documentary reveals that the rituals performed at the time when Göbeklitepe was operational and the rituals performed by the villagers before the discovery of the ruins are very similar to each other. Another important point in this context is that these rituals have continued until recently. The ruins were a sacred area even before discovery; animals were released around here and were sacrificed as part of celebrations and festivals in a certain period in March considered sacred. In this sense, large festivals were held with the participation of all local people.”

The documentary came to the fore when it made it to the finals at the 39th Istanbul Festival where it was displayed for the first time. Benek expressed that they are glad that the documentary was greatly welcomed at its first festival.

Stating that the documentary attracted attention due to the importance of Göbeklitepe, he said: “While the archaeological dimension has been highlighted in all series, films and documentaries made to date, we have preferred the oral history narrative format that is suitable for the basis of archaeology. In our documentary, we have revealed the approach of the people living in the region based on oral history. We have presented the documentary as a production in which we question how these rituals have continued so far and how they have been performed. We will send our documentary to festivals at home and abroad, and we think it will be welcomed.”

The documentary will compete in the final of the 39th Istanbul Film Festival from Oct. 9-20 and also be displayed at national and international festivals after the event in Istanbul.