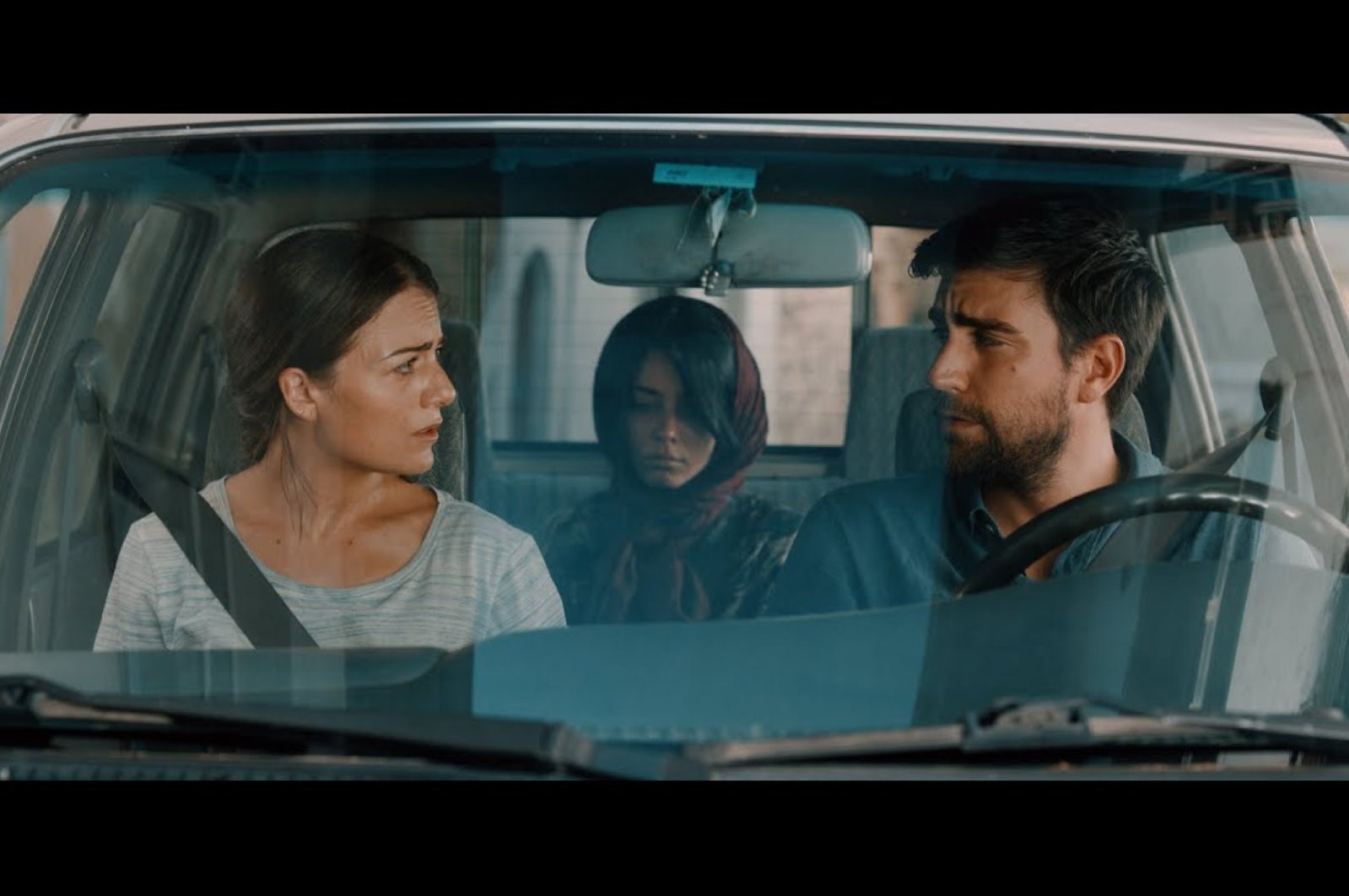 The first of the films to compete in the features category of the world's largest migration-themed film festival is “For Sama,” which has won seven awards so far. The film, which was nominated for an Oscar in 2019, returned with the Best Documentary Film Award from The British Academy Film Awards (BAFTA), Cannes and British Independent Film Awards. The documentary, co-directed by Syrian Waad Al-Kateab and English Edward Watts, portrays the civil war in Syria with striking language through the eyes of a young mother. Also referred to as a love letter from a young mother to her daughter, the film chronicles the time Waad Al-Kateab fell in love, married and gave birth to Sama in a period of five years during Syria's Aleppo uprising and what happened in the region. “For Sama” takes viewers on an intimate and epic journey, from a woman's perspective, through the experience of war.

Another highly anticipated production in the competition is “Midnight Traveler,” which is based on the real-life story of Afghan director Hassan Fazili and received awards from several festivals including the Sundance and Berlin film festivals. “Midnight Traveler” tells how Fazili was forced to flee the country with his wife and two daughters after the Taliban put a price on his head due to the film he shot in 2015 and what the family went through later. Fazili, who clung to life by shooting films during his three-year journey, portrays the dangers faced by refugees seeking asylum and the story of one fugitive family on the screen with stunning images taken entirely by his mobile phone.

“Omar and Us,” co-directed by Ukrainian director Maryna Er Gorbach and her award-winning director husband Mehmet Bahadır Er, describes a retired commander living on the Turkish-Greek border confronting his prejudices after he started hosting two migrants who saved the lives of his neighbor. The film, starring Menderes Samancılar and Cem Bender, has earned awards at several festivals, including the Warsaw Film Festival, and features actors living as migrants in Turkey.

The film “Kızım Gibi Kokuyorsun” (Scent of My Daughter), directed by Olgun Özdemir and awarded at the Eastern Europe, London and Milan international film festivals, tells the emotional and fascinating road story of Beatrice, who lost her family members in a Daesh terror attack in Nice; Hevi, a Syrian who experienced the same pain over losing his relatives; and Ibrahim, an expatriate who has come on holiday to his country.

“Oskar & Lilli,” directed by Iranian Arash T. Riahi, who had to leave his country with his family and live in Austria during the Iranian Revolution in 1979, tells the painful experience of Chechen refugee children Oskar, 8, and Lilli, 13, who are to be deported from Austria with their mother.

“Sembra mio figlio” (Just Like My Son), directed by Italian Costanza Quatriglio, tells the story of two brothers who flee the persecution of the Taliban in Afghanistan and come to live in Europe. Also, “Rafael,” inspired by real events and directed by Dutch director Ben Sombogaart, brings to the audience the gripping story of Nazir, a Tunisian who marries a hairdresser to stay in the Netherlands, to which he fled because of the Arab Spring.

“The Merger/Extra Time,” directed by Dutch director Mark Grentell, tells the story of a former professional footballer who recruits refugees to help save the team as well as provide them with a new life.

The winners will be announced at the festival's closing and awards ceremony on June 21.

Award-winning Turkish filmmaker Nuri Bilge Ceylan has been named the head of the jury of the festival, presented by the Ministry of Interior's Directorate General of Migration under the auspices of the Turkish Presidency and with the contributions of the Ministry of Culture and Tourism. Ceylan will preside over the seven-person jury of the festival's International Feature Film Competition, of which Anadolu Agency is a global communications partner.