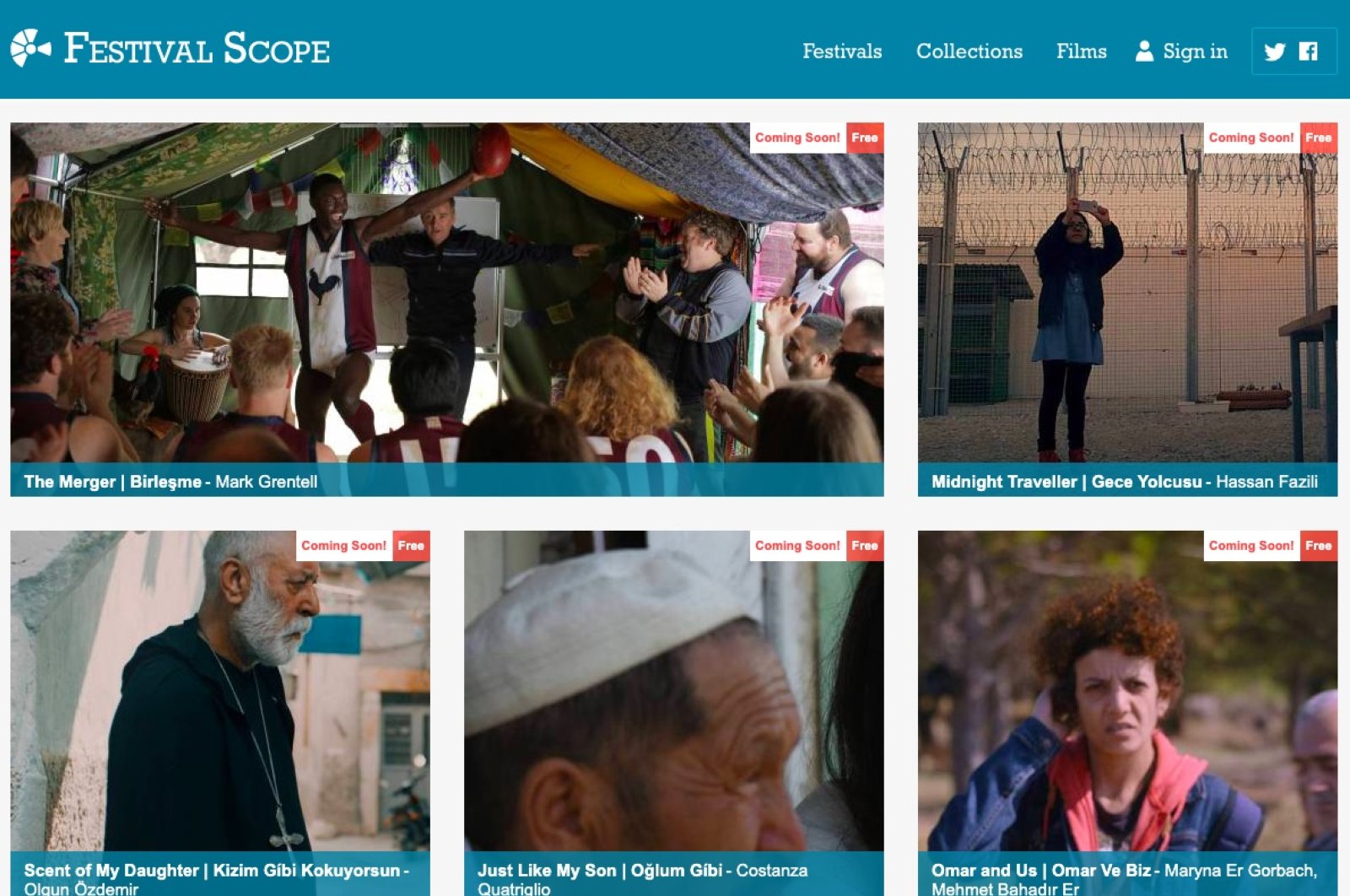 A still shot from the page through which viewers will watch the festival's films.
by Anadolu Agency Jun 11, 2020 11:49 am
Edited By Irem Yaşar
RECOMMENDED

All of the films at Turkey's International Migration Film Festival will be available for free, the organizers announced on Wednesday.

In a statement, festival organizers said over 50 films will be available online during the festival on June 14-21 via www.festivalscope.com through subscription.

Due to the limited number of screenings, pre-reservations are needed for the festival, and it can be done as of June 13 at midnight.

The films will be available only in Turkey with Turkish and English subtitles.

The festival aims to stress that "migration has been a common story experienced by all nations throughout history" and to raise awareness on the issue, according to organizers.

With Anadolu Agency (AA) as its global communications partner, the festival is supported by Turkey's Culture and Tourism Ministry and organized by the Interior Ministry under the auspices of the Turkish presidency.

On Monday, the organizers announced the entries will compete in the feature films category, and the best film will be awarded 15,000 euros (TL 116,000).

Eight films will be vying for an award including “For Sama” by Emmy award-winning filmmakers Waad al-Kateab and Edward Watts, as well as Afghan director Hassan Fazili's “Midnight Traveler” plus “Omar and Us” by Maryna Er Gorbach and Mehmet Bahadır Er.

The international jury board of the contest will be chaired by Turkey's celebrated filmmaker Nuri Bilge Ceylan, who has won several awards, including best film and best director at the Cannes Film Festival.