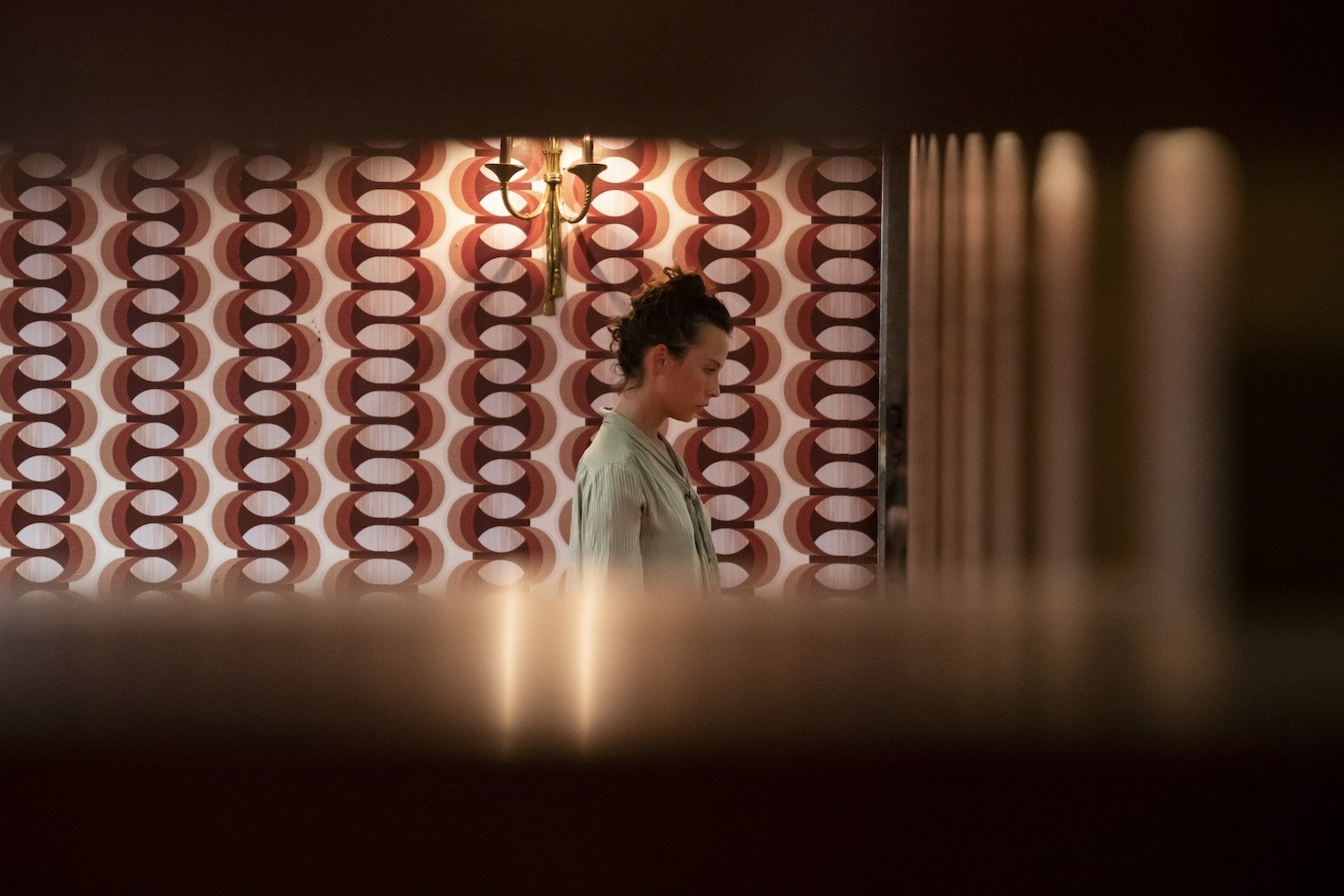 Dedicating its first program to short films, Istanbul Modern has prepared an exclusive selection of Turkish and international movies in two subsections

Istanbul Modern Cinema offers a rich program of short films consisting of free genres open to exploration, independent of market conditions, and can serve as an area of research. Consisting of two selections, the program “Future is Short” will present a total of 27 short films to viewers online between Jan. 21 and Jan. 31.

The first selection, which is a continuation of the “Count Us In!” program features 19 short films produced in Turkey last year. In addition to film screenings of a large spectrum of genres, from 3D animation, documentary and experimental films to drama, online meetings with the directors of films will be held. The second selection consists of eight short films nominated for Oscars in animation and live action at the 2020 Academy Awards.

The films will be accessible on Istanbul Modern’s website for free and will remain available according to the date-time slot specified in the screening program. Here are some of the movies set to be screened as part of the program.

‘Ahtapot’: Directed by Engin Erden and starring Yusuf Bayraktar and Lidya Akkuş, “Ahtapot” (“The Octopus”) will be screened at 12 p.m. on Jan. 21 and 22. In the story of the movie, Ece and Efe, two buddies aged 8 and 9, get bored on the seaside on a summer day and want to fish to catch something big to prove themselves to their elders.

‘Mamaville’: Directed by Irmak Karasu and starring Ece Yüksel and Gönül Ürer, “Mamaville” will be shown at 2 p.m. on Jan. 21 and 22. The film follows the daily lives of Ferah and her grandmother, who spend their summer vacation in their summerhouse. The granddaughter discovers herself while the grandmother chooses calmness and serenity. The film, which won the Best Short Film Award at the Golden Orange Film Festival this year, stars Ece Yüksel in the lead role.

‘Bir Yazdan Izlenimler’: Directed by Ayla Çiftçi, “Bir Yazdan Izlenimler” (“Impressions from a Summer”) features a dreamy journey portraying various frames shot near the sea, from the surface of the sand, the wind in the trees and those sunbathing to those playing in the water. It is an experimental film that portrays the feeling and rhythm of summer somewhere between photography and oil painting. The film will be screened at 4 p.m. on Jan. 21 and 22.

‘Yağmur, Şnorkel ve Taze Fasulye’: Directed by Yavuz Akyıldız and starring Şerif Erol, Onurberk Arslanoğlu and Selen Gökçem, “Yağmur, Şnorkel ve Taze Fasulye” (“Rain, Snorkel and Fresh Beans”) will be screened at 12 p.m. on Jan. 21 and 23. It is a sweet film about the relationship between a 32-year-old son who decides he should leave his father’s house and a father who does not want his son to go.

‘Büyük Istanbul Depresyonu’: Directed by Zeynep Dilan Süren and starring Nazlı Bulum, Kübra Balcan and Şebnem Hassanisoughi, “Büyük Istanbul Depresyonu” (“The Great Istanbul Depression”) will be screened at 2 p.m. on Jan. 22 and 23. The movie brings the summer season to Istanbul. Didem and Ayşe are two friends who have graduated from university but have not found a job. The film follows the inner workings of the two young women, who are stuck both at home and in life.

‘Evde Yok’: Directed by Murat Emir Eren and starring Nihan Aker and Emre Yetim, “Evde Yok” (“As If I Never Existed”) will be screened at 4 p.m. on Jan. 22 and 23. In the movie, a woman whose marriage has just ended prepares to pack her belongings and leave the house. However, the ghosts of the past continue to haunt her. The movie appears as a production describing the conflict between the house we carry inside us and the house we live in, as well as the feeling of loss in the codes of a thriller.

‘Disonans’: Starring Ezgi Çelik and Deniz Celiloğlu, “Disonans” (“The Dissonance”) will be screened at 12 p.m. on Jan. 23 and 24. This homemade film by director Ramin Matin, who is known for his feature-length films, portrays Esra as a freelance voice actor. Over time, the sounds of the images she works on and the sounds of the house get mixed, and reality transcends the walls of the house.

‘Lal’: Directed by Gökalp Gönen, “Lal” (2020) will be screened at 2 p.m. on Jan. 23 and 24. In the director’s 3D animated film, a mummy-like creature comes into existence but has to eat another to live. It is a striking, allegorical story about the evolution of creatures that multiply gradually after finding the right word.

‘Binbir Gece’: Directed by Mahsum Taşkın and starring Bartu Osman Tuğral, Hatice Taşkın and Rıdvan Sevim, “Binbir Gece” (“One Thousand and One Nights”) will be screened at 12 p.m. on Jan. 24 and 25. Seyithan, who lives in a small village in southeastern Şırnak province, receives a bad report card. Will he be a shepherd like his father in the future? When the power goes out and he cannot watch TV, he starts reading a book of fairy tales his teacher gave him. The tale will affect him in a way he never expected.

‘Yağmur Olup Şehre Düşüyorum’: Directed by Kasım Ördek and starring Ramazan Ergin, Asuman Durmaz and Fatoş Yıldız, “Yağmur Olup Şehre Düşüyorum” (“I am Raining down into the City”) will be screened at 2 p.m. on Jan. 23 and 24. Sait, who lives with his family, learns that his daughter has been abandoned by her fiance Isa and sets out to search for Isa. He also wants to fix a broken radio cassette player. It is a poetic film about memory and rain.

‘Toz Olmak’: Directed by Hüseyin Aydın Gürsoy and starring Emine Meyrem, Ilker Durmaz and Aziz Çapkurt, “Toz Olmak” (“Turning to Dust”) will be screened at 4 p.m. on Jan. 25 and 26. In the movie, Elif is a refugee who works illegally in France with her husband. While his husband thinks that they should return to Turkey as their debts have mounted and their boss does not pay their wage, Elif is determined not to give up in order to offer her son a good future.

‘Une Soeur’: Directed by Delphine Girard, “Une Soeur” (“A Sister”) stars Veerle Baetens, Selma Alaoui and Guillaume Duhesme. It is dark, and the protagonist of the film is a woman who we only see from behind. She sits in the front seat of a car and calls the emergency call center with a trembling voice. An Oscar nominee from Belgium, the film features the story of two women that falls between a tragedy and a psychological thriller.

‘Brotherhood’: Directed by Meryam Joobeur and starring Kais Ayari, Mohamed Grayaa and Mouldi Kriden, “Brotherhood” tells the story of a shepherd named Muhammad and his family. Years later, he is horrified at the return of his eldest son home from Syria after fighting for the Daesh terrorist group. The reunion of the family will rake over the old wounds between the father and the son. It is an emotional tragedy on tradition and family by the Tunisian director.

‘Nefta Football Club’: Directed by Yves Piat, “Nefta Football Club” stars Eltayef Dhaoui, Mohamed Ali Ayari and Lyes Salem in the leading roles. Two football enthusiast brothers find a donkey with headphones in its ears while strolling through the area on the border with Tunisia and Algeria. The headphones boast the sound of music. The trust of the donkey will cause unexpected things for the two brothers. In fact, it is an impressive, warm comedy with a landscape that approaches a dangerous event in a humorous manner.

‘Saria’: Directed by Bryan Buckley, "Saria" fictionalizes a tragic event in Guatemala in 2017. Named after the 15-year-old protagonist Saria, the film depicts her dream of escaping from an orphanage where she is exposed to violence and going to the United States' border. She will pay a heavy price to realize the dream.

‘Memorable’: Directed by Bruno Collet and dubbed by Dominique Reymond and Andre Wilms, “Memorable” is about the changing world around aging painter Louis. His perceptions, like his memory, increasingly start playing games with him.