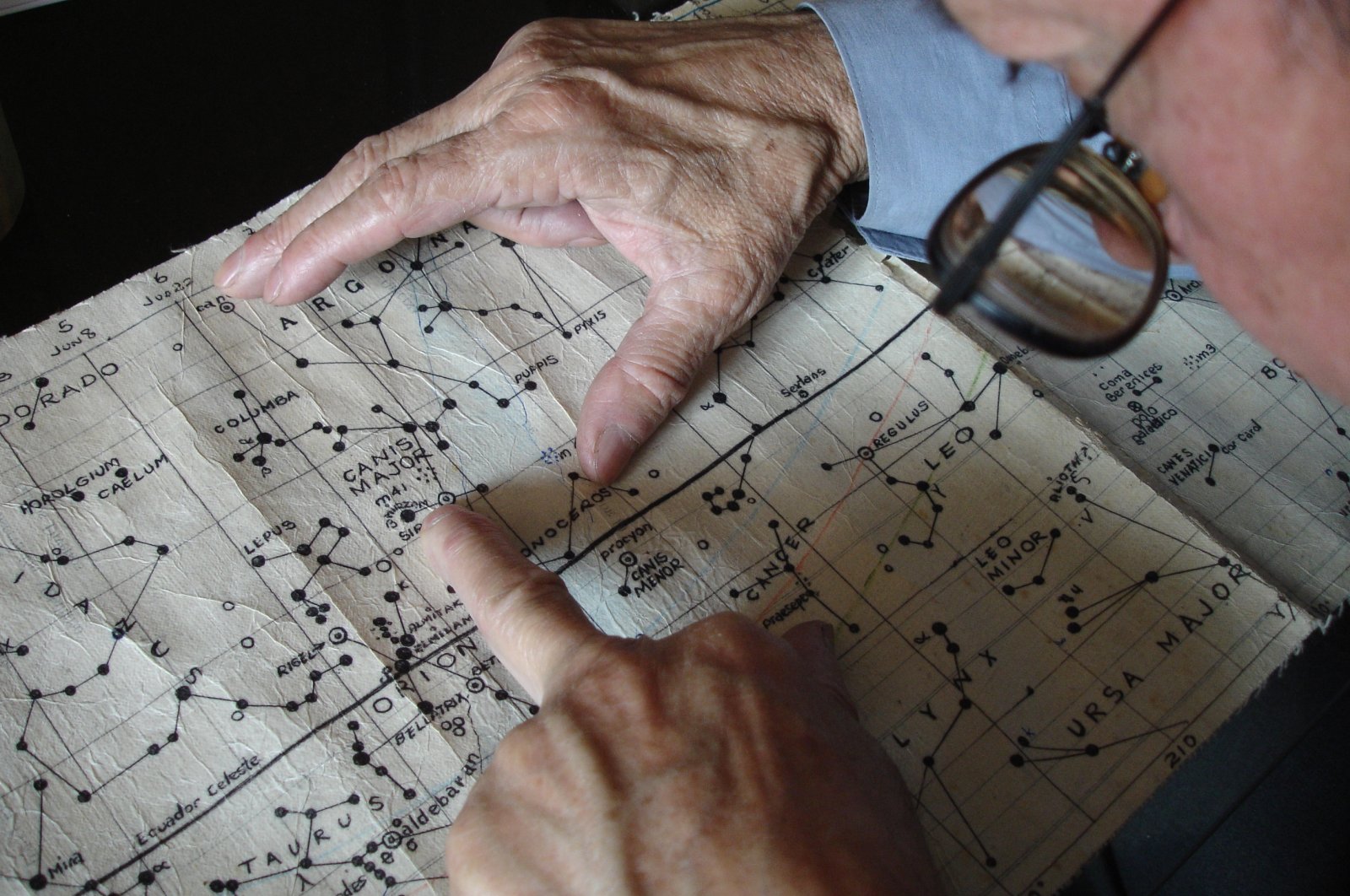 Istanbul Modern Cinema continues its free access online screenings this month as the first of its new "3x2" program series – featuring two trilogies every month – "Topography," which started on Oct. 25, heads into a conclusion.

Prepared with the contributions of Türk Tuborg A.Ş., this month's trilogy duo focuses on geography both in the visual and in the narrative.

The first trilogy, the "Koker" trilogy, which takes its name from the village it features, from Iranian director Abbas Kiarostami concluded at the beginning of November. All three films were shot between 1987 and 1994.

Meanwhile, the other part of the program – still ongoing – features Chilean director Patricio Guzman's "Chile" trilogy, reflecting on the history of Chile, filled with coups, massacres and pain as a result of the 1973 coup.

The trilogies are sets of three films, grouped together – sometimes by critics, sometimes by directors themselves – and are related to each other through a common character, theme or place. They can be parts of a bigger story, or they can be independent stories that create a roof only when they come together.

The films are all featured on Istanbul Modern's website and are free to access during their screening dates.

'Where is the Friend's Home?'

Director Abbas Kiarostami's 1987 drama, "Where is the Friend's Home?" is the first entry in the "Koker" trilogy and is also the simplest one of the three – story-wise. It tells the journey of a boy who travels from Koker to a neighboring village to return the notebook he accidentally took from his friend.

The film follows our hero, Ahmed, on his quest to return the notebook, which should his friend fail to hand in the next day will likely result in his expulsion; meanwhile, it reveals the daily life and rhythm of Iranian rural scenes.

The film's simple yet multilayered account of a conscientious schoolboy's journey, the story of a young person's responsibility conveys whatever is beautiful, tense and astonishing that can fit in a single day with different possibilities.

'And Life Goes On'

Considered the second part of the "Koker" trilogy, "And Life Goes On" was screened at the Cannes Film Festival in 1992 under the "Un Certain Regard" section.

A semi-fictional work, the documentary-style film is based on Kiarostami and his son on the road after the 1990 earthquake in Iran that killed over 30,000 people and left half a million homeless, as they searched for the children that played Ahmed and others in his previous film "Where is the Friend's Home?"

As such the film follows a director – played by Farhad Kheradmand – on this journey through the country in the aftermath of the earthquake. Passages are closed, roads are blocked, as the film observes life trying to reestablish itself after the disaster.

The film carries the characteristics of the trilogy, namely the poetic expression of the visual space, the non-professional actors and the narrative structure that questions fiction itself where complex meanings emerge with simple cinematic tools.

'Through the Olive Trees'

The final part of the "Koker" trilogy, "Through the Olive Trees" was Iran's entry for Best Foreign Language Film at the 67th Academy Awards in 1995. The film, set once again in the earthquake-ravaged northern Iran, revolves around the production of the previous entry "And Life Goes On," which itself was a revisitation of the first film.

The film shows the behind-the-scenes of the previous entry from the casting to the shooting, as the audience watches how the scenes that felt like the natural flow of life in the previous movie were actually designed.

With its naturalistic style, providing a complex study and exploration of the alchemy between cinema and reality, on set and off set, its narrative often blurs the boundaries between fiction and reality. It – being the last film of Kiarostami's unplanned, organically developed trilogy – approaches human nature from a warm and gentle perspective.

'Nostalgia for the Light'

Director Guzman, who had to leave his country after Augusto Pinochet's coup in 1973, focuses his trilogy on this painful history of Chile, told through its geography and starting with the "Nostalgia for the Light."

The first film tells the story of astronomers from around the world who have come to the Atacama Desert – at an altitude of 2,400 meters (7,900 feet) – to study distant galaxies.

Above in the bright, almost transparent sky stand the stars, while below lay the hidden mummies under the sand, the bones of the victims of the Pinochet dictatorship, and the families that seek them.

This poetic connection established between stars and bones is also reflected in the visuality of the film.

Guzman focuses on the similarities between astronomers researching humanity's past, in an astronomical sense, and the struggle of many Chilean women who still search, after decades, for the remains of their relatives executed during the dictatorship.

In his second film, "The Pearl Button," Guzman this time listens to the memory of water, the main source of life. The film was screened in the main competition section of the 65th Berlin International Film Festival in 2015, where it won the Silver Bear for Best Script.

The film explores familiar Guzman themes such as memory and the historical past while following the story of two mysterious buttons found in the ocean, one of them a shirt button discovered during a 2004 investigation by Chilean Judge Juan Guzman on a length of rail used to weigh the bodies of Pinochet's victims dumped in the sea, and the other is the button after which the Yaghan native Jemmy Button was named when taken aboard the HMS Beagle in 1830.

As it reveals the story of two buttons, it pursues the dark past of the Chilean lands, the dictatorship of Pinochet, who drenched the ocean with blood, and the curse of the "white man."

While the documentary reveals nature in all its glory, it reflects people's cruelty towards each other through the natives of Chile.

'The Cordillera of Dreams'

Guzman's final entry in his "Chile" trilogy, also his most personal film in the triptych, "The Cordillera of Dreams," this documentary focuses on the vast mountain range of Andes – or Cordillera as the locals call it – running along South America's western side, and is among the world's longest mountain ranges, and it also surrounds Santiago like a wall.

Guzman combines his feelings, his childhood memories about the Cordillera after returning to his years later as an intellectual, and the political and natural destruction the mountains have witnessed.

He narrates over the archive footage from Pablo Salas as the film tries to understand the spirit of Chile with its fascinating visuals and poetic expression.