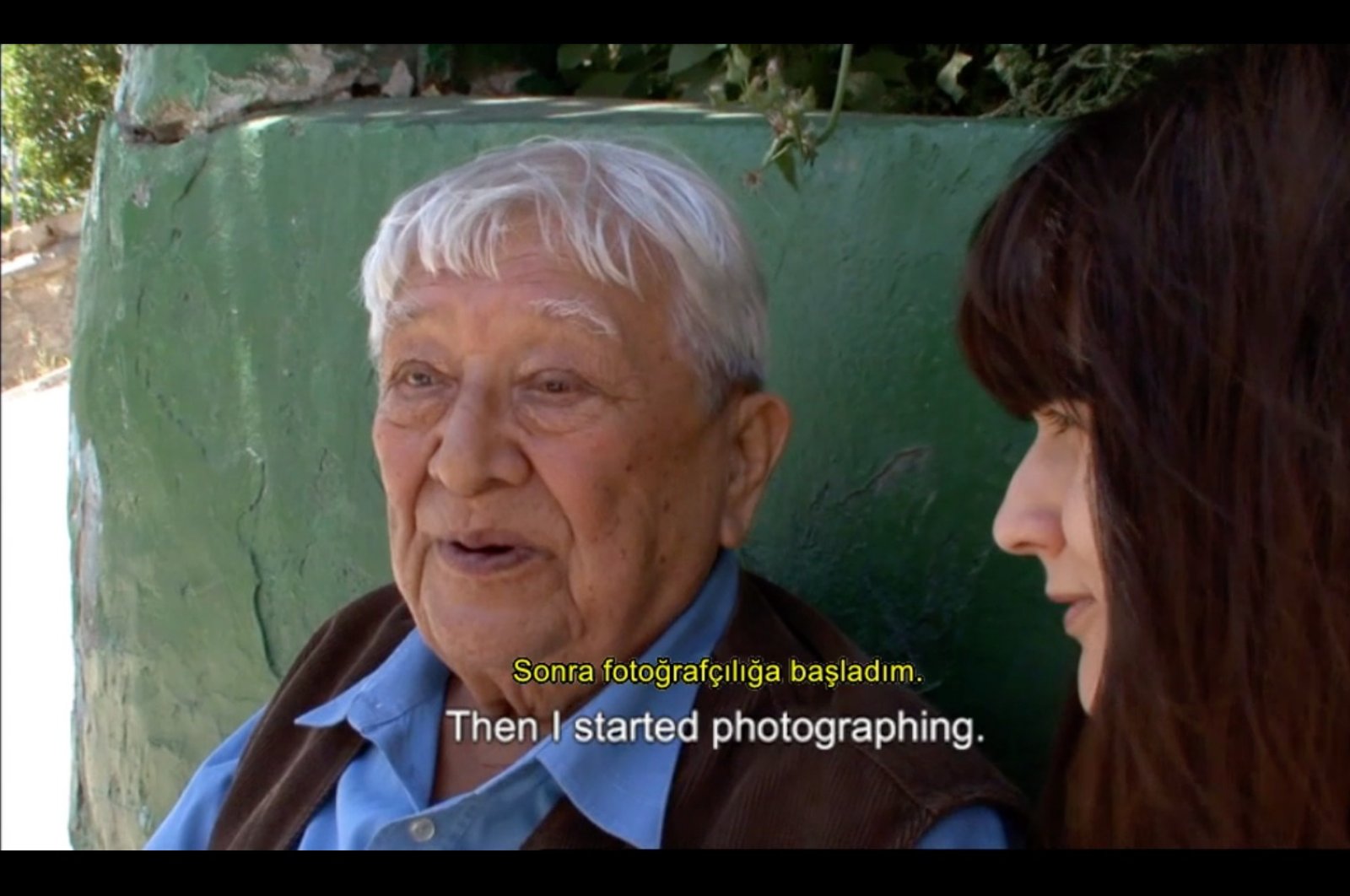 Still shot from the "Poet of the Elephant House" documentary. (Courtesy of Istanbul Modern)
by DAILY SABAH Apr 02, 2020 11:19 am
RECOMMENDED

Istanbul Modern has added another online production to its digital platforms as museums, theaters and cinemas closed their doors amid the coronavirus outbreak. The documentary about photographer Lütfi Özkök's life – "Poeten i Elefanthuset" (Poet of the Elephant House) – showcased at the exhibition “Lütfi Özkök: Portraits,” is available now on the museum's YouTube channel and website.

The 2010 Swedish documentary, directed by Özkök's granddaughter Anna Juhlin, features frames from the past and the present and interviews in Stockholm and Istanbul, and hovers between various voices and tones. The production, which won the New Doc prize at the Stockholm Tempo Documentary Festival in 2011, brings together the director and his grandfather's thoughts on poetry, photography and nostalgia.

Özkök was born in the Feriköy neighborhood in Istanbul in 1923. He published the magazine "Sokak" (Street) with his friends Sabahattin Kudret Aksal, Fahir Onger and İlhan Arakon in 1942. He studied the German language and literature at the University of Vienna in 1943 and returned to Turkey in 1944 due to the war. Five years later while studying in Sorbonne, France, Özkök married his Swedish classmate Anne-Marie Juhlin, and the couple settled in Sweden. He prepared an anthology of Turkish poets called "Brödet och Kärleken" (The Bread and Love) with Lasse Söderberg in 1953. The anthology included poems by Orhan Veli, Melih Cevdet Anday, Fazıl Hüsnü Dağlarca and Oktay Rifat.

In 2002, Özkök participated in exhibitions of the Fnac Photography Collection with portraits of Irish-French writer Samuel Beckett and American William S. Burroughs, one of the legends of the Beat Generation, and was honored by the Swedish government with the Illis Quorum Medal of Merit. In 2009, Özkök was named "European of the Year" in Sweden on Europe Day. He launched an exhibition at the Nobel Museum in 2010 featuring the portrait of 35 Nobel Prize-winning authors. The photographer died in Stockholm in 2017.

Istanbul Modern continues to entertain audiences on digital platforms and offers them a way to entertain themselves without leaving home. The museum had shared its virtual tour, digital archive and collection selections with the audience via its YouTube channel and social media accounts.