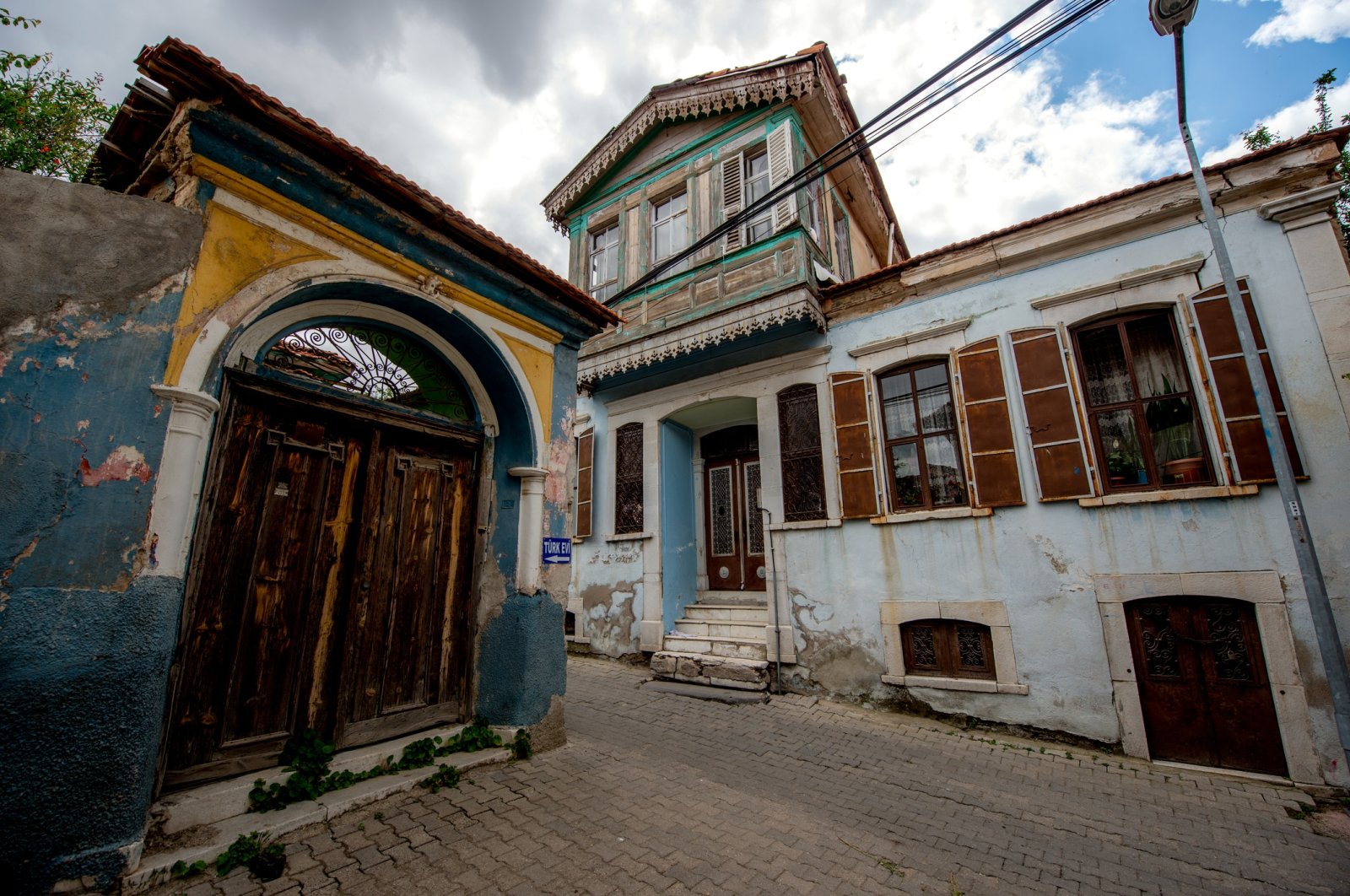 Some historical Ottoman houses in the town of Kula, Manisa, western Turkey.
by Anadolu Agency
Sep 02, 2020 10:25 am

Thanks to its beautiful Ottoman-era civil architecture, Kula in western Turkey’s Manisa continues to be a big attraction for filmmakers and producers. The town, with its historical houses and streets, is a natural film set, especially for costume dramas.

The town is currently hosting the shooting of the film "Muallim" ("The Teacher"), supported by the Culture and Tourism Ministry.

It tells the story of a young man who was sent to Europe to study engineering near the end of the Ottoman Empire and appointed to an Anatolian town as a teacher. The film is a co-production of Turkey's public broadcaster, TRT and stars actors Melih Selçuk, Sevtap Özaltun, Ruhi Sarı and Halit Karaata.

Speaking to Anadolu Agency (AA), director Müslim Şahin said: "In the last period of the Ottoman Empire, young people were sent abroad to study engineering, return to their country and contribute to the development of the country. However, some of these young people came back with a different agenda. In Anatolia, they had to live with the people they scorned and looked down on. On the other hand, the local people did not welcome them either. These young people were seen as the cause of the internal turmoil of the state in Anatolia at that time. Actually, this was a kind of affair that neither side welcomed. We have built the film 'Muallim' on that story. Then, the public and the young teacher in the movie interact with each other and both sides change."

Şahin noted that they are happy to see the people in Kula embrace cinema. He added that they carried out research in many parts of Turkey and decided that Kula, with its historical houses and streets, is the place where they could shoot the film.

He said Kula Municipality has also been very cooperative with the filmmaking. "Kula Mayor Hüseyin Tosun has provided the support we needed. They did their best to prepare the historical houses and streets. Local people have also contributed to the film. We have chosen most of the extras from among the locals."

Previously, films like "Vurun Kahpeye" ("Strike the Harlot") by Halit Refiğ and "Değirmen" ("The Windmill") by Atıf Yılmaz were also shot in Kula.