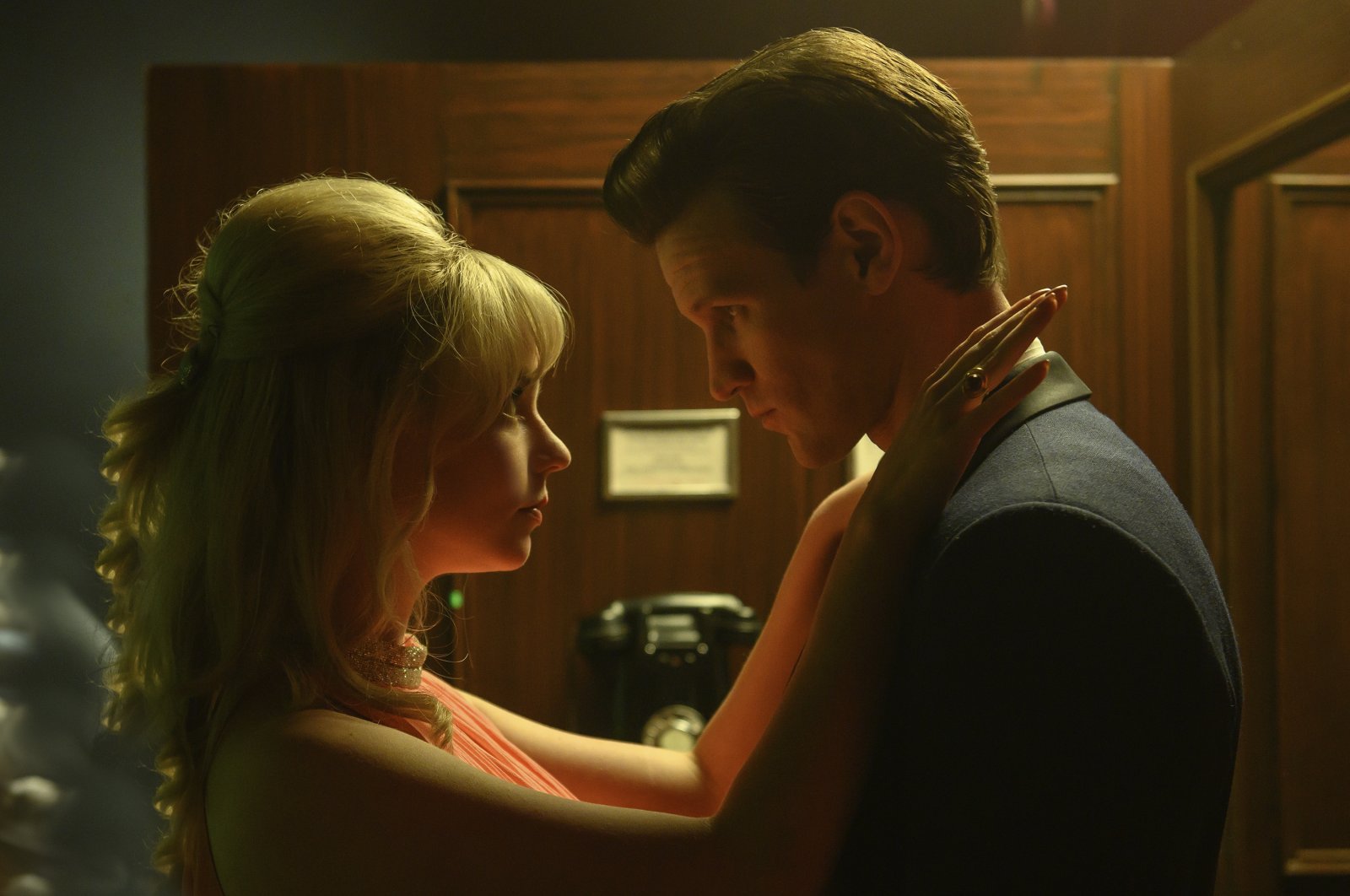 British filmmaker Edgar Wright said that he was inspired by the likes of Alfred Hitchcock when depicting the dark side of London, a city that he has called home for over 25 years and one that he loves and fears. The tension of his love-fear relationship with his home city rests at the heart of his new film "Last Night in Soho," a psychological thriller that he calls his "dark valentine to Soho."

"Last Night in Soho" had its world premiere Saturday night at the Venice International Film Festival, where it debuted out of competition.

In the film, Thomasin McKenzie plays Eloise, an aspiring fashion designer with an affinity for all things 1960s, who leaves her small town for London to study. She's not just any ordinary country girl come to the big city, however: She has visions.

Mostly these are of her dead mother, but when she rents a room from Ms. Collins (Diana Rigg), she starts dreaming of, and even inhabiting, the glamorous 1960s life of an aspiring singer, Sandie (Anya Taylor-Joy). But the dream life takes a dark turn and Eloise can't seem to find a way out.

Wright started working on the idea over a decade ago. He'd been thinking about psychological thrillers from directors like Michael Powell, Alfred Hitchcock and Dario Argento and wanted to do something in that vein set in London. He'd realized that productions rarely shoot IN London anymore.

"The point of the movie in a way is that it's dangerous to romanticize the past," Wright said at a news conference before the film's premiere.

With the help of his co-writer Krysty Wilson-Cairns, Wright set out to peel back the layers on image of the fun, stylish, "swinging '60s" and look at some of the darker elements of the time.

Naturally, there are still fun fashions. Costume designer Odile Dicks-Mireaux, who was also behind the '60s-set "An Education," was enlisted to create the looks. She turned to glamorous women like Brigitte Bardot, Cilla Black, Julie Christie and Petula Clark for inspiration.

There's also a soundtrack of Wright's favorites from the era, including a new take on Petula Clark's "Downtown" that's sung by Taylor-Joy in an audition scene.

"It might not seem like there's a lot in common with me and Eloise, but in a way, I grew up with my parents' record collection (that stopped in the '60s)," Wright said. "The music was like my time machine to go back ... all of those songs mean a lot to me, especially the ones that are quite melancholic and emotional."

The actors loved the integration of music into the script and the filming.

"The first music that I really fell in love with was the music of the '60s so this was glorious. I tend to make playlists for all of my characters," Taylor-Joy said. "It's so wonderful to act with music."

Until this film, however, Taylor-Joy said she'd only really ever sung to herself in the shower.

As a student and a fan of 1960s British cinema, Wright also took the opportunity to also cast icons of the era in key roles, including Terence Stamp ("Billy Budd," "Poor Cow"), Rita Tushingham ("A Taste of Honey") and Diana Rigg ("On Her Majesty's Secret Service"), to whom the film is dedicated. Rigg died in 2020 at the age of 82, making "Last Night in Soho" her last film.

"The movie was a very emotional experience to conceive and make and that's all tied up with the fact that she's not with us anymore," Wright said. "When we were told she kind of needed to finish her work on the movie very urgently, we kind of knew what that meant. ... We're all so incredibly fortunate to have known and worked with her and what a beautiful experience."

McKenzie was not in Venice for the premiere as she's currently shooting in New Zealand. But Taylor-Joy said they "instantly had a sisterly bond."

"We really took care of each other," Taylor-Joy said. "It was wonderful having a partner throughout everything."

"Last Night in Soho" is set for release in North American theaters on Oct. 22.