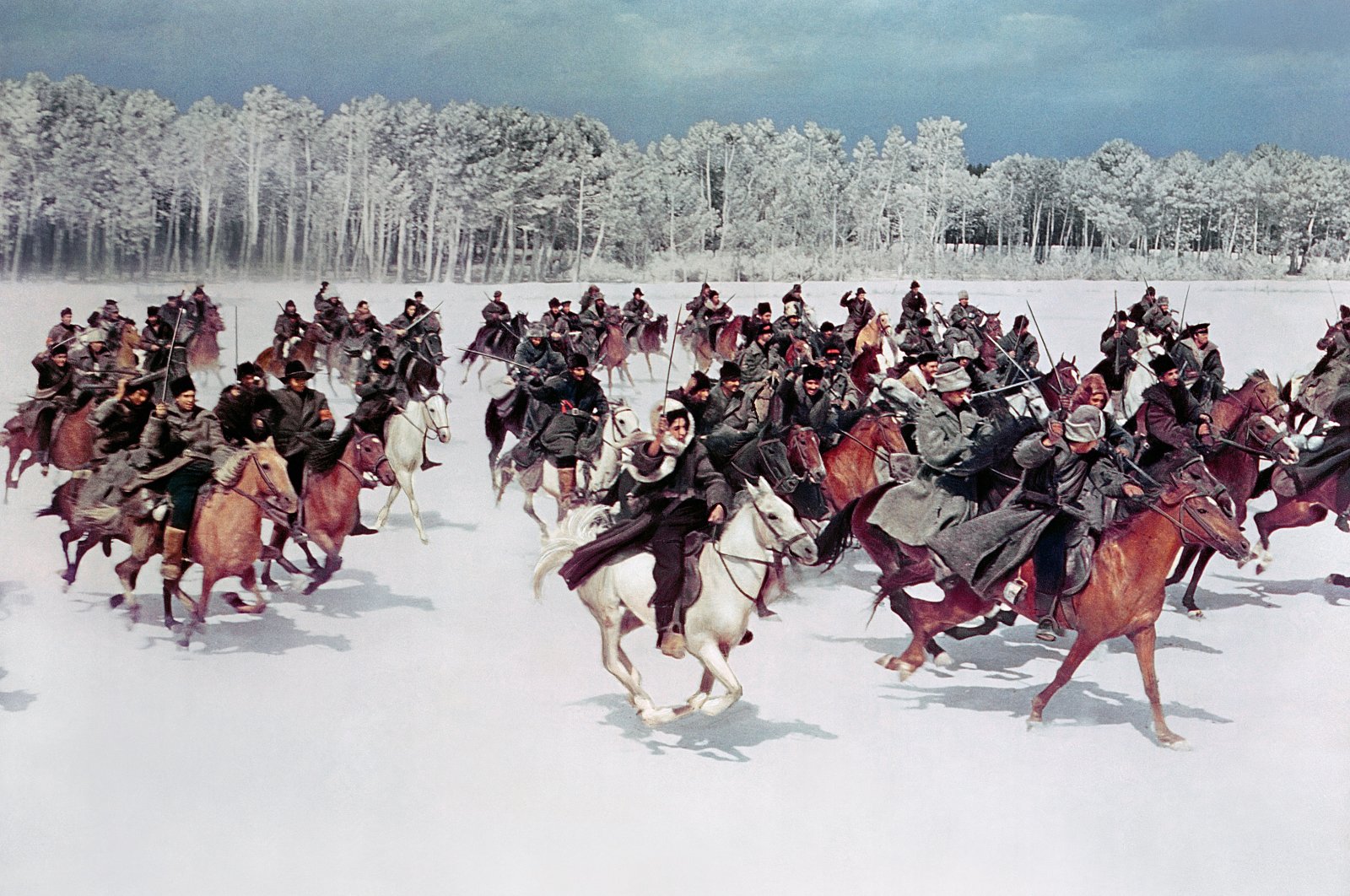 Following its well-received outdoor screenings, in line with COVID-19 health and safety measures during the summer, Kundura Cinema, is now ready to welcome it's new film season.

The movie theater is located in Beykoz Kundura, a former shoe factory that was turned into a unique venue for cultural events in Istanbul.

Kundura Cinema will return with a special screening of literary adaptations for the screen. It will include "Doctor Zhivago," one of the most unforgettable movies in the history of cinema. It was dramatized from the first novel of Nobel prize-winning author Boris Pasternak by the acclaimed British director David Lean.

The program will also include "The Red Shoes," which is regarded as a masterpiece for its groundbreaking scenes and poetic style. The movie adapted for the screen by Emeric Pressburger and Michael Powell from an 1845 tale, penned by Danish author Hans Christian Andersen.

Keeping with the literature theme, the fall program also includes a special selection for kids and families with the movie adaptation of the novel "Autobiographie d'une Courgette" ("My Life as a Zucchini"), authored by the French writer Gilles Paris and filmed by Swiss director Claude Barras.

Located at the site of the original boiler room that formed the heart of the Beykoz Kundura's factory complex, seating will be limited to 35% of the capacity due to COVID-19 pandemic regulations. With a special air conditioning system that circulates fresh air into the film theater and its enchanted green lounge area, Kundura Cinema offers a safe and healthy movie experience.

In addition to turning Anderson's namesake tale into a screenplay, "The Red Shoes" was also directed and produced by Pressburger and Powell. It revolves around the story of a ballerina stuck between her art and her personal life that is full of devotion and ambition. Young ballerina Victoria, portrayed by Moira Shearer, is engraved in everyone's memory with her incomparable performance and body language displayed skillfully throughout the movie. As a piece of art about art, "The Red Shoes" astonishes audiences with its sense of rhythm. The movie received many awards, including the Golden Globes for Best Original Score and Best Art Direction.

"The Red Shoes" is a source of inspiration for many productions that followed, including "Moulin Rouge" and "Black Swan," and according to the British Film Institute (BFI), it ranks in the Top 10 British films of all time. It is often said that the impressive story of Victoria has become a source of inspiration for many artists, including director Martin Scorsese and author Margaret Atwood. The movie will meet cinephiles at Kundura Cinema on Nov. 2 and Dec. 5-13.

Dramatized from Pasternak's Nobel-winning novel, which had been smuggled out of the USSR, "Doctor Zhivago" revolves around the love affair of the story's protagonist with beautiful Lara. The film captures the lushness of Moscow before the war and the violent social upheaval that followed. Egyptian actor Omar Sharif was impressive as the doctor, which was vital to its international popularity. The film will be screened on Nov. 28.

Adapted from Paris' novel "Autobiographie d'une Courgette" ("Autobiography of a Zucchini"), Barrasthe directed the 2016 film. The animation centers around a 9-year-old boy, Courgette, who starts living in an orphanage after his mother's sudden death. Although he at first cannot get used to the place, Courgette makes friends while witnessing the lives of other orphans like him. In time, Courgette learns to trust people and finds a new family.

Addressing the difficulties of living in an orphanage, "Ma Vie de Courgette" is both emotional and humorous. On the other hand, its stop-motion animation appeals to not only children but also adults. In an interview, Barras expressed: "Adults cry while watching the movie, feeling a sort of nostalgia for their childhood. Children, on the other hand, leave the movie with questions about the future on their minds." The movie will meet cinema lovers on Nov. 15 and Dec. 12.