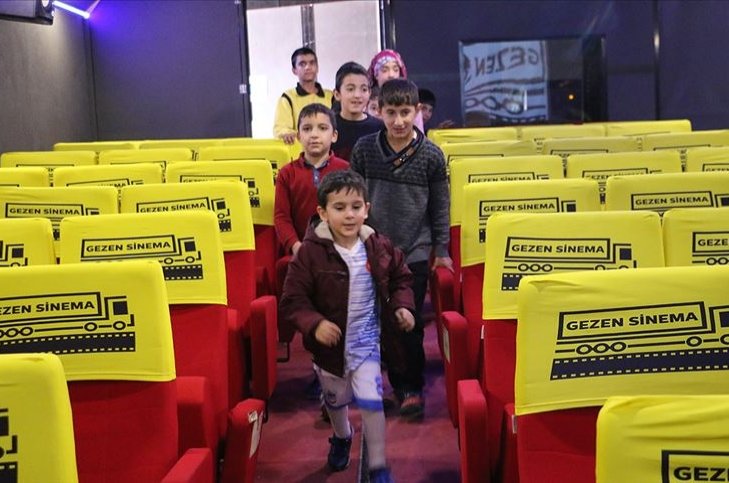 Children are seen in the mobile cinema truck in this undated photo. (AA PHOTO)
by Anadolu Agency Aug 07, 2020 11:24 am
Edited By Irem Yaşar

The mobile cinema truck, aimed at bringing people of all ages, especially children, together with free cinema in cooperation with the General Directorate of Cinema of the Ministry of Culture and Tourism, has hit the road once again. The truck, which has been adapted to the coronavirus measures, is ready to entertain on Aug. 8, in southern Adana province at M1 Shopping Mall.

New technical equipment – a new giant curtain suitable for day and night light and a sound system to broadcast in the open air –has been added to the truck to make screenings suitable for open-air and social distancing. The open-air audience capacity of the truck has been increased to 500, and it will bring children's films in the daytime and productions selected from Turkish cinema to the audience in the evening.

Open-air film screenings will continue until the end of September under the project which is aimed at bringing everyone together with cinema in various cities of Anatolia.