No time, no time to recover: Fall movie season in flux 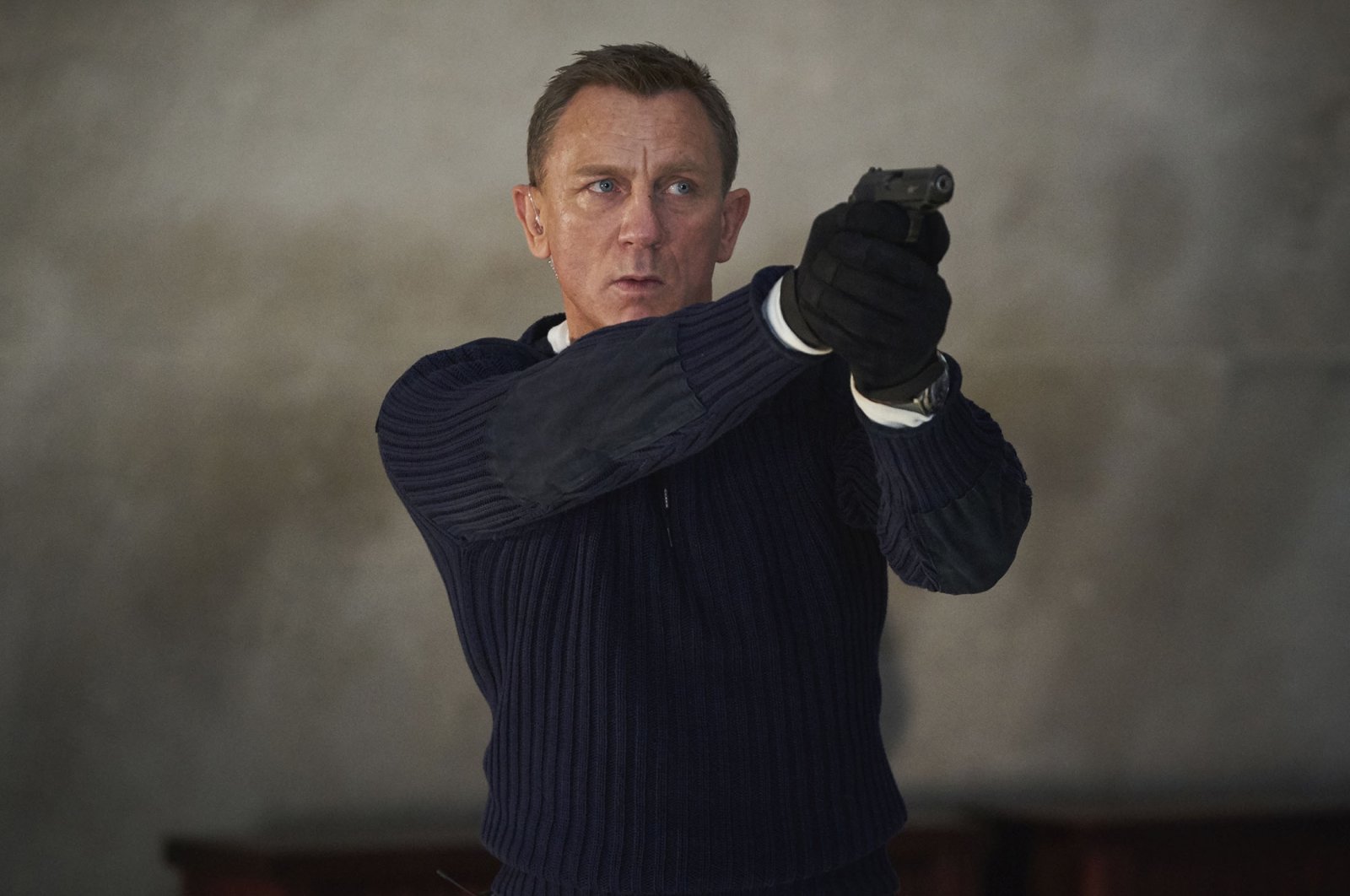 It has been five years since the development of the last James Bond movie to star Daniel Craig began. The iconic Craig's swan song, “No Time to Die,” was initially slated to be released in November of 2019, but the world was robbed of that due to the global COVID-19 pandemic. And it was delayed, and delayed again, and again... director Cary Fukunaga has been waiting more than a year and a half for the biggest movie of his career to arrive in theaters. The film's theme song, by Billie Eilish, has even already won a Grammy.

"I had a dream last night where Sam Mendes was there," Fukunaga said in a recent interview, referring to the director of the previous two Bond movies. "We were on vacation on some frozen lake. He was done with Bond films. And he was like, 'Oh, you finished one. Now you get a break.' Then we started, like, water skiing on a frozen lake."

"It was a weird dream," says Fukunaga.

The fall movie season – usually a reliable rhythm and cozy autumn comfort – is this year, like much of the past 18 months, a little disorienting. On the way are movies once planned to open as far back as April 2020, like "No Time to Die" now to be released on Oct. 8, summer movies that hope to find better conditions in autumn, and films that have been shot and edited during the pandemic.

What has coalesced is a movie mishmash – something much more robust than last fall's cobbled together, mostly virtual fall movie season – a season that stretched all the way to the Oscars in April. But the recent rise in COVID-19 cases due to the delta variant has added new uncertainty to a time Hollywood had once hoped would be nearing normality.

"Everything is fluid, and everything will stay fluid," says Tom Rothman, chairperson and chief executive of Sony Pictures. "It's the antithesis of the way it used to be. In the old days, you planted your flag and you didn't move for hell or high water. Now, there's a great premium on being very flexible and nimble."

The unpredictability of the conditions is universally shared but acutely felt at studios like Sony that even through the pandemic have remained largely committed to exclusive theatrical releases.

While Disney (with Disney+) and Warner Bros. (with HBO Max) have sought to hedge their bets and boost subscribers to their streaming services with day-and-date releases in 2021, Sony, Universal, Paramount and MGM (home to Bond) – with various windowing strategies – have mostly stuck to theater-first plans.

Citing the delta-driven surge, Paramount has uprooted from the season, booting "Top Gun: Maverick" to next year. But on the heels of some promising box-office performances, many of the fall's top movies and leading Oscar hopefuls are only doubling down on theatrical, and the cultural impact that comes with it. Even if it's a gamble.

"We have a lot of inventory. You don't want to keep pushing all of the films," says Rothman. "At a certain point, you have to go."

After building confidence in moviegoing over the summer, delta has sapped some of Hollywood's momentum. The National Research Group had recorded more than 80% of moviegoers were comfortable going to theaters in July. But that number dipped to 67% last month.

Yet summer's last big movie, Marvel's "Shang-Chi and the Legend of the Ten Rings," gave the fall a major lift with an estimated $90 million in ticket sales over the four-day Labor Day weekend – one of the best performances of the pandemic. Notably, it was only playing in theaters.

Even before all the numbers were in, Rothman and Sony moved up the release of "Venom: Let There Be Carnage," the sequel to its $856 million superhero hit, by two weeks to Oct. 1. It kicks off Sony's slate including Jason Reitman's "Ghostbusters: Afterlife" (Nov. 19), Denzel Washington's "A Journal for Jordan" (Dec. 10) and "Spider-Man: No Way Home" (Dec. 17).

No studio is betting quite as big on movie theaters this fall as Sony. The studio lacks a major streaming platform but has signed lucrative pacts with Netflix and Disney to stream films after theatrical release. Discussing the disappointing results of day-and-date movies like Warner Bros.' "The Suicide Squad" versus a theater-first hit like Disney's "Free Guy," Rothman recently touted the explanation: "It's the window, stupid."

"There is no economic model to – never mind make a profit – to break even on the assets themselves without a windowed universe. It doesn't exist," says Rothman.

That debate – what movies open where and when – is sure to remain unsettled in the coming months, and probably well beyond. Warner Bros. has pledged to return to exclusive theatrical releases, for 45 days, next year. But little this fall – including the movie calendar – is a sure thing.

"Until the pandemic is genuinely behind us, I don't think that you can prognosticate about what the future of cinema is going to be," says Rothman. "It's still on emergency footing right now."

So Hollywood's summer in limbo will stretch into the fall. But more than any previous point in the pandemic, a whole lot of movies are lined up. The Venice and Telluride film festivals have kindled buzz for a wide array of upcoming films, including Jane Campion's lauded Netflix drama "The Power of the Dog" (Nov. 17), with Benedict Cumberbatch.

The Oscar race could have some major star power, too. Among the early standouts: Kristen Stewart as Princess Diana in "Spencer" (Nov. 5) and Will Smith as Richard Williams, father of Venus and Serena, in "King Richard" (Nov. 19).

In "The Eyes of Tammy Faye," Jessica Chastain transforms into the infamous televangelist. Searchlight Pictures will release it Sept. 17 in theaters.

"We like that communal experience, especially after a year and a half of being starved of it. It doesn't mean streaming is going away. It's here to stay," says Chastain, who also stars in the HBO miniseries "Scenes from a Marriage." "In my mind, I just see the industry as expanding."

Just how many films have been released during the pandemic is often underestimated. But even with a few high-profile departures, the upcoming season is crowded. Apple has Joel Coen's "The Tragedy of Macbeth," with Denzel Washington.

Just before production began earlier this year, Fuqua came in close contact with someone who tested positive for the coronavirus. To keep his distance from his cast and crew, he directed the movie from a van parked outside the set.

"It's a strange world we're in at the moment, and it wears on all of us quite a bit," says Fuqua. "But I try to stay positive. That's why 'The Guilty' happened. I do think there's a responsibility for all of us to forge ahead, not wallow in the situation that we're in, and find new ways to do it."

Hopefully, the long delay of a number of films that have been waiting in the wings for more than a year – including Steven Spielberg's "West Side Story" (Dec. 10), Wes Anderson's "The French Dispatch" (Oct. 22) and, yes, "No Time to Die" – will soon finally be over.