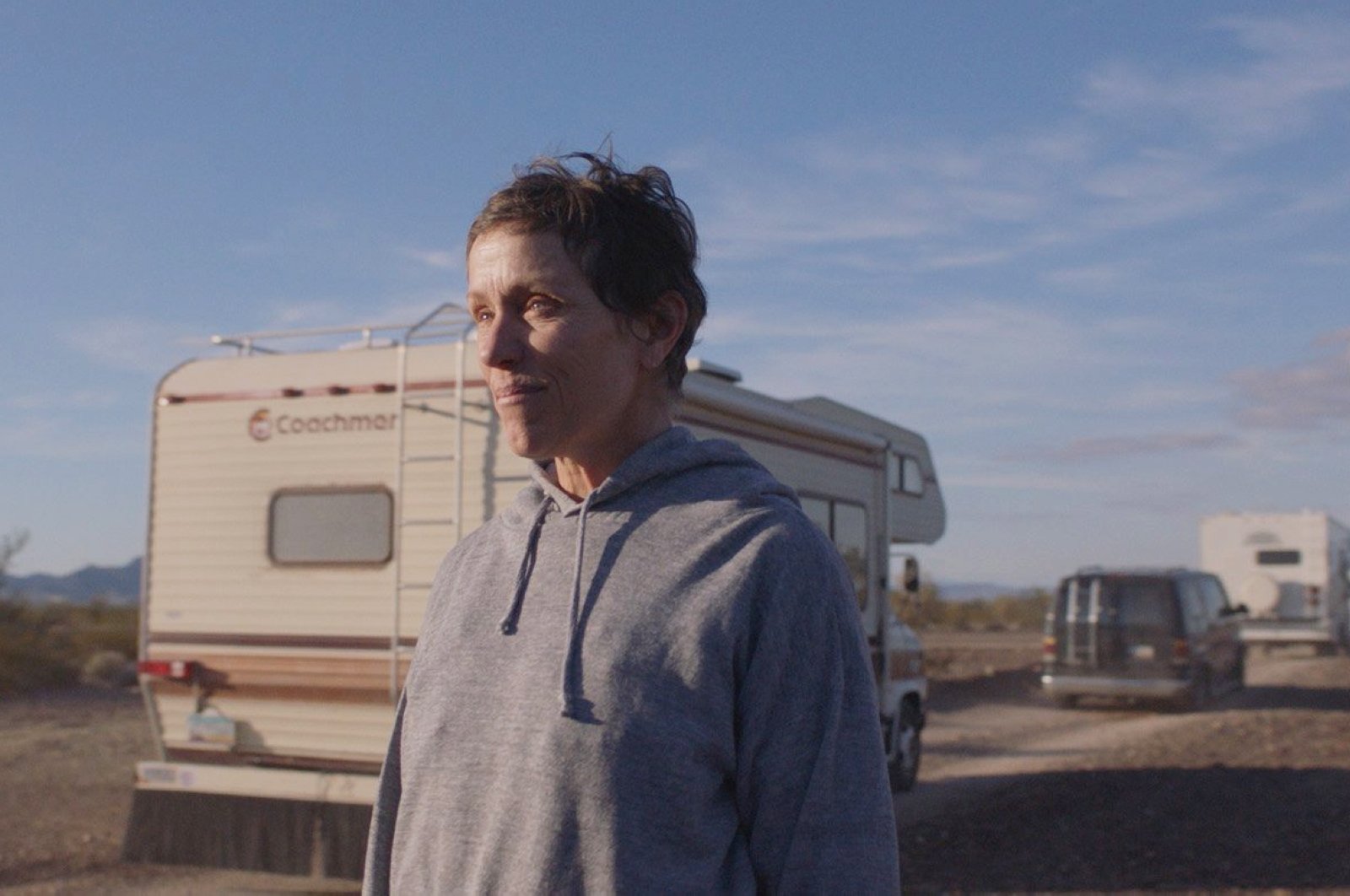 This image released by Searchlight Pictures shows Frances McDormand in a scene from the film "Nomadland." (AP Photo)
by REUTERS Mar 10, 2021 1:24 pm
RECOMMENDED

Following the last year's backlash, the British Academy of Film and Television Arts (BAFTA) awards announced on Tuesday 2021 nominations with a huge rise in diversity. "Nomadland" and "Rocks" led the charge with seven nods in the most diverse list in the award's history.

Four of the six best director nominees were women, including Chloe Zhao for "Nomadland" and Sarah Gavron for "Rocks."

More than half of the 24 nominees were actors of color – a huge change to last year when BAFTA revealed an all-white acting contenders list, sparking an online outcry with the hashtag #BaftasSoWhite trending on social media.

This year's leading actor nominees include Riz Ahmed for his portrayal of a heavy metal drummer going deaf in "Sound of Metal" and the late Chadwick Boseman for his role in 1920s jazz drama "Ma Rainey's Black Bottom."

Leading actress nominees include Bukky Bakray for "Rocks" and Frances McDormand for "Nomadland."

Last year's repercussion led BAFTA to conduct a wide-ranging review resulting in expanded membership, a new longlist voting round and an increase in all four acting categories and best director to six nominees from five.

"It was about leveling the playing field," BAFTA Chief Executive Amanda Berry told Reuters. "That was really important to us... people are getting through on merit because they are excellent films, excellent performances."

"Nomadland," about a community of van dwellers, was also nominated for best film and adapted screenplay. The movie has had a successful start to the awards season, earning two Golden Globes.

The other best film contenders are the 1960s Vietnam War protest drama "The Trial of the Chicago 7," "Promising Young Woman," "The Father" and Guantanamo Bay movie "The Mauritanian."

Completing the leading actor category are Adarsh Gourav for "The White Tiger, Anthony Hopkins for "The Father," Mads Mikkelsen for "Another Round" and Tahar Rahim for "The Mauritanian."

The other leading actress contenders are Radha Blank for "The Forty-Year-Old Version," Vanessa Kirby for "Pieces of a Woman," Wunmi Mosaku for "His House" and Alfre Woodard for "Clemency."

The BAFTAs will take place virtually from London's Royal Albert Hall next month. Berry said there would be two shows over two nights, with more details to follow in the coming weeks.

"What we want to do is make sure that every category can be seen and categories celebrated across both shows," she said.