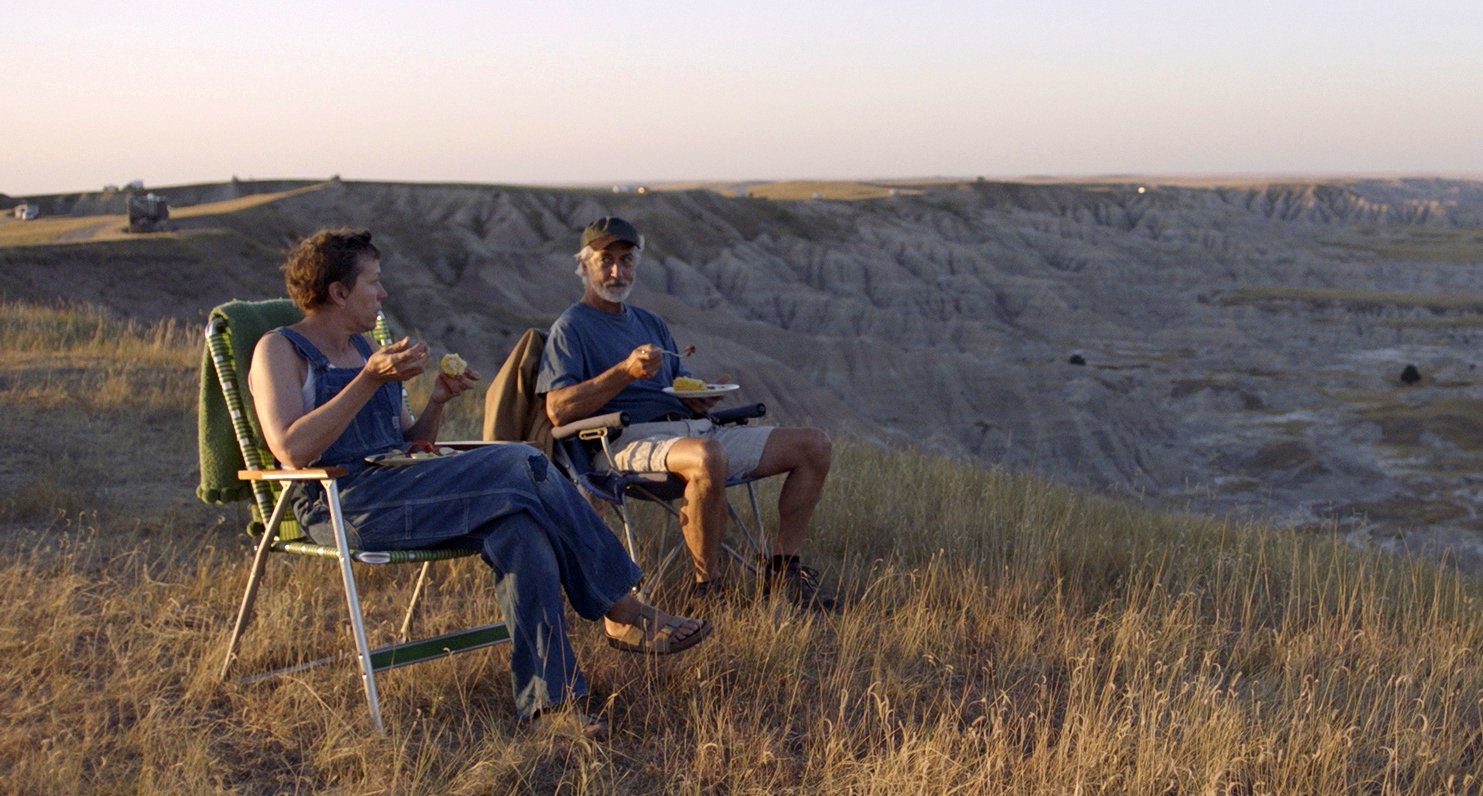 In 2007, the United States along with most of the global markets entered into an unprecedented, at least in recent times, crisis. A marked decline hit national economies worldwide. The financial system of the West came into one of the greatest tests of its history. The U.S., whose housing bubble of 2005 and 2006 was the main cause of the crisis, was hit particularly hard. The “Great Recession” had arrived.

That is the setting to which Chloe Zhao's extraordinary “Nomadland” introduces the audience to Frances McDormand's “Fern” as the character journeys through the American West, to nowhere in particular. As we learn, the recession didn't just eliminate jobs, it also erased an entire town. Six months after U.S. Gypsum closed its doors in Empire, Nevada, a company town since 1948, its zip code was retired and its inhabitants forced to leave.

Fern is a vandweller, partially by choice and partially by circumstance. The shuttering of Empire, the costly and slow death of her husband and a deep-seated desire for solitude and exploration have left her with few connections and even fewer possessions, which she whittles down to the essentials and the most sentimental. Everything else is left in a storage unit off a desolate, snowy highway that looks like it is quite literally in the middle of nowhere. It might as well be on the moon.

We don't hear much from Fern at the beginning, or ever really. An Amazon factory floor manager speaks more words than she does in the first few scenes. It's one of the beauties of "Nomadland," which is based on Jessica Bruder's book about the invisible casualties of the modern economy.

This is a quiet, somewhat romantic, but mostly realistic exploration of a fringe population of aging workers and recent retirees who are living out the rest of their days wandering, picking up odd jobs and paychecks as seasonal workers at National Parks, South Dakota's Wall Drug and in massive Amazon warehouses through something called the CamperForce program.

McDormand disappears into Fern, which is no small accomplishment for an actor as recognizable as she is. She doesn't have a show-stopping monologue railing against the system that's left her with so little, or a tear-filled admission about why she has taken to the road. You pick up things here and there about her in normal conversation which helps propel her journey along to its quiet conclusion, but otherwise Fern is there to listen and to learn.

She is the vehicle through which we meet the Vietnam vet with post traumatic stress disorder (PTSD), the woman who watched her parents die of cancer and the corporate America exile who saw a friend deteriorate in a desk job with a retirement boat in his driveway that he never got to use. Many are authentic nomads too, like Linda May, a main character in Bruder's book, and the vandwelling evangelist Bob Wells, a mini celebrity in his own right.

There is always a lingering tension that things might take a turn, but for the most part, this is a film full of kind souls. They're just, not the ones we're used to seeing on film. Zhao, since her first film, has been drawn to non-actors, who she uses exceedingly well. However, "Nomadland" is no doubt elevated thanks to the addition of seasoned performers, including David Strathairn in a great supporting role, who know how to inhabit the frame.

Zhao is a spiritual descendent of another cinematic poet, Terrence Malick, and there are a handful of shots that look straight out of "The New World." She also goes beyond Malick in some ways. He keeps the interesting and real people on the fringes and the glamorous movie stars at the center of his films. She stays unapologetically on the fringe.

One suspects when they see a film surrounded with buzzwords like Oscars frontrunner and awards darling, that it will bore them to sleep, but you can rest assured that “Nomadland” is not that kind of flick. This film is a small miracle and a uniquely meditative experience.