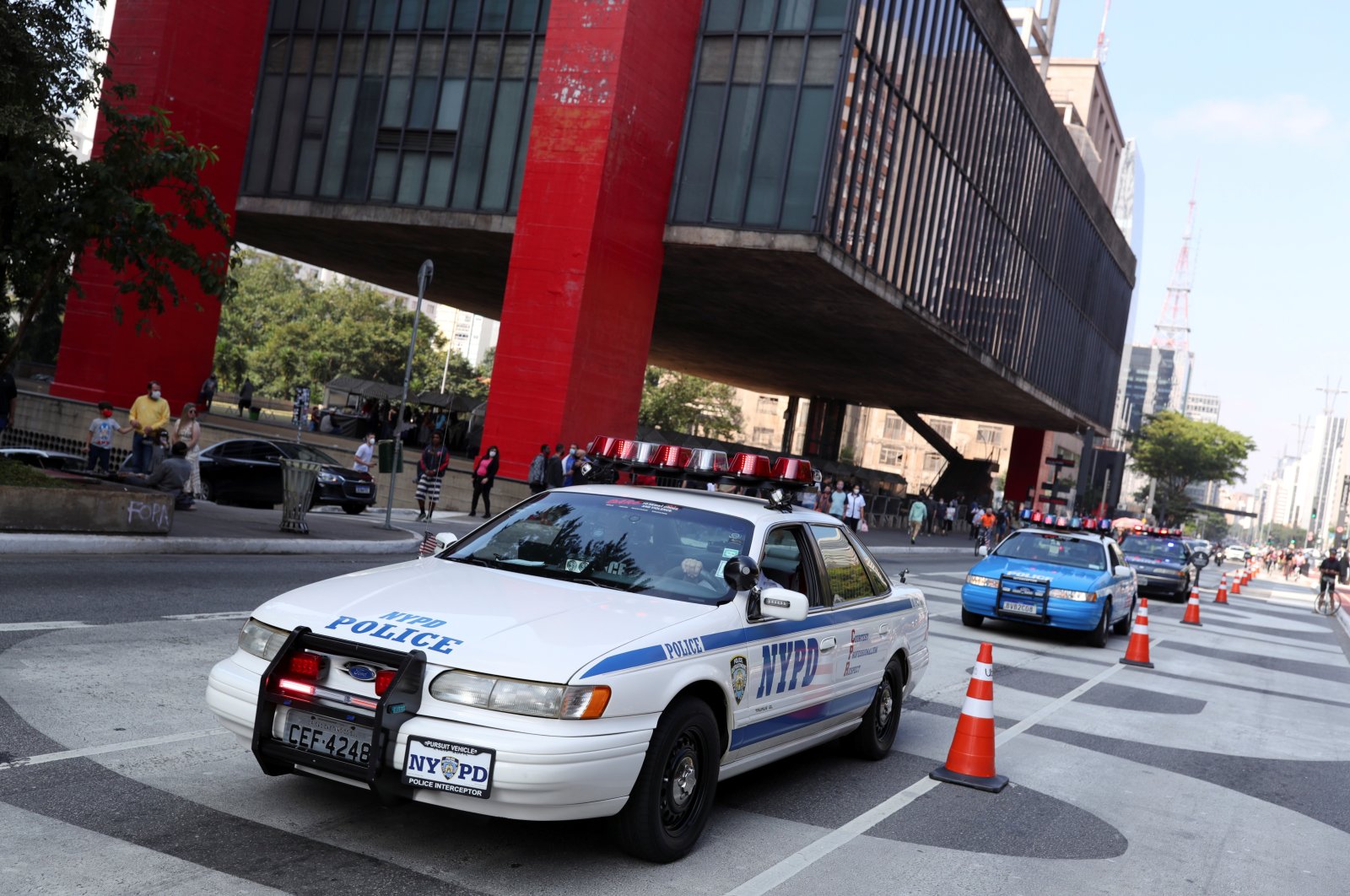 Brazilian fans of the New York Police Department (NYPD), whose hobby is to recreate the NYPD's cars and motorbikes, drive past Sao Paulo Museum of Art (MASP) in Sao Paulo, Brazil, May 16, 2021. (Reuters Photo)
by Reuters May 25, 2021 4:01 pm
RECOMMENDED

The famous uniforms, cars and motorcycles of New York's finest have been a worldwide sensation for years, decades even, thanks to Hollywood flicks popularizing them. So, it is only natural that enthusiasts would want to replicate the familiar force, and they are doing exactly that in Brazil's biggest city Sao Paulo, where you can see New York City Police Department motorcades with their swirls of red lights and blaring sirens.

Behind the spectacle is a group of Brazilian fans obsessed with one of the world's most recognizable police forces, whose hobby is refurbishing NYPD cars and motorcycles, inspired by nostalgia for cop movies and shows such as "Law & Order."

"To tell you the truth, it creates some confusion sometimes," said Fabio Denzin, who owns not just a Ford Crown Victoria painted as a NYPD car, but also a van and motorcycle.

"People even think that it is the real police from New York on patrol, as if they came to Brazil to help the local police."

While impersonating a police officer is a crime in Brazil and many countries, Denzin and fellow NYPD fans say they are in the clear because they are not impersonating Brazilian police.

Brazil has a history of crimes involving police impersonation, including a 2019 heist in which investigators said robbers had used Brazilian federal police livery to enter an airport and steal $40 million worth of gold and other metals.

"It's our passion. Some like military cars, others like boats and we like police liveries," said Eduardo Tai, who started his NYPD replica car 11 years ago. He bought a civilian version of a Crown Victoria, then bought the NYPD accessories piecemeal on websites such as eBay.

He and his cohort have gotten used to the attention.

"A lot of people approach us and start talking to us in English, so you also need to learn a bit of that to speak some English back," said Johnny Brito, dressed in an original NYPD uniform he bought online as he sat on a Harley-Davidson Road King motorcycle with NYPD's Highway Patrol police branding.