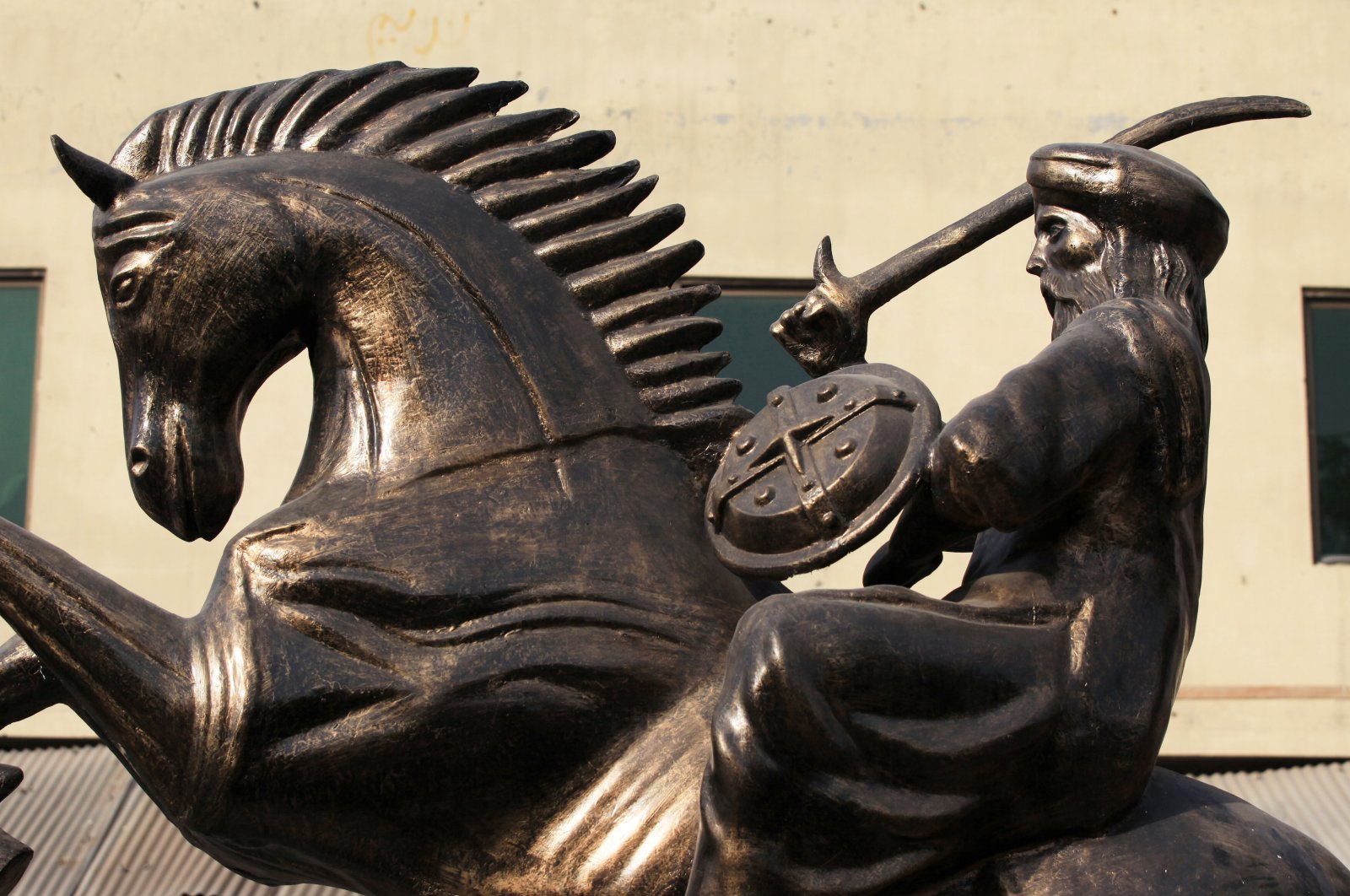 Residents of the Pakistani city of Lahore have erected statues to commemorate a medieval Turkish leader, a sign of the growing popularity and cultural impact of a television series imported from Turkey depicting the origins of the Ottoman Empire.

The series, "Ertuğrul Gazi" (Resurrection Ertugrul), which ran in Turkey until 2019, is loosely based on the story of a 13th century nomadic Turkic tribal leader who confronted Mongols, Crusaders and Byzantine rulers in what is now Syria and Turkey.

Two statues of Ertuğrul have been put up in a residential area of the city. Muhammad Shahzad Cheema, the head of a private housing society, commissioned a likeness of Ertuğrul, sword in hand on a rearing horse.

“The statue is a reminder of our love for the Ottoman Sultanate, and the jihad which Ertuğrul waged which brought us (Muslims) respect in the whole world,” Cheema said.

Pakistani broadcaster PTV began airing Urdu-dubbed episodes of the show during Ramadan a few weeks ago, and it has since become the most-watched program ever aired by the outlet.

No television show has been able to stir Pakistan the way Ertuğrul Gazi has, PTV Managing Director Aamer Manzoor told Reuters. “People feel that it is the Turkish play of 'Game of Thrones.'”

More than 58 million people viewed the first episode on PTV’s YouTube channel in two months, and the entire show has had more than 250 million views, Manzoor said.

Cheema told Reuters people were coming “from far and wide” to take selfies with his statue, installed in a square locals plan to rename after Ertuğrul.

The show also got a ringing endorsement from Pakistani Prime Minister Imran Khan, who said it would help combat “vulgarity” from Hollywood and Bollywood and promote family culture.