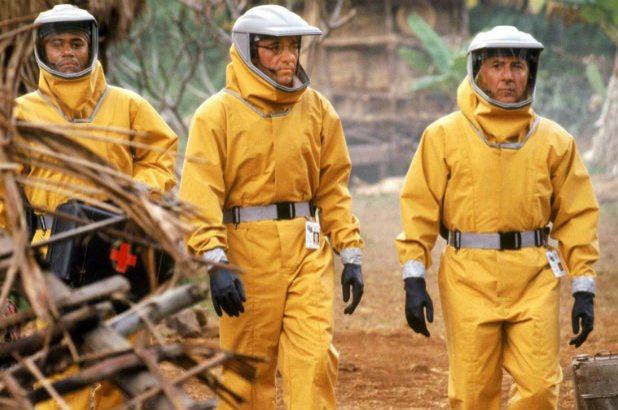 As the coronavirus is the biggest topic in the world right now, here are seven movies about pandemics both to spend quality time during self-isolation and to get relaxed via exposure therapy

Self-isolation and social distancing have become buzzwords for all of us during the coronavirus outbreak. Staying home and limiting contact with others is very important to contain the spread of the virus. But isolation is hard and can make you feel lonely. Moreover, feeling disconnected from others can lead to feelings of anxiety. The outbreak is likely to be stressful for many, however, learning to cope with it is absolutely essential.

Simple exposure therapy can be highly effective in getting you relaxed. What is exposure therapy? It is a method used to overcome fears of specific situations by helping people confront their fears or anxiety. Normally this therapy is conducted by professionals, but some parts of this therapy may be incorporated into your daily life as well. For example, if you have social anxiety, you most likely need to face your fear and become socialized instead of avoiding meeting people. Maybe a similar method for your coronavirus fears can work as well. So, let’s binge watch old movies predicting outbreaks and learn the dos and don'ts of this period.

Speaking of pandemic movies, the first one that comes to mind is “Contagion,” directed by Steven Soderbergh. The 2011 thriller, starring Matt Damon, Gwyneth Paltrow, Jude Law, Kate Winslet and Marion Cotillard, became one the most popular films one more time on Amazon Prime and Google Play in late January, according to DPA. Telling the story of a zoonotic virus called MEV-1, the movie realistically portrays what could happen if a very dangerous, life-threatening infection spreads across the entire population very quickly. This novel virus, which is the villain of the movie, appears to spread through coughing and sneezing. In a scene, a health investigator with the Centers for Disease Control and Prevention, played by Kate Winslet, says that the virus particles can land on many surfaces and infect people when they touch their faces. Upon this, a local health official responds, “So far that appears to be everyone with hands, a mouth and a nose.” Moreover, it is found that the virus is a mix of genetic material from pig and bat viruses. Both situations remind us of the coronavirus which can enter our bodies through our hands, mouth and nose and is said to have originated from bats.

“Contagion” presents so many different characters all over the world, but they are all united by one thing, that is, the virus. It reveals how sneaky a virus can be, showing its rapid spread from Hong Kong to Chicago and Minneapolis in hours. The production sometimes gets incredibly wordy when explaining some scientific elements about the virus, but it proves the importance of being aware of disinfection and stopping global travel during a pandemic.

Another pandemic movie to watch is “Outbreak,” directed by Wolfgang Petersen in 1995. Based on Richard Preston’s book titled “The Hot Zone,” the medical disaster movie stars Dustin Hoffman, Rene Russo and Morgan Freeman. Focusing on the outbreak of an Ebola-like virus called Motaba in Zaire, the movie follows its spread in the U.S. through the smuggling of a white-headed African monkey carrying the lethal virus into the country. While two disease experts, who are an ex-couple, fight against the clock to save the town, the movie also reflects the political side, revealing the army’s intervention to handle the situation.

The other 1995 production, “12 Monkeys,” is directed by Terry Gilliam and stars Bruce Willis, Madeleine Stow and Brad Pitt. The movie differs from the previous ones with its sci-fi elements. In the plot, a deadly virus wipes out almost all humans in 1996. It is believed that the virus is released by an army of 12 Monkeys. After 40 years, prisoner James Cole is trained and sent back in time to the origin of this human-made virus and develops a cure for it with scientists.

Another option is “28 Weeks Later,” directed by Juan Carlos Fresnadillo. Belonging to an apocalyptic horror genre, the 2007 movie is a sequel to “28 Days Later,” directed by Danny Boyle. Six months after the original outbreak of the rage virus, the U.S. army announces that the danger has passed. They help to restore order again; however, the virus has not gone and is back in a more dangerous form. The production stars Robert Carlyle, Rose Byrne, Jeremy Renner and Idris Elba, an actor who, unfortunately, tested positive for the coronavirus recently.

“Carriers,” written and directed by Alex and David Pastor, is also an apocalyptic movie. Revolving around a virus threatening to annihilate humanity, it reveals the story of four friends who set out across the desert in the Southwest. While the story reflects the groups’ struggle to elude the pandemic, it also presents the darkness within us. On the course of events, the group turns on one another, which proves to be deadlier than the virus.

Speaking of apocalyptic productions, “World War Z” cannot be forgotten. Starring Brad Pitt, Marc Forster’s movie brings former U.N. investigator Gerry Lane and his family's story starting with a traffic jam. Lane senses that it is no ordinary jam. Chaos follows in the city with the sudden spread of a lethal virus, transforming people into zombies with a single bite. The former investigator leads a worldwide search to find the origin of the infection.

Lastly, I want to talk about the cult movie that comes to mind when zombies are mentioned, “I am Legend,” directed by Francis Lawrence in 2007. Starring Will Smith, the movie centers on a virus that is reengineered to cure cancer but then turns into a lethal infection. Scientist Robert Neville is a survivor of this plague turning people into mutants. While calling out for other possible survivors, he also tries to find a cure for the virus by using his own immune blood.