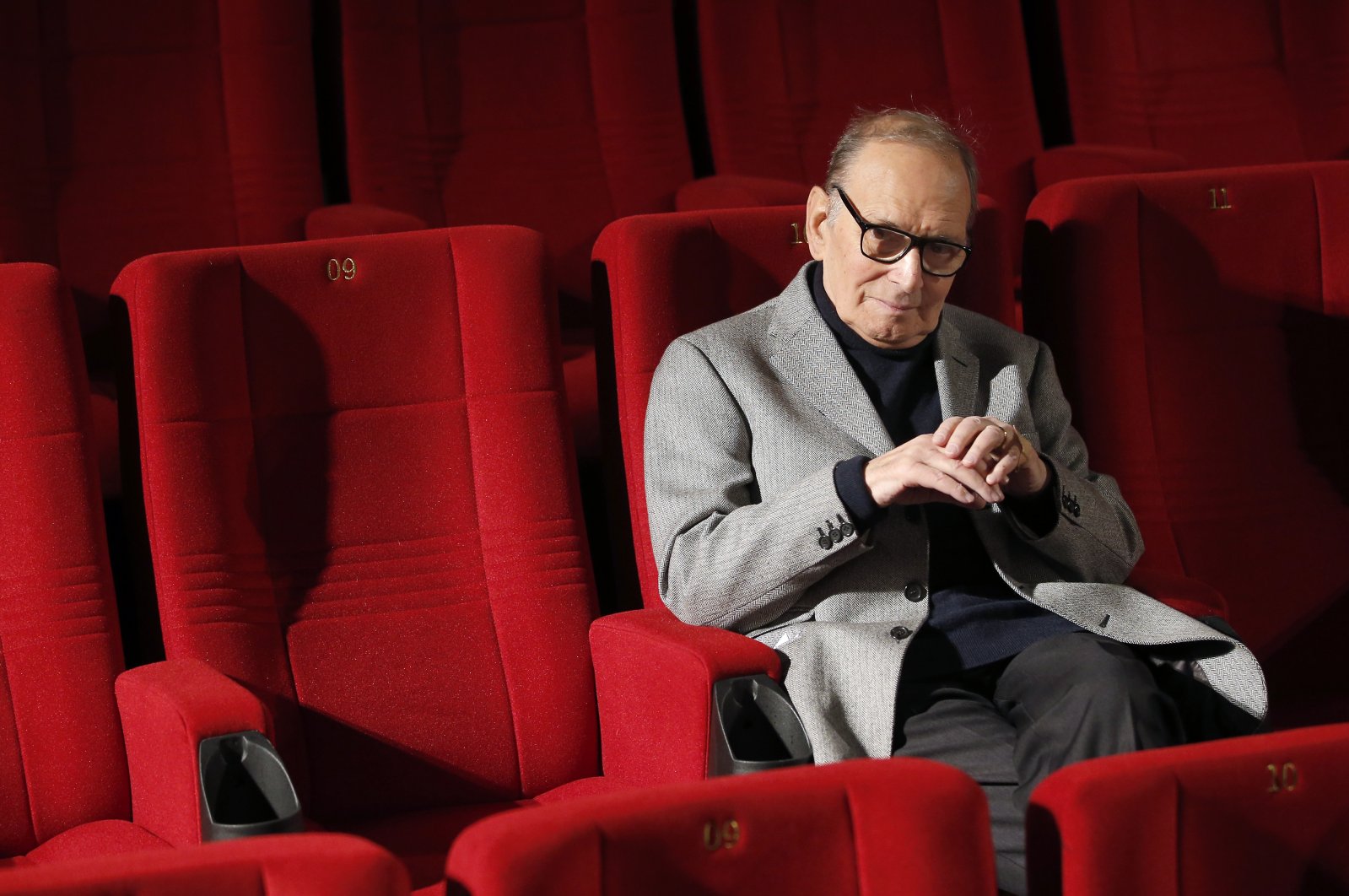 Ennio Morricone, whose scores for movies such as "The Good, the Bad and the Ugly," "The Mission" and "Cinema Paradiso" made him one of the world's most famous and prolific screen composers, has died, ANSA news agency said Monday. He was 91.

ANSA said Morricone, who won two Oscars and dozens of other awards, including Golden Globes, Grammys and BAFTAs, broke his femur some days ago and died during the night in a clinic in Rome.

His last Oscar was received in 2016 for best original score in Quentin Tarantino's "The Hateful Eight."

He first declined the job, but then relented, demanding that Tarantino allow him a "total break with the style of Western films I wrote 50 years ago."

Morricone wrote for hundreds of films, television programs, popular songs and orchestras, but it was his friendship with Italian director Sergio Leone that brought him fame, with scores for Spaghetti Westerns starring Clint Eastwood in the 1960s.

They include the so-called "Dollars Trilogy" – "A Fistful of Dollars," "For a Few Dollars More" and "The Good, the Bad and the Ugly."

Morricone used unconventional instruments such as the Jew's harp, amplified harmonica, mariachi trumpets, cor anglais and the ocarina – an ancient Chinese instrument shaped like an egg.

The music was accompanied by real sounds such as whistling, cracking of whips, gunshots and sounds inspired by wild animals including coyotes.

He always tried to shake off the association with the Spaghetti Westerns, reminding people, particularly outside Italy, that he had a very creative and productive life before and after the films he made with Leone.

"It's a straitjacket. I just don't understand how, after all the films I have done, people keep thinking about 'A Fistful of Dollars.' People are stuck back in time, 30 years ago," the Maestro, as he was known in Italy, told Reuters in 2007.

One of Morricone's most evocative soundtracks was for the 1986 film "The Mission," by Roland Joffe, for which he was nominated for an Oscar and won a Golden Globe.

To accompany the story of the Jesuit missions in 18th century South America, Morricone used European style liturgical chorales and native drums to convey the mix of the old and new worlds.

Another non-Western classic was Leone's "Once Upon a Time in America," in 1984, which told the story of poor children in New York who grew up to become Prohibition-era mobsters.

In Italy, Morricone developed a close friendship with director Giuseppe Tornatore, whose "Cinema Paradiso" won the Oscar for best foreign film in 1989.

Born in Rome in 1928 while Italy was headed by Fascist dictator Benito Mussolini, Morricone learned music from his father, a trumpeter in small orchestras.

He entered Rome's conservatory at the age of 12, studying trumpet, choral music and composition, and later was chosen to join the orchestra of the prestigious Academy of Santa Cecilia.

He first wrote music for theater and radio programs and later was a studio arranger for record labels, working with some of Italy's best-known pop stars of the 1950s and 1960s.

He ghost-composed several film scores before he received his first credit for a feature film for Luciano Salce's "Il Federale" in 1961.

His success with director Leone, a former schoolmate, made him one of the most desired composers for the screen, with directors around the world beating a path to his door: John Huston, John Boorman, Terrence Malick, Bernardo Bertolucci, Barry Levinson, Warren Beatty, Oliver Stone, Barry Levinson, Roman Polanski and Franco Zeffirelli.

Morricone said his one big regret was never having worked with Stanley Kubrick.

"He did call me to do the score for 'A Clockwork Orange' and I said 'yes.' He did not want to come to Rome, he did not like flying. And then he called (Sergio) Leone, who told him I was busy working with him. He never called again," he said.

One of few Italians to have become a Hollywood legend without living there, Morricone said a studio had once offered him a luxurious villa in California, but he turned it down.

"All my friends are here, as well as plenty of directors who love me and appreciate my work," he said. "Rome is my home."

Morricone married Maria Travia in 1956. They had four children, three sons and a daughter.