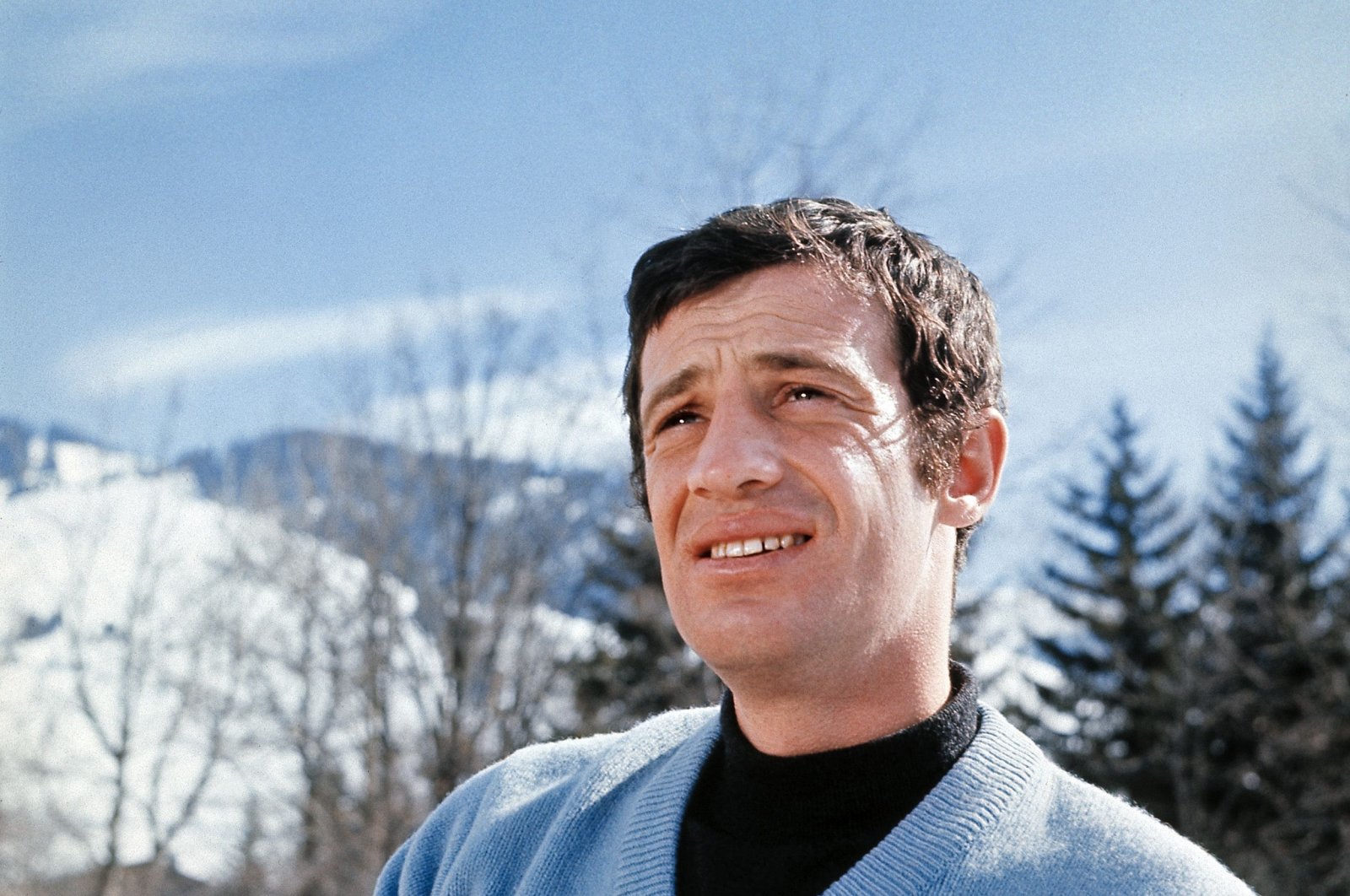 In this file photograph taken on January 1, 1960, Jean-Paul Belmondo, one of France's biggest screen stars and a symbol of 1960s New Wave cinema, poses during his winter sports holiday in Essonne, France. (AFP Photo)
by Associated Press Sep 06, 2021 6:31 pm
RECOMMENDED

Jean-Paul Belmondo, star of the iconic French New Wave film “Breathless,” whose crooked boxer’s nose and rakish grin went on to make him one of the country’s most recognizable leading men, has died. He was 88.

His death was confirmed Monday by the office of his lawyer, Michel Godest. No cause of death was given.

Belmondo’s career spanned a half-century. Belmondo, who embodied in the 1960s a new type of male star characterized by pure virility rather than their classic good looks, went on to appear in more than 80 films and worked with a variety of major French directors, from Francois Truffaut to Claude Lelouch.

His career choices were equally varied, from acclaimed art house films to critically lukewarm action and comedy films later on in his career.

His unconventional looks – flattened nose, full lips and muscular frame – allowed him to play roles from thug to police officer, thief to priest, Cyrano de Bergerac to an unshakable secret agent. Belmondo was also a gifted athlete who often did his own stunts.

He was born on April 9, 1933, in the Paris suburb of Neuilly-sur-Seine into an artistic family. His father was renowned sculptor Paul Belmondo and his mother, Sarah Rainaud-Richard, was a painter.

Belmondo played soccer and trained as a boxer before quitting school at age 16. He took up acting in the 1950s at the Paris Conservatory, where one of his teachers, Pierre Dux, famously told him that his career as a leading man was doomed because of his looks. People would burst into laughter if they saw an actress in Belmondo’s arms, Dux said, according to biographer Bertrand Tessier.

At his final conservatory competition, the jury failed to give him the recognition he thought he deserved – so he gave the judges an obscene parting gesture.

The star began acting in small provincial theaters and caught the eye of aspiring filmmaker Godard in Paris in 1958, who asked him to appear in a short film. At first, Belmondo didn’t take Godard seriously.

“I spoke to my wife about it, and she said, 'Go ahead. If (Godard) hassles you, punch him,’” Belmondo told the Liberation newspaper in 1999.

Belmondo was given his first important role by director Claude Sautet in “Classe tous risques” (Consider All Risks) in which he starred alongside Lino Ventura in 1960. The same year, Godard called Belmondo back to appear in “Breathless” – which became one of the breakthrough films of the French New Wave. The movement, which included Truffaut, grouped filmmakers of the late 1950s and 1960s who abandoned traditional narrative techniques and were known for their mood of youthful iconoclasm.

Belmondo played opposite American actress Jean Seberg, who appeared as the street-smart aspiring reporter who, in the film’s key moment, sold the International Herald Tribune on the Champs-Elysees in Paris.

Belmondo sometimes said he acted in Godard’s first film and would act in his last. But he didn't link his name exclusively with one director and worked with most of France’s top filmmakers – and many of Europe’s most well-known actresses, including Jeanne Moreau and Sophia Loren.

Following the huge success of “Breathless,” Belmondo showed the vast array of his talent and his versatility in dramas (“Leon Morin, pretre”), arthouse movies (“Moderato Cantabile”) and blockbusters (“Cartouche”).

“You won’t tell me anymore: ‘If only I had a young Gabin.’ You have him!” Gabin told the director of Belmondo.

In Truffaut’s 1969 “Mississippi Mermaid,” Belmondo played a tobacco farmer and starred opposite Catherine Deneuve. Belmondo and Danish-born Anna Karina played a couple on the run in Godard’s 1965 “Pierrot le Fou.” Belmondo also won a Cesar – the French equivalent of an Oscar – for his role in Lelouch’s 1988 film “Itinerary of a Spoiled Child,” his final big success.

During the second half of his career, Belmondo opted for high-paying roles in commercially successful action films. He played a tough detective in “Cop or Hooligan,” and a World War II ace in “Champion of Champions.”

In the 1980s Belmondo returned to the stage, his first love, and won back the doubting critics. His comeback role was in a 1987 Paris production of “Kean,” about an actor famous for his uncontrollable temper and genius.

Belmondo, who had recovered from a stroke in 2001, is survived by three children – Florence, Paul and Stella Eva Angelina. Another daughter, Patricia, died in 1994.