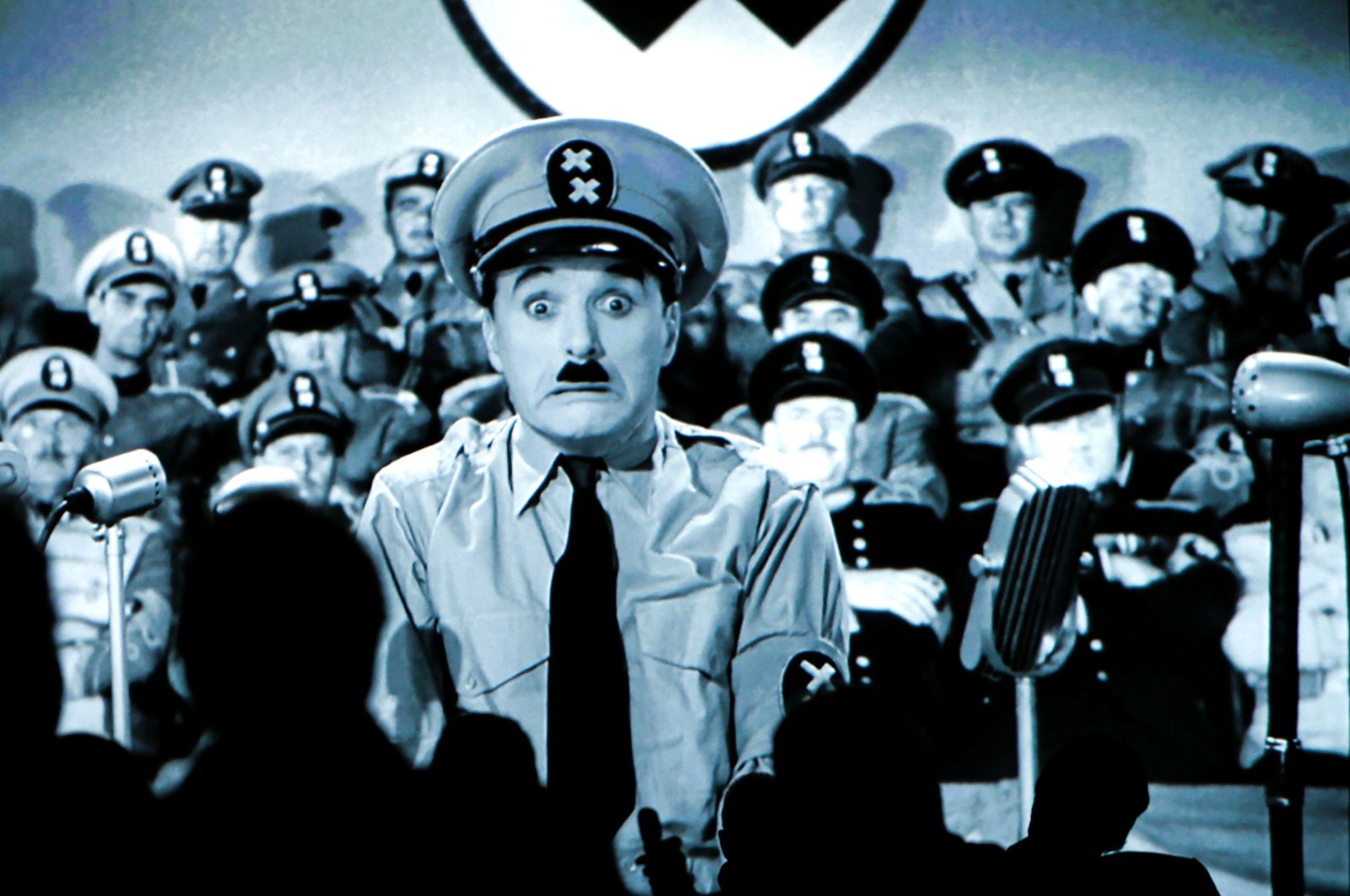 Visitors look at an extract of the silent film "The Great Dictator" during a media tour of "Chaplin's World," an interactive museum celebrating the life and works of comic actor Charlie Chaplin, in Corsier near Vevey, Switzerland, Apr. 16, 2016. (REUTERS Photo)
by REUTERS Mar 08, 2021 11:27 am

It has been a century since English comic actor Charlie Chaplin directed and starred in his first feature “The Kid.” To mark the centennial, some of Chaplin’s renowned movies will be released in cinemas worldwide after being restored.

French film company mk2 and international distributor Piece of Magic said in a statement they had teamed up to restore and distribute best-known Chaplin movies. The Paris-based company's 2k and 4k restorations of Chaplin's films include classics "The Gold Rush," "City Lights," "The Circus," "Modern Times" and "The Great Dictator."

mk2 will release a 4K restoration of "The Kid" in France in the autumn while Piece of Magic will work with its network of exhibitors to release the film and others in around 50 territories as well as collaborate with mk2 distribution partners.

"In 1921 'The Kid' confirmed Chaplin’s stardom and extraordinary skills in the art of cinema," mk2 Chief Executive Nathanael Karmitz said in a statement.

"It is fitting that this year in partnership with Piece of Magic we return Chaplin to cinemas around the world and continue to maintain the legacy of his work, celebrating its modernity and emotions that live on today."

The two companies said there would be new posters and trailers "designed for contemporary audiences" to mark the anniversary.