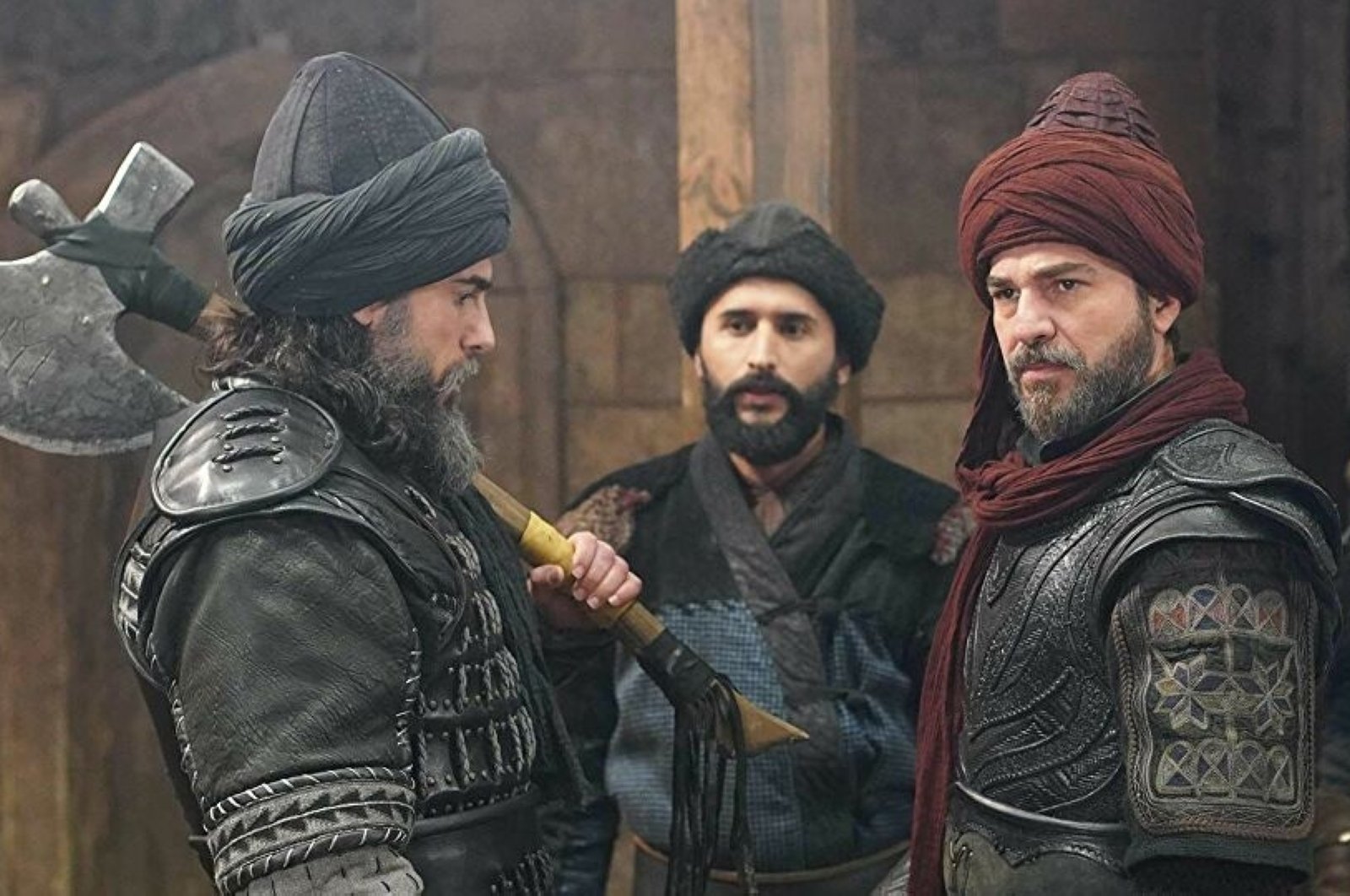 On a sunny afternoon, red flags bearing a white star and crescent fluttered in the breeze as they hung from businesses and homes in northern Pakistan, a testament to the region’s love for Turkey spurred by a Turkish drama series.

"Diriliş: Ertuğrul" ("Resurrection: Ertuğrul") is gaining wide popularity across the country after being dubbed in Urdu and broadcast on state television.

A YouTube channel launched in mid-April specifically for the series has nearly 8.5 million subscribers while its viewership had climbed to over 1.3 billion as of Sept. 15.

It was after Pakistani Prime Minister Imran Khan visited Turkey that he ordered the state-run Pakistan Television (PTV) to dub the program into Urdu and telecast it.

PTV says the series is trending locally on YouTube since it was launched this year on April 25, the first day of Ramadan, the Muslim fasting month.

The state-run TV channel, which started airing the show under an arrangement with Turkish Radio and Television (TRT), is making it accessible to a far greater audience and igniting public interest.

The growing popularity of Turkey among Pakistanis is striking, showing their love for the two countries’ friendship.

"We are importing carpets from Turkey. That is why we named our shop Pak-Turk Carpets," said Jibran Aziz in Gilgit city, the provincial capital of Gilgit-Baltistan. Customers are also taking an interest in seeing Pakistan and Turkey’s flags flown together, he added.

Several hotels in Naran-Kaghan, a beautiful tourist spot located in the Mansehra district in Khyber Pakhtunkhwa province, some 300 kilometers (186 miles) from the capital Islamabad, are adorned with the Turkish, Pakistani and Chinese flags. According to their owners, it is a sign of solidarity with their country's “good friends.”

“China is our good friend, but Turkey is our brother, and it is a sign of our respect and love for these countries," Zohaib Aamir, the owner of one of the hotels, told Anadolu Agency (AA).

“Good friends are those who stand behind you in every good and bad time, and these countries are doing it,” said Aamir, pointing toward the flags.

Local tourists visiting the area also pose in front of the flags for photos and later share them on social media. “I like this red flag and I love Turkey. President Recep Tayyip Erdoğan is my favorite leader,” said Zarmina Hassan, a tourist from Islamabad, while having her photo taken.

President Erdoğan is the most popular leader among locals in Pakistan because of his bold stance on Muslim issues and especially his support for the Kashmiri people, she added.

Fazal-ur-Rehman, 62, who built a new hotel at a beautiful location near Babu-Sar, a border point between Khyber Pakhtunkhwa and Gilgit-Baltistan in northern Pakistan, also displayed symbolic Shaheen and Ghauri missiles – Pakistan's land-based surface-to-surface medium-range ballistic missiles – near the Pakistani, Turkish and Chinese flags.

“I opened this hotel last year and brought the Turkish flag from Islamabad and displayed it here to show my solidarity and love for Turkey," Rehman said.

"I like President Erdoğan. He is a true Muslim leader, and I wish other Muslim leaders would also follow him to serve the oppressed Muslims around the world," he said.

During Erdoğan’s visit to Pakistan in February, the two countries signed a series of memorandums of understanding (MoU) aimed at boosting bilateral trade, economic engagement and cultural and communications ties.

Trade volume between Pakistan and Turkey has risen from around $600 million (TL 4.5 billion) to $800 million over the last five years.