'Scenes From a Marriage': Chastain, Isaac stun in update of classic 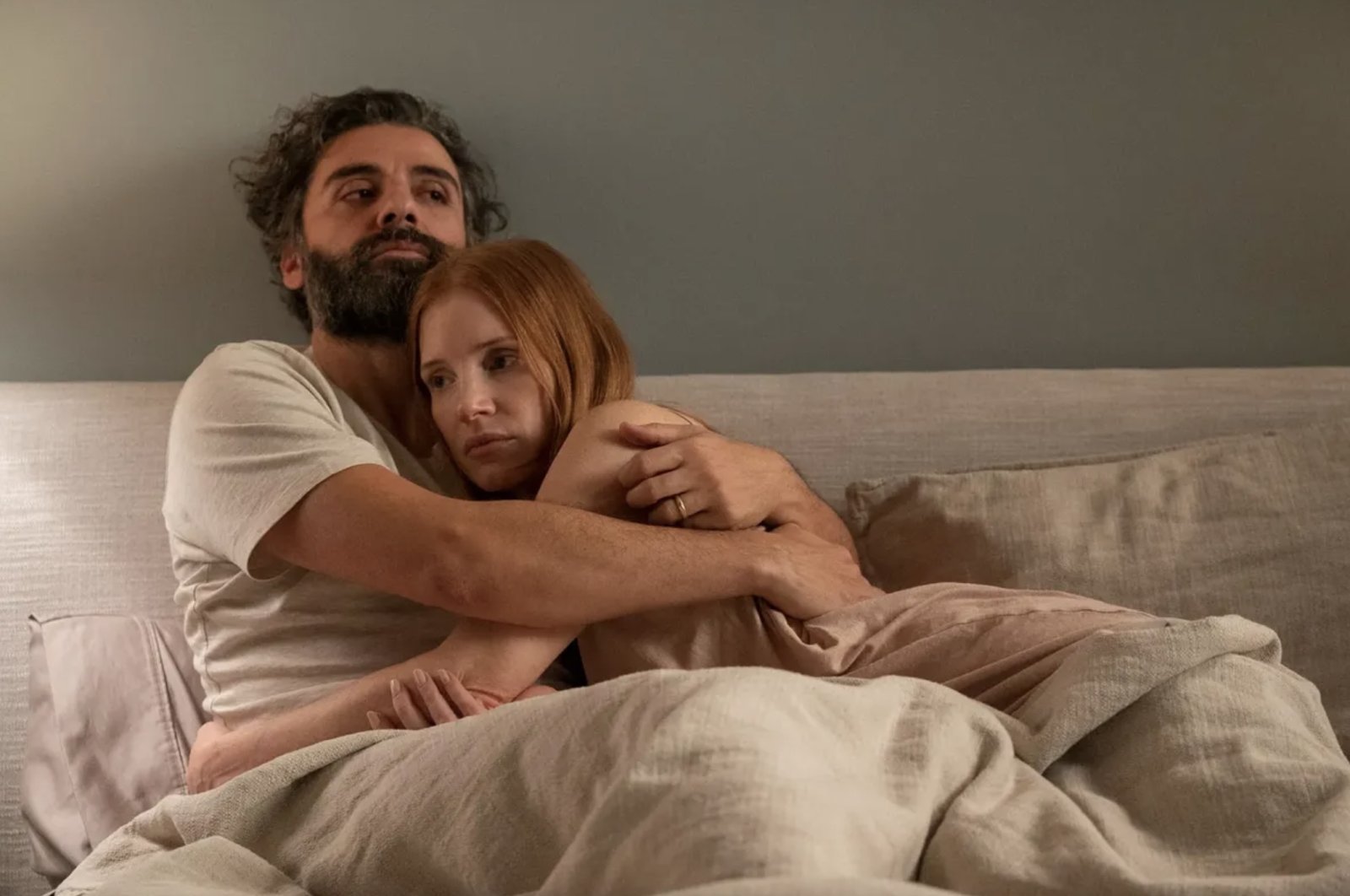 HBO's new adaptation of "Scenes from a Marriage," a 1973 Swedish television miniseries written and directed by Ingmar Bergman, creates the sense of "scenes" from the title literally from the very beginning.

The excellent leading actors, Jessica Chastain and Oscar Isaac, are introduced as themselves, more or less, getting ready for the day’s on-camera theatrics. Masked and COVID-compliant crew members rush around, applying makeup and getting props in place just before the backstage bustle transitions into the beginning of the episode. The idea is swift and on-point – a reminder of the pandemic moment we’re living in, even if nothing in the drama itself exists in that same world.

The sleek five-part limited series, written and directed by Hagai Levi, attempts to find a contemporary American milieu for the narratively simple, emotionally complex permutations of the marriage inhabited in Bergman’s original by Liv Ullmann and Erland Josephson. Does it work? As an acting challenge met, valiantly, by Isaac and Chastain, yes, it does.

Does it also resemble an unusually classy karaoke act? Yes, that too, though the vast majority of viewers who take a chance on the HBO version won’t have seen the ‘73 rendition.

Series creator Levi is best known for the Israeli version of “In Treatment” (‘Be’Tipul”) and for the English-language series remake. In the new “Scenes from a Marriage,” the married couple is made up of Jonathan (Isaac), a Tufts University philosophy professor, and Mira (Chastain), a high-flying corporate product manager often away on business.

The first episode begins the way Bergman began his “Scenes”: with an interview. A graduate student working on her thesis on “evolving gender norms” and how they affect monogamous marriages asks the couple a series of increasingly probing questions while their daughter, Ava (Lily Jane), watches “Wallace and Gromit” in the next room. Mira and Jonathan say they’ve been together 10 years. We learn that Jonathan identifies himself as a man first, a Jew second (raised in a strict Orthodox household; he has since lapsed) and an academic. He doesn’t mention “husband,” though later he says he did. That detail of omission and revision is one of the shrewdest things in the episode.

The events of “Scenes from a Marriage” cover a slew of potential marriage destroyers. An unexpected pregnancy; an abruptly revealed affair; a painfully undefined separation; and then, what happens afterward, which is no less clearly defined. Some of the episodes, two of which Levi co-wrote with Amy Herzog, unfold as a single, confined one-act play, at a particular moment of crisis, recrimination, reunion or confrontation.

The key change in the HBO version is who embarks on the affair. Mira met Jonathan in college, and to him she was the unruly, charismatic essence of forbidden fruit – everything his religion and family had trained him to avoid. Among other things, Levi’s rethinking of the material involves Jonathan’s re-commitment to Judaism.

The key flaw in the series, I think, comes in just how clearly Jonathan emerges as the more empathetic and searching of the two leads. Bergman’s version was far tougher on the blowhard securities of the male character. This time, with Jonathan as the primary caregiver, the series at its most reductive settles for “Kramer vs. Kramer” heroes and villains. Mira describes herself at various points as manipulative, even “deranged” (albeit jokingly). She refers to the man she can’t live with or without – Jonathan, that is, not the man for whom she leaves him – with a more honorable, aspirational word: “complicated.”

In an interview with The Wrap, Levi said: “I’m not doing a show about a specific American couple. It’s much more general, much more abstract than (that).”

This is tricky. Most realism-based stories about most marriages usually fare better if they’re about specific imaginary people, not abstractions. Even so, “Scenes from a Marriage” is pretty compelling because Isaac and Chastain are just so good in so many ways – and often more nuanced than the material itself. The entire series relies on emotional pacing, and Chastain and Isaac explore their characters’ secret longings, nervous avoidance, carnal abandon and private anguish with the paradox the series needs above all: highly controlled abandon.

There’s no question that Bergman’s version is the superior, tougher and ultimately fairer-minded achievement. But this version showcases two actors doing some of their cleanest, truest work on screen to date.