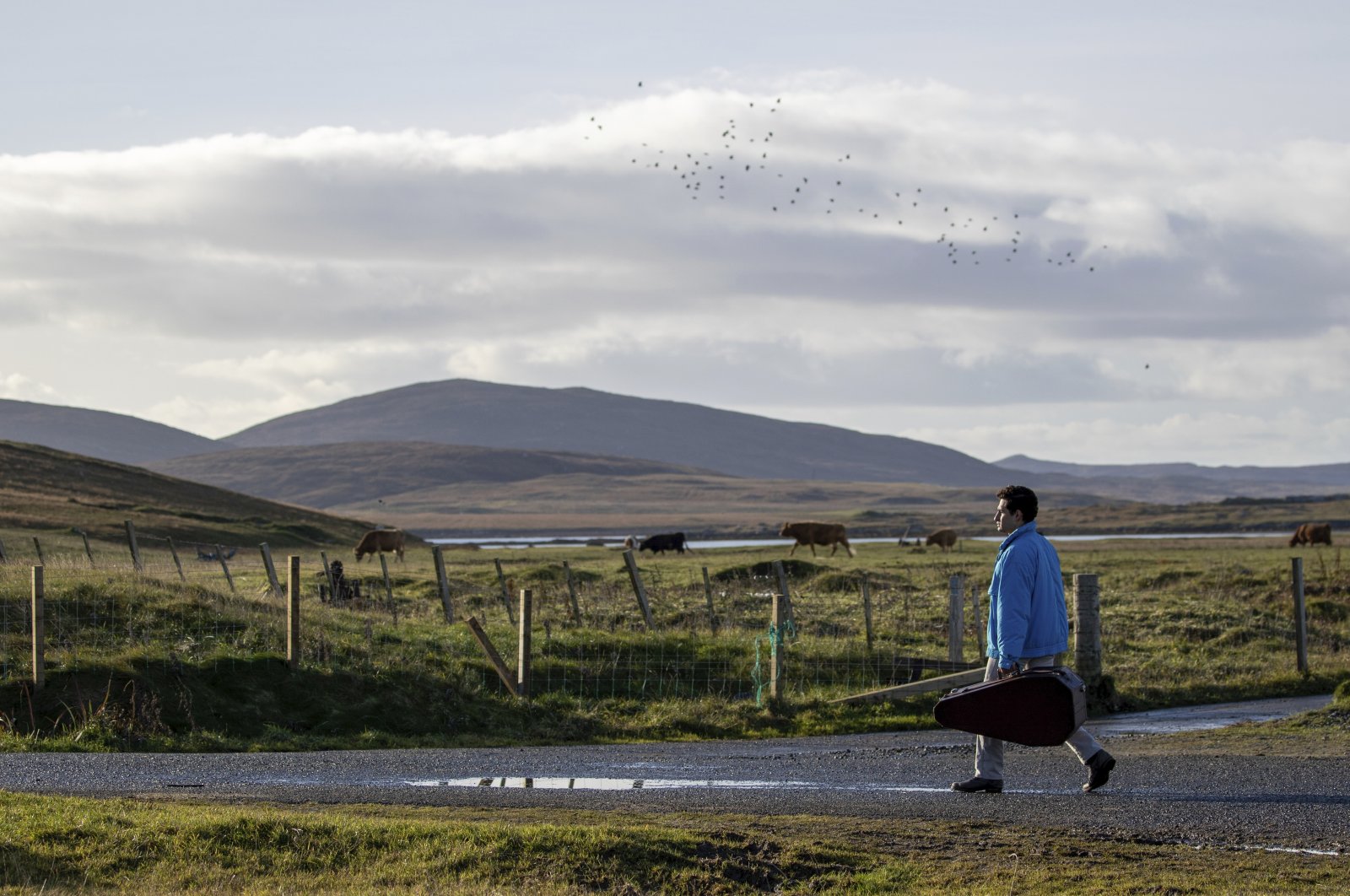 In this image made from video provided by Focus Features, Amir El-Masry who stars as "Omar" in the film "Limbo" walks along a road on the Uist islands, in the Outer Hebrides, Scotland. (Focus Features via AP)
by ASSOCIATED PRESS May 01, 2021 3:15 pm
RECOMMENDED

Egyptian actor Amir El-Masry was unenthusiastic about reading the script of “Limbo,” a film about refugees waiting on a remote Scottish island for residency, as refugee films traditionally feature established tropes about a Western savior coming to the rescue.

However, after reading, he reached for the phone and called his agent.

“I was like, ‘I was wrong, you know, it isn’t just any old kind of story about the refugee crisis.’”

El-Masry rejoiced that his character, Omar, “is in the forefront of the narrative and there isn’t a Western character leading him on and letting him forget about his past,” which was exactly as writer-director Ben Sharrock had intended.

“Limbo” is based on Sharrock’s own experience of studying and living in Arab countries, visiting refugee camps, and rooted in the fact that asylum-seekers are often sent to remote areas of northern European countries while they wait to hear their fate.

He believed the audience could relate directly to the characters, without a Western character acting as the guide.

El-Masry’s Omar is grouped together with other immigrants in a house on a cul-de-sac. The only thing they have in common is they are all stranded in a strange land.

And while he’s left Syria, it’s clear Omar is still dreaming of the people, places and smells of home. If it was safe, he would be there.

Born in Cairo and raised in London, El-Masry has seen the warm response to the movie on the film festival circuit, showing in Cannes, Toronto, San Sebastian and Zurich.

He feels audiences are connecting to the idea of identity and being in an unfamiliar place away from friends and family.

Co-star Vikash Bhai thinks that the pandemic has also created parallels, even though it was shot in 2018.

“More than ever, you’d be able to relate to that kind of experience, of being in limbo, of not knowing where you stand, what’s coming next.”

El-Masry also feels the film is “a beautiful reflection of life in general,” balancing comedy and drama.

“All the mishaps end up being very, very funny for want of a better word,” he says, adding that British and Arabic cultures tend to laugh at misfortunes. “That’s something that’s quite relatable in that sense.”

El-Masry studied Syrian dialect, met with groups of single male refugees and spent two months on a quest to master the oud musical instrument for a scene in the movie (it takes seven years in the real world) – bringing a film extra to tears with his performance.

The film itself was shot on the Uist islands, in the Outer Hebrides, the first feature to be made there.

Sharrock admits that battling the area's gale force winds, rising tides and changeable weather was almost impossible, although worth it for the result.

While the scenery can look both bleak and breathtaking, there is optimism and hope – especially in the form of Farhad, Omar’s Afghan roommate played by Bhai, who has the patience and positivity to sustain him in this strange purgatory.

It helps that Farhad also has a chicken named after Freddie Mercury.

“For the emotional stuff, we had one chicken. And then for all the stunts, it was the other one,” Bhai said.

“I’ve never really hung out with a chicken before, but he was super chill, man. He’d just snuggle up and be very comfortable.”

“Limbo” was a nominee for outstanding British film of the year at the BAFTAs, although the honor went to “Promising Young Woman.” It opens in U.S. theaters on Friday.