UK government under fire over inhumane asylum ideas for migrants 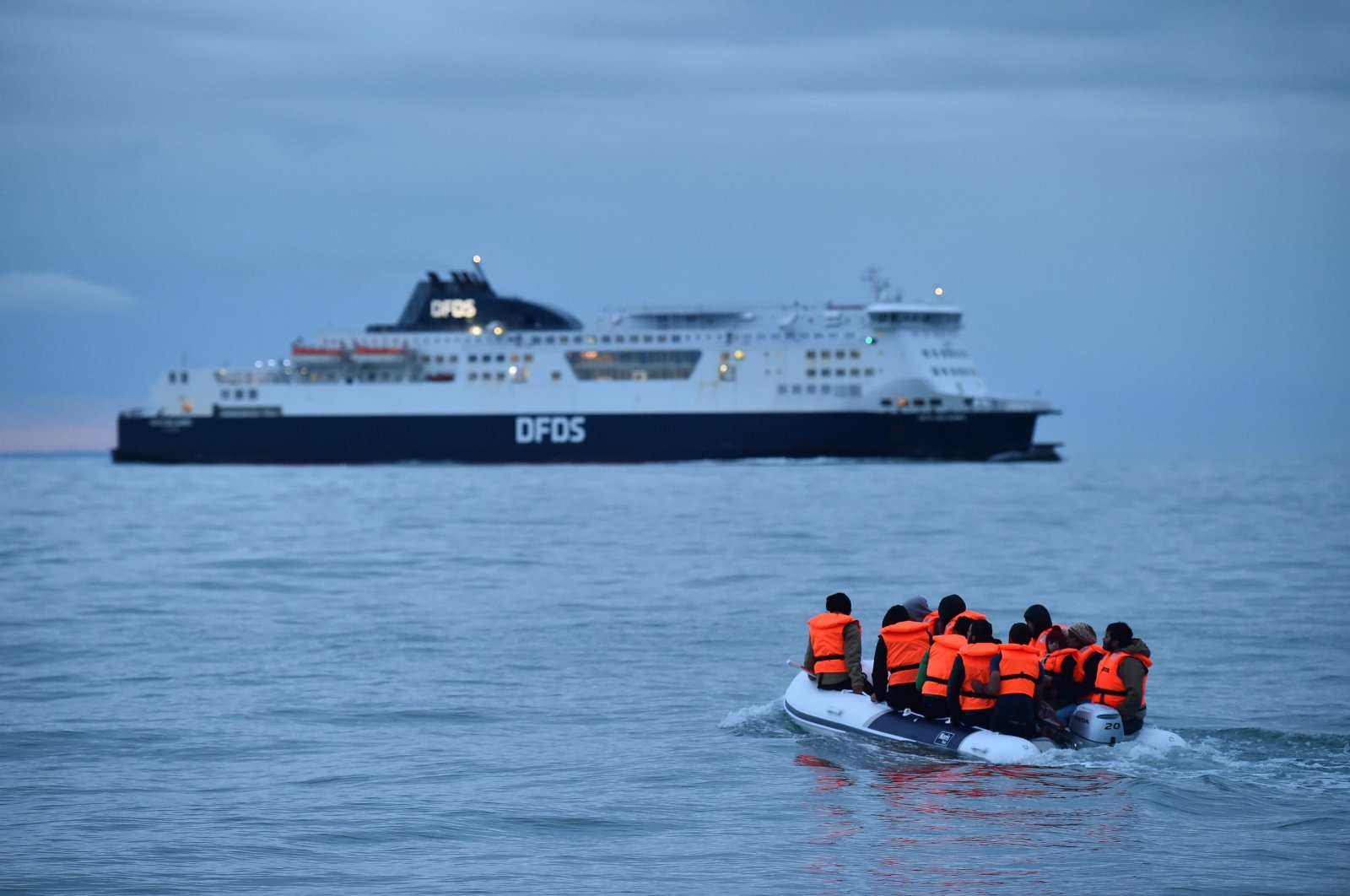 The British government came under fire on Thursday after newspapers revealed it had studied housing asylum seekers on disused oil rigs, banishing them to camps in Moldova or Papua New Guinea, or building floating walls in the sea to keep them out.

The main opposition Labour Party said the plans, revealed in leaked papers published by several newspapers, showed the government was "lurching from one inhumane and impractical idea to another" and had "lost control and all sense of compassion."

Prime Minister Boris Johnson's government has said it is studying how to deal with small boats carrying migrants across the Channel from France, including looking at policies used in other countries.

It did not comment on any of the specific proposals reported in the newspapers, but Johnson's spokesperson said he did not recognize some of the ideas, without elaborating.

The proposals, which newspapers said had been studied by Britain's Home Office, or interior ministry, include building a camp for asylum seekers at Ascension Island, a British overseas territory in the South Atlantic.

The Financial Times said officials had sounded out the maritime industry over the building of temporary "marine fencing" to block migrant boats in the Channel. The Guardian newspaper reported that Johnson's office was driving the discussion, and had asked officials to consider sending asylum seekers to Moldova, Morocco or Papua New Guinea.

The top civil servant at the Home Office, Matthew Rycroft, who faced questions from a parliamentary committee, said discussions had taken place "in the realm of the brainstorming stage of a future policy" but did not confirm specific plans.

Immigration has been a hot issue for years in Britain, and one of the major drivers of the successful 2016 referendum campaign to leave the EU. But sending asylum seekers to a remote location would be a big departure for a European country.

The country best known for housing asylum seekers offshore is Australia, which has sent people intercepted at sea to camps in Nauru and Papua New Guinea for processing since 2012, a practice condemned by rights groups and the United Nations.

Labour described such proposals for Britain as both absurd and cruel. Meg Hillier, a Labour lawmaker, noted that Ascension Island has no functioning airstrip, and said the idea of sending migrants there was "in the realms of cloud cuckoo-land".

Human rights groups accuse the U.K. government of exaggerating the problem of migration across the Channel, to drum up support. They say the numbers reaching Britain by sea, about 5,000 this year, are tiny compared with migrant flows in many other places.

The Times said other ideas being considered included putting asylum seekers on disused ferries or oil rigs moored off the coast, or building a processing center on a Scottish island – a suggestion rejected by Scotland's devolved government.

"They can rest assured that any proposal to treat human beings like cattle in a holding pen will be met with the strongest possible opposition from me," Scotland's First Minister Nicola Sturgeon said on Twitter.