SnyderCut? What about Ridley Scott's epic battles with studios? 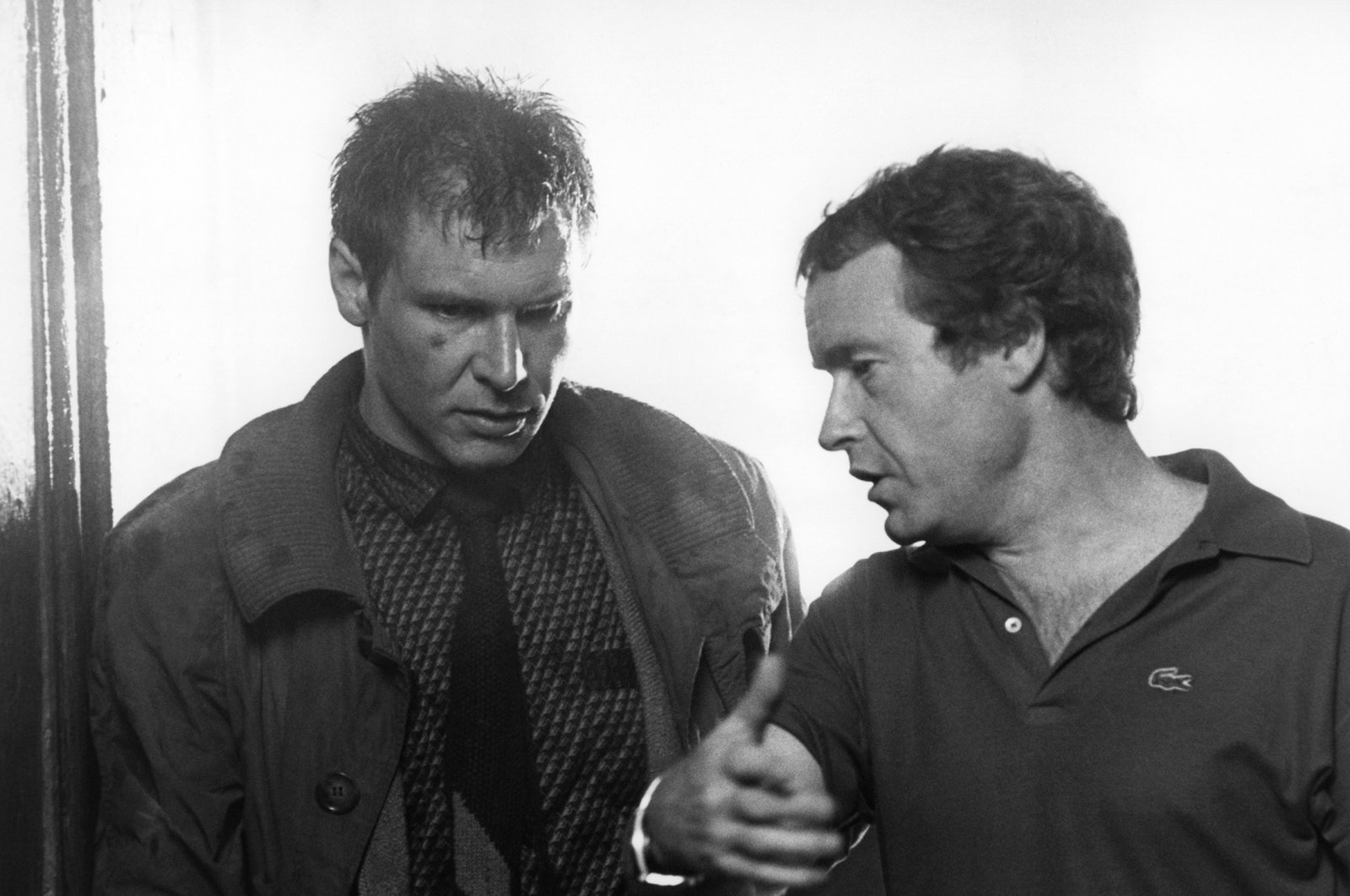 Everyone is celebrating the release of Zack Snyder's 'Justice League,' saluting it for restoring an artist's vision, but let's not forget the champion of director's cuts, Ridley Scott

Warner Bros recently released Zack Snyder's original vision for the 2017 film "Justice League," whose production Snyder had to leave before it was completely finished due to a family tragedy, once again raising an animated discussion among cinephiles about films butchered by studio interference. Yet, no one in Hollywood has had as many battles with studios as Ridley Scott. With the public debate on artistic vision fueled, let's have a look at two of his most infamous cases.

Before diving into these case studies, a bit of context is necessary on Sir Ridley Scott. Born in 1937, the English director and producer was one of the founding fathers of modern cinema, particularly the genres of sci-fi, horror and noir, or rather a cyberpunk-style neo-noir. He helmed the iconic horror masterpiece "Alien" in 1979, revolutionizing the field of thriller and science fiction. Meanwhile, his decision to change the lead character from a standard male action hero to what would become “Ellen Ripley” with Sigourney Weaver's masterful performance gave the world one of its most memorable cinematic heroines.

Throughout the years, Scott worked to produce several masterpieces and cult classics. 1991 saw his “Thelma & Louise” of two friends on the run from the police and 2000 brought the sensational “Gladiator” set in ancient Rome. In the new century, he directed the true story of the fight between U.S. soldiers and heavily armed Somalis in “Black Hawk Down,” and the biographical crime drama “American Gangster” with incredible performances from Denzel Washington and Russell Crowe.

More recently, his 2015 film “The Martian,” based on a book of the same name by Andy Weir, became a sensational hit as a truly “scientific” fiction film, the likes of which we hadn't seen in a long time, In it, we watched Matt Damon's wonderful “Mark Watney” stranded on Mars, alone, trying to survive using his botanic skills and immense scientific background.

Oh, Ridley Scott, how have you suffered so. The man who has given the world classics like "Alien" and "Blade Runner," which will come up again later, has spent his entire career releasing director's cuts to his unbelievably altered films. His medieval epic "Kingdom of Heaven," premiered in 2005, was no different.

Scott's historical tale of Jerusalem's conquest by Muslim Egyptian Sultan and founder of the Ayyubid dynasty Salah ad-Din, widely known as Saladin in the west, and the city's defense by an outsider, Balian of Ibelin, was cut down significantly in running time, with a whopping 45 minutes shaved off.

It is already hard enough to find decent historical movies set in the middle ages, and Scott's vision was a rare gem with characters of depth and a plot that made sense before it received studio treatment. It managed to garner only $218 million worldwide, a rather underwhelming figure, considering a budget of $130 million. Thankfully, Scott, as tradition wills, managed to release a restored version coming in at a 194-minute runtime, including an overture to complement the epic style of the film.

The added scenes revealed crucial character backstories and developments, both for our lead Ibelin, played by the always-charming Orlando Bloom, and for his romantic interest Sibylla, portrayed by the ever-beautiful Eva Green, who became, what some would call, the heart of the story in the new version.

For starters, Sibylla's son was nowhere to be seen in the theatrical, apart from a fleeting scene, if even that – my memory is a tad fuzzy on this. However, as the subplot of her son was the soul of the movie, the omission of such an integral part of the story left many baffled. An unnecessary intervention, as Scott himself acknowledges. Her son, named Baldwin after Sibylla's brother King Baldwin, is the anchor to Sibylla's entire character arc.

Throughout the film we see Sibylla suffer emotionally. She watches her brother, King Baldwin, fade by the minute from leprosy, while she is unhappily married to Guy de Lusignan and manipulated by him time after time. All the while her only purpose is to protect her son. Every decision she makes is guided by this love and will to ensure his safety and reign.

She knows the king does not have much time left on earth due to his condition, and Guy controls the biggest faction of the army in Jerusalem. So, she has to play her cards well to secure a successful reign for her son, the future king. Guy asks her for the allegiance of Baldwin junior's knights and threatens her that if she does not provide it, her son's reign will be "brief and bloody."

After King Baldwin passes away, Sibylla, in a time of mourning and fear for his son, goes to Guy and says, "If my son has your knights, you have your wife" – a line cut from the theatrical version, which makes Sibylla's motivation entirely confusing. After Baldwin junior's coronation, a few droplets of hot wax land on his hand as he signs various documents, without eliciting even a flinch. A look of immense concern crosses Sibylla's face, and later a physician confirms that the boy has leprosy. Sibylla breaks down with the pain of losing her brother too soon and her son doomed to the same fate as war approaches.

In a palm orchard, she sings him to sleep and pours poison into his ear, euthanizing him. As the kingdom buries another king, Guy takes full control of the city, sealing its doom while she stands truly alone, devastated and broken, or so she thinks.

Then, it makes sense for her character to pick up the broken pieces, with the help of Balian, for her to try to redeem herself. Then, it gives the necessary emotional weight, punch and payoff to all her later scenes and completes her arc in France, in Balian's orchard, offering her a semblance of peace and happiness after so much sorrow.

Yes, Balian's emotional character arc is much more satisfying with the deeper backstory of his wife and her death, making him a more tragic and well-rounded character. Yes, the extra graphic battle sequences add to the enjoyment of the film and enhance the realism of the brutal medieval war that Scott is trying to portray. And yes, almost every character has more development and the plot now makes much more sense. However, none of them, bar maybe Balian, is as important or integral to the story as Sibylla. The theatrical version renders her an easily manipulated persona with almost no agency and takes away the heart of the story.

"Misunderstood when it first hit theaters, the influence of Ridley Scott's mysterious, neo-noir "Blade Runner" has deepened with time. "A visually remarkable, achingly human sci-fi masterpiece," reads a critical look back on Scott's 1982 dystopian neo-noir cult classic. “Aged like fine wine” would be an apt description. Upon its release, the film underperformed at the box office and polarized critics.

A tale based loosely on revered sci-fi novelist Philip K. Dick's “Do Androids Dream of Electric Sheep?” the story revolves around Rick Deckard, a “blade runner,” which is a special branch of police whose job is to hunt renegade replicants or bio-engineered synthetic humans. A burned-out, tired and retired Deckard, played marvelously by the esteemed Harrison Ford, is reluctantly tasked with “retiring” a group of replicants who have escaped back to Earth.

Exactly 25 years later than its initial premiere, Scott was able to share with cinephiles the world over his vision of this film, as he released in 2007 "Blade Runner: The Final Cut," the ultimate among a flurry of versions since 1982. So, what has the studio altered from Scott's unique tale? The ending, for a start.

The film balances heavy philosophical questions such as what it means to be a human and what the purpose of life is with an interesting detective story. The replicants are searching for their creator having been doomed with a short life. Meanwhile, Deckard, whose entire life has been spent killing replicants, starts to doubt his worldview after he meets Rachel, an advanced model replicant, and slowly falls in love with her.

Throughout the film, we learn about these synthetic humans and question what it means to be human. Scott's masterful directing and visual storytelling take the viewer on a journey through dystopian Los Angeles infused with such an oriental flavor it looks like neo-Tokyo, and his wide symbolism shines in this dark and gritty world.

The most important part of the story comes as we are introduced to Deckard's dreams. He dreams of a unicorn galloping through the woods. We do not know the significance of it until the end, or shall I say we are still not sure thanks to its open ending. Deckard manages to hunt down the replicants and has a fight with their leader, Roy Batty portrayed by Rutger Hauer, on a roof top. Here, we witness one of the most iconic monologues in cinematic history as Hauer gives the ever-brilliant “Tears in Rain” speech, just before his life ends.

Then, Deckard and Rachel decide to run away, but before they leave his apartment and hop on the elevator, Deckard finds an origami unicorn placed on the floor by Officer Gaff, a side character. Deckard picks up the unicorn and enters the elevator, fading to black. That is where Scott planned to end the movie. As Deckard, and the audience, questions the entire film once again (this time thinking perhaps Deckard himself is a replicant), adding another layer upon the philosophical aspects of the flick.

However, the studio thought it was a bit of a downer. So, the redrawn ending shows Deckard and Rachel riding into the sunset, smiling, in an overly cliche happy ending. Add that to the excessive voice-over added after the fact, clashes with the entire tone of the movie, and it slaps Scott's neo-noir right in the face. This, in addition to other cut down or added scenes, and a change in the entire color palette of the film does nothing but ruin Scott's artistic vision, leaving nothing to the imagination and ruining the coherence of themes laid down throughout the film.

First, the film is a visual medium, as per the famous quote “Show, don't tell,” and Scott adheres to that ideal impeccably. So, to insert narration, spoon-fed to the audience of what they can already see is not in the spirit of cinema nor the artistic vision of Scott. It destroys the mood, disrupts the tone, which is such an essential part of this melancholic and dramatic film, ruins the slow scenes and tears down the attempt to build an atmosphere that Scott succeeds in creating wonderfully in silence.

As to the happy ending, need I say more? "Blade Runner" thrives in ambiguity, questions and doubts, but the theatrical version rips it all away, leaving a bland aftertaste. Scott's original movie makes the audience think, inviting you to rewatch the entire film, again and again, to work out clues. It makes people discuss, debate, as they do to this day, about its ending, its themes and the nature of humanity.