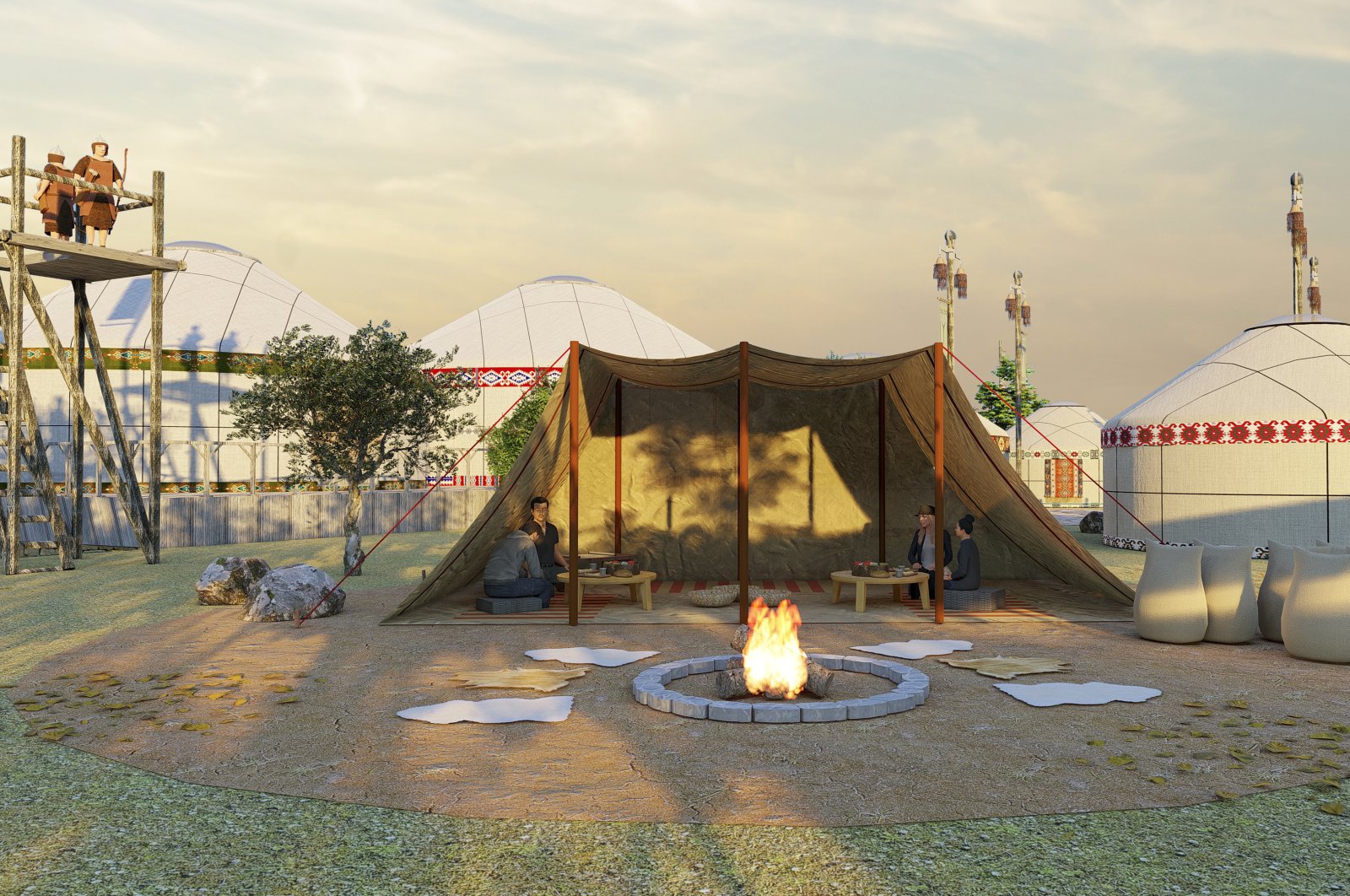 Söğüt district in the northwestern province of Bilecik, where the foundations of the Ottoman Empire were laid, will turn into a film set after a series of projects to be carried out. The "Oba City Project" is planned to be implemented through the initiatives of the Bilecik Governorate in Söğüt, which is visited by hundreds of thousands of people every year. The project will be carried out in the district, where the seeds of a world empire which distributed rights, justice and tolerance to three continents for six centuries were laid, in accordance with the historic mission it undertook 700 years ago.

The project will include a conference room, gift shop, amphitheater area, hobby garden, museum, series set and many other areas in addition to the Ottoman plays that are sinking into oblivion such as horsemanship, horse archery, archery and matrak – a combat sport based on sword and shield fighting.

According to Şeyh Edebali University, named after Sheikh Edebali, the spiritual founder of the Ottoman Empire, the structural plan of the Oba City project to be carried out on a flat plain at the entrance to the district symbolizes the “great plane tree” which Osman Gazi saw in his dream. The accommodation area, consisting of 40 haircloth tents, is aimed at making visitors feel the historical fabric.

In an interview with Anadolu Agency (AA), Bilecik Governor Bilal Şentürk said that they have set out with a view to reflecting that the period of Ottoman Empire’s founding in Söğüt, adding that they have a raft of studies to turn historical traces into visuals in every inch of this territory that bears witness to the history.

Underlining that one of these studies is about founding an oba (nomad camping side) in Söğüt, Şentürk stated: “Our idea is to ensure that everyone who comes here, especially our young people from all parts of our country, can live in this land that bears witness to history and learn their history on the ground.”

Indicating that they aim to create an environment related to that period, Şentürk said: “We are trying to create an oba and build the infrastructure of it so that people can experience that period and that moment. In doing so, we need to equip Söğüt, the city that was the first capital of the Ottoman Empire, in a way that can be conveyed to the whole world. We want to create this not only with theoretical knowledge but also with practical knowledge by supporting it with some visual elements to integrate the past, present and future.”

Pointing out that the oba has been designed as a “living unit” which will feature all sports belonging to the Ottoman era, as well as sword dance and other social events, Şentürk said that the project is also expected to invigorate the city’s economy. Şentürk noted that they aim to develop an area with accommodation facilities, adding that the project will be carried out under the coordination of the general and local government.