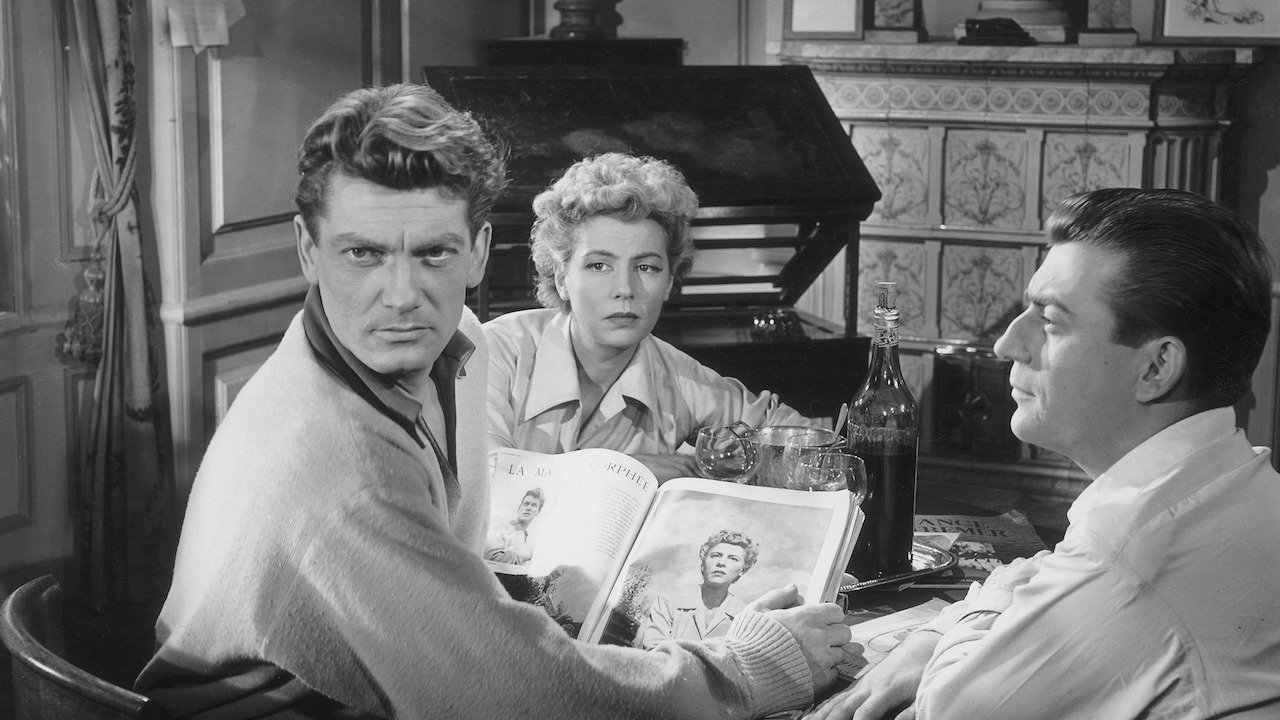 The 11th MyFrenchFilmFestival (MFFF), organized by UniFrance, an organization for promoting French films outside France, was launched on Jan. 15 this year. As the world’s first francophone online cinema festival dedicated to young directors, the event will continue to offer spellbinding short and feature films to viewers until Feb. 15.

As part of the program, film buffs will be watching 13 features and 17 short films online throughout the festival. The film selection, which consists of French, Belgian, Canadian and Swiss movies, is presented under different sections according to their themes, such as “Forever Young,” “Crazy Loving Families,” “True Heroines,” “French Ghost Stories” and “On the Road.” In the Kids’ Corner of the festival, children will also be enjoying a children’s selection of five short, silent, animated films.

In the “Forever Young” section of the festival, director Sebastien Lifshitz’s “Adolescents” meets viewers. In the story of the film, Emma and Anaïs are two buddies who are close enough to use the same toothpick but are actually completely opposite characters. Their friendship, which began when they were teenagers at the age of 13, continues into adulthood. They share each other’s life for five years when major changes come one after another. When they turn 18, we watch how they have become grownups and what point their friendship has reached. This youth story also offers an insight into the last five years of France.

In her directorial debut “Un Adieu” (“First Goodbyes”), Mathilde Profit presents a father-daughter road trip tale. In the story, the viewers see a car drives along the French coast. A father takes his daughter to Paris, where she will begin her school life away from her childhood, in this car. This journey of the father and daughter may be both their first and last time. Even if everything seems normal, they will get to know each other on this trip, and they know that will have to say goodbye to each other.

Director Anthony Lemaitre’s short film “Entracte” (“Intermission”) is about some youngsters who discover the love of cinema. In the movie, Yacine and his two friends would like to see “Fast & Furious 8” at the big movie theater in the suburb at any cost. However, they can only afford to go to a cine-club session. While it should only be a game, this will turn into an incredible experience for the young boys.

In Sophie Letourneur’s “Enorme” (“Enormous”), a family comedy waits for viewers. At the age of 40, something happens to Frederic and he wants to be a father. However, his wife Claire does not want a baby as she thinks she cannot take care of it. Becoming pregnant after a while, Claire turns into a whale while his husband becomes a whining man.

Another comedy about a crazy family featured at the festival is Bruno Merle’s “Felicita.” In the movie, Tim and Chloe appear as a couple who find happiness by seizing the day and depending on nothing. However, the summer is about to end, and their daughter Tommy will need to return to school. As her parents, they promised not to miss this important event. But that was before Chloe disappeared, Tim stole a car and an astronaut was involved in the story.

Christophe Blanc’s “Just Kids” is a heartbreaking family drama. While watching Jack, Lisa and Mathis’ becoming orphans, it is bittersweet to see their individual struggles leading up to this family disaster. Lisa, 17, leaves and Jack, 19, has to be an adult now as the guardian of Mathis, who is just 10. But how will Jack assume responsibility for a child in a time when he has just come out of puberty? How will the future be built while the past becomes a dangerous obsession? You will see that the power and the energy of youth work miracles.

In the “True Heroines” section, stories of strong women will mesmerize the viewers. The first film of the section is Boris Lojkine’s “Camille,” which is about an idealistic photojournalist. Camille travels to the Central African Republic to follow the civil war that is about to begin. Before long, she falls in love with the country and her youth is turned upside down. Her fate will be determined here now.

Director Myriam Verreault follows the story of two inseparable girlfriends raised in an Inuit community in her “Kuessipan.” While Mikuan lives in an affectionate family, Shaniss bears the wounds of a damaged childhood. As children, they promised each other that they would never break up at any cost. But when they turn 17, Mikuan falls in love with a white boy, and their friendship begins to crack.

“Orphee” (“Orpheus”) is a modern adaption of the classic myth of Orpheus and Eurydice by Jean Cocteau. Orphee, the famous poet of Saint-Germain-des-Pres quarter, is enchanted by a mysterious princess. But she is just an incarnation of death. He leaves his wife Eurydice for her. But realizing that their love is impossible, the princess returns Orphee to Eurydice.

In Arnaud Desplechin’s “La Vie Des Morts” (“The Life of the Dead”), 20-year-old Patrick attempts suicide. The members of his large family gather in a bourgeois house in northern France while he stays in a coma in hospital.

Geofroy de Crecy offers a different perspective on ghost stories in his “Empty Places.” Shot before the worldwide lockdown, the movie is a tribute to the melancholy of machines. The director questions what happens when we abandon our machines by leaving them to continue their motions. This animated loop shows how deserted spaces continue.

Collecting beautiful road stories for film lovers, the On the Road section’s first movie is “Les Heros Ne Meurant Jamais” (“Heroes Don’t Die”). In the interesting story of the film, a stranger in a Paris street mistakes Joachim for a soldier who died in Bosnia on Aug. 21, 1983, which is the date of Joachim’s birthday. He is annoyed at the prospect of being the reincarnation of the man and decides to go to Sarajevo with his friends Alice and Virginie. In this country, filled with the ghosts of war, they dedicate themselves to follow the traces of Joachim’s previous life.

French director Aurel’s “Joseph” brings the story of two men becoming friends beyond barbed wires. Overwhelmed by the influx of Republicans fleeing the Franco dictatorship, the French government places them in concentration camps. In this camp, we see the friendship of a gendarme and a painter. The movie tells the true story of Josep Bartoli, an anti-Franco militant and exceptional artist, from Barcelona to New York.

The festival’s most fun section is surely separated for children. The first movie of the section is “Un Lynx Dans la Ville” (“A Lynx in the Town”). In the animation, a curious lynx, attracted by the lights of the neighboring city, leaves its forest. It has a lot of fun here before falling asleep in a parking lot. Early in the morning, stunned city dwellers find this strange animal covered in snow.

The second animation “Maestro” presents a cute animal story for children. In the middle of a forest, a herd of wild animals sets up a night opera led by a squirrel.

Another animation that I will mention is Loic Bruyere’s “Le Spectacle de Maternelle” (“The Kindergarten Show”). In a theater, an owl headmaster tries to present a kindergarten’s end of year show. Unfortunately for him, the evening will not go as planned because events take place before the curtain even goes up.