Story of Turkey's national anthem to be adapted into movie 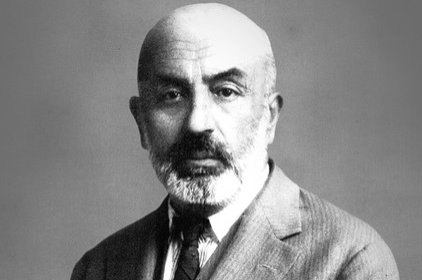 The story of the creation of the Turkish national anthem, one of the symbols of Turkey's independence, is set to be adapted into a screenplay with sections from the life of its author, Mehmet Akif Ersoy. Written by Hakan Haksun, directed by Kudret Sabancı and produced by Tarçın Film Production, the movie – simply titled “Akif” – will offer moviegoers the chance to witness the life story of this fascinating figure.

Consultants for the film, which will be shot in Istanbul, Ankara and abroad, include Ersoy's granddaughter Selma Ersoy Argon, Fatih Bayhan, the editor-in-chief of Sebilürreşad magazine, Yüksel Yalova, former Minister of State Yüksel Yalova and professor Yasin Aktay.

Although auditions for the actors are still ongoing, the filming will begin in September. The movie will be produced to mark the 100th anniversary of the official recognition of Turkey's national anthem, "İstiklal Marşı" ("Independence March"), on March 12, 2021, and is scheduled to be released for moviegoers on the same date.

Speaking to Anadolu Agency (AA), Bayhan stated that though most young people know Ersoy as the writer of the national anthem, many are unaware of the part he played in the national struggle for independence, among other aspects of his life. He noted that at the Sebilürreşad journal, the first in which the "Independence March" was published, they had delivered over 400 lectures in an attempt to narrate Ersoy's life, alongside specially prepared books and plays.

Lamenting the lack of motion pictures about Ersoy's life, Bayhan continued: “We have been working on this film for three years to have it ready by March 12, 2021. At the center of the film will be the story of the writing of the national anthem. Of course, Ersoy's life story will also be told. The period of national struggle, the opening of the First Assembly, the speeches he delivered about "Kuva-yi Milliye" ("National Forces") in Anatolia and his works to inspire the nation. All this will be featured in the production. These are also the stories of our struggle for independence. We will offer the story of the national struggle from Ersoy's perspective.”

Selma Ersoy Argon also said she was very happy to receive news of the upcoming feature, stating: “It is nice to have a work in which our grandfather Mehmet Akif Ersoy's works and life are beautifully explained and for the process of writing the national anthem to be presented to audiences. Indeed, the life of Ersoy is a perfect and immaculate one. People need to know Mehmet Akif well.”

Argon has also worked with Sebilürreşad magazine, a consultant during the production of the film, saying: “I wholeheartedly thank those who will make the film for taking action in this regard.”